Today, July 19, representatives from Europe gave the final continental report. “Europe is a complex situation,” said Fr. José Agostinho Figueiredo Sousa, provincial superior of Portugal. “There are many societal challenges, but that is the reality in which we live and must take action as Dehonians.”

Europe is the birthplace of the Priests of the Sacred Heart and traditionally, its center. Home to the congregation’s first provinces, it is the springboard from which the Dehonian charism spread to the world. Now, Dehonians of Europe ask “Who are we now? How are we, as Dehonians, called to be present?”

The congregation has diminished in Europe. Vocations are less, and the average age of most entities has risen. Financial resources have decreased. Large buildings that once overflowed with students preparing for religious life and the priesthood now sit empty, or with just a skeleton of a community.

Yet in a world that seems increasingly divided, the Dehonian message has much relevance.

The congregation has an historical legacy in Europe, but it is not found only in its buildings and other foundations. “It is in the rich heritage of our people, our charism,” said Fr. José Agostinho. “We are prophets of love and servants of reconciliation.” 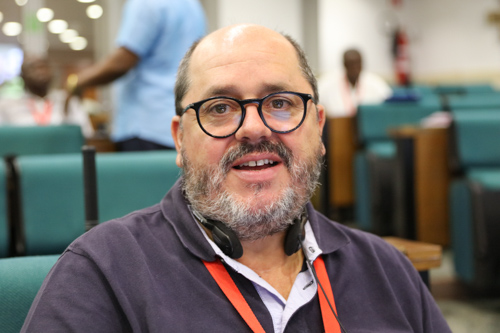 There is a strong history of spiritual, theological and intellectual formation in Europe. This is a resource for the congregation. There are thriving volunteer programs that offer young people an opportunity not just for “missionary tourism” but instead “a real pathway for true formation and growth,” said Fr. Stefano Zamboni of the North Italian Province.

Cooperation and collaboration between the European entities is growing. The continent’s major superiors meet regularly; there are shared formation programs. Europe has an active Dehonian Theological Commission. 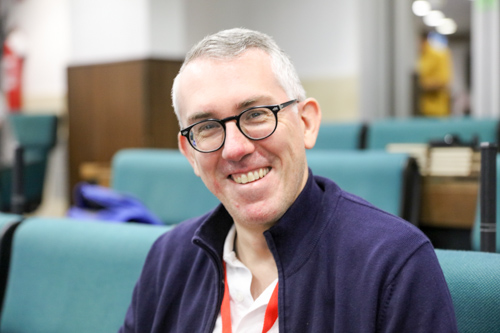 There is a strong history of mass communication. Could something like Settimana News, an online magazine of the North Italian Province, be expanded to give a Dehonian voice to issues across Europe?

As other continents cited in their reports on Tuesday and Wednesday, internationality and interculturality are significant issues for SCJs in Europe. How can the congregation –– throughout the world –– live and minister together as confreres, not just as visitors and hosts?

And how can it be a positive voice in a world that itself struggles with multiculturalism? 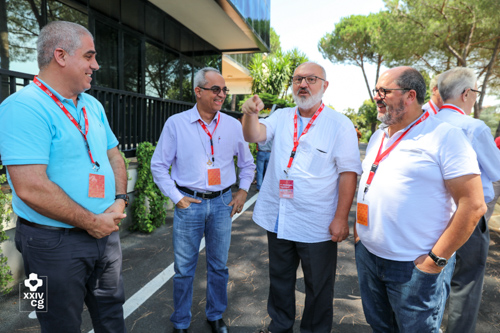 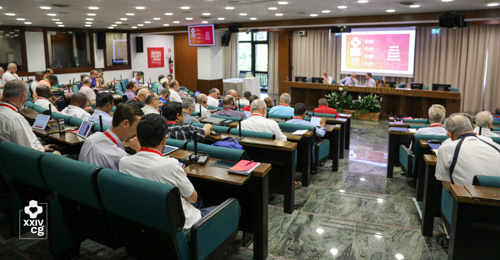 Chapter delegates sang Veni Creator Spiritus and Fr. Stefan Tertünte, moderator, read Constitution 132 which outlines the election process. He then gave an overview of the rest of the day. This afternoon would be devoted to reflection and prayer, individually or with others. Before concluding for the day delegates would return to the meeting hall to place three names, in order of preference, on a straw ballot. This is a discernment vote; results will be distributed to delegates in the evening.

The canonical election for the Superior General begins tomorrow, July 20. 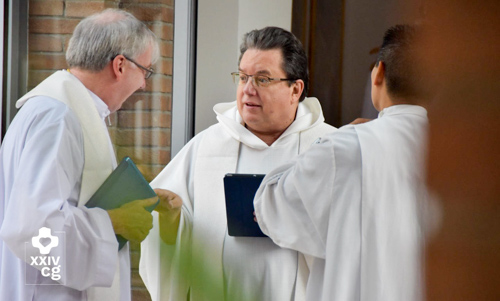 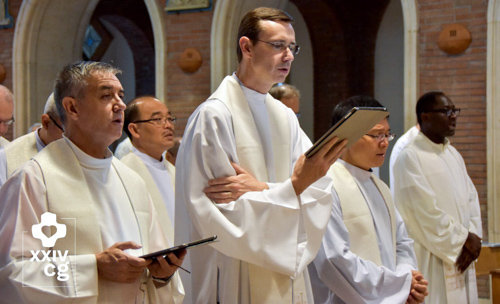