Yesterday, the chapter focused on the State of the Congregation. Today the spotlight turned to the congregation’s finances.

Fr. Luca Zottoli, general treasurer, began his report by noting three key issues identified by the 2015 General Chapter: financial independence, aging and vocations. “These continue to be crucial issues for the congregation; the general administration kept these issues in mind as it developed its economic policies,” he said.

In the programmatic letter released at the beginning of Fr. Heiner Wilmer’s administration, 13 of the 46 actions identified were related to financial concerns. The proper administration of finances is a vital part of religious life, not separate from it.

Previous chapters have talked about the decline of vocations in the northern hemisphere, as well as the rising average age of members of the historical entities of the congregation. Now, the effects of these trends are more obvious. “Historical entities are losing their economic strength,” said Fr. Luca. “Already, younger entities that have been economically dependent on historical ones are noticing a reduction in their financial support.

This means that the congregation must regulate inter-congregational support so that funds are dispersed prudently. “Good planning is key for all entities as each works towards the goal of financial self-sufficiency,” said the general treasurer.

All entities called to financial management

“There are no rich entities and no poor entities,” emphasized Fr. Luca. “There are no parent entities or child entities. All entities are sisters called to manage their patrimony, their resources, regardless if they are large or small.”

The general treasurer spoke of several possibilities for the future, including the establishment of a Project Development Office. This would be “a bridge between the entities in need of support for their missions and non-governmental, governmental and religious bodies which provide contributions for social, educational and health purposes,” said Fr. Luca.

Villa Aurelia and the Generalate

The General Treasurer’s office does not only have responsibility for the wide-ranging financial concerns of the congregation, but also for those close to home. Fr. Luca talked about the complex financial realities of the General Curia, the International College and Villa Aurelia. In recent years there has been greater financial separation between these entities.

Long-range financial planning is key to maintaining Villa Aurelia and the Generalate. “The general house is like a building site where work is always in progress,” said Fr. Luca. There have been renovations to the library and the roof; water drainage and other structures had to be repaired due to earthquake damage. In the future, the heating-cooling system, as well as the electrical system, will be upgraded. 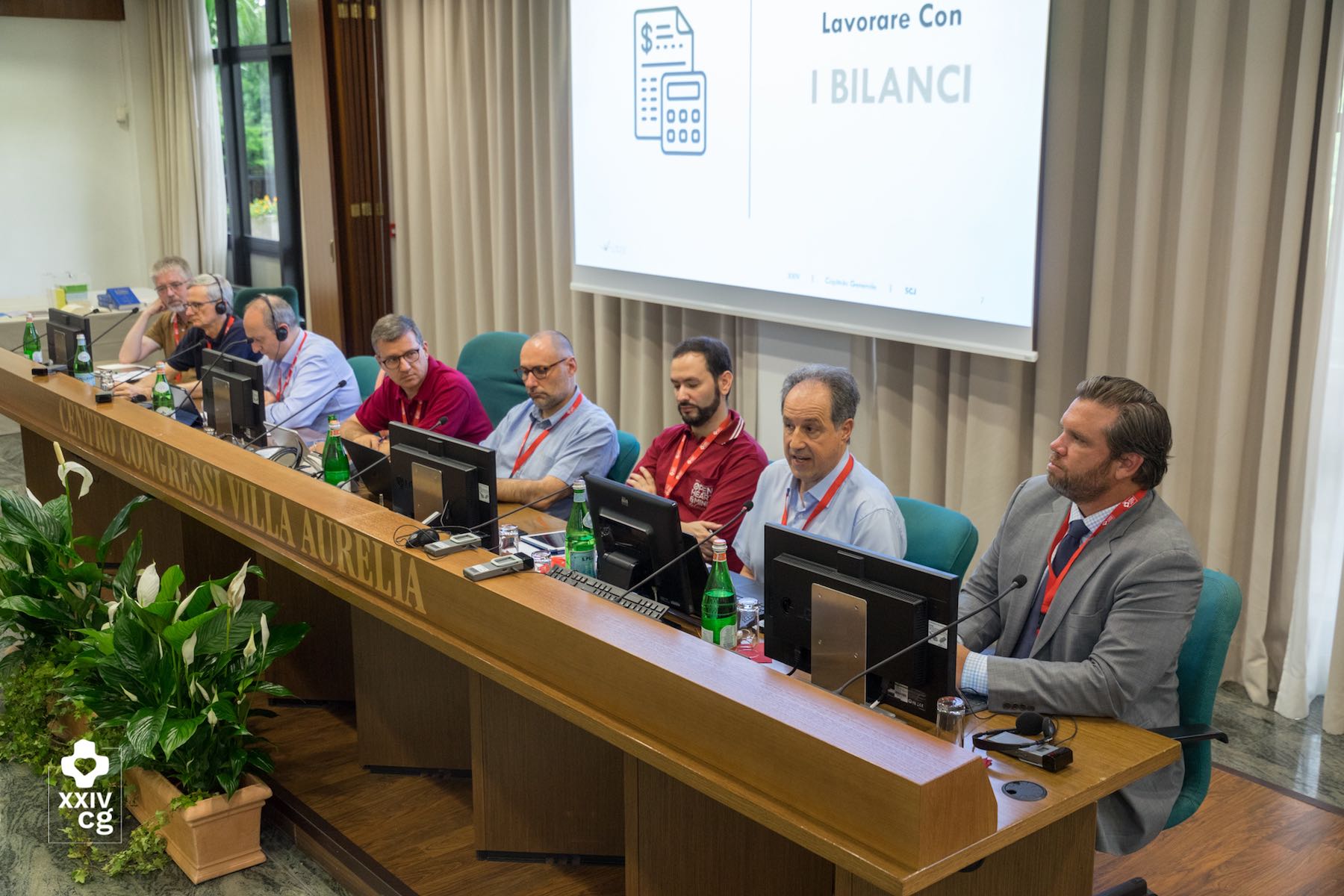 Report of the Financial Experts Committee

Chapter regulations require that a committee of experts reviews the financial accounts of the entities and curia. Those who served on the committee at the previous chapter were asked to do so again: Fr. Giacomo Cesano (ITS), Mr. Garret Stinson (USA) and Mr. José M Gutiérrez (ESP).

“The General Curia submits well-balanced financial statements with a good level of continuity year after year,” said the committee in its report.

However, the committee also noted challenges and offered suggestions for the future. Short and long-range budgeting is essential in all the entities. This includes everything from formation costs to anticipating major maintenance expenses. The committee suggested the development of a template for annual financial reports that could be implemented throughout the congregation.

Each entity must commit itself to developing income resources. New ways of seeking benefactors should be explored.

The previous General Chapter suggested that a support team be established that could help entities with financial skill development or to serve as a resource when an entity has a major financial question, such as the disbursement of an unneeded property. Committee members endorsed this recommendation.

Economic formation is vital; more members of the congregation need financial training not just to serve as entity treasurers, but to have the background needed to make appropriate financial decisions that concern ministries and local communities. 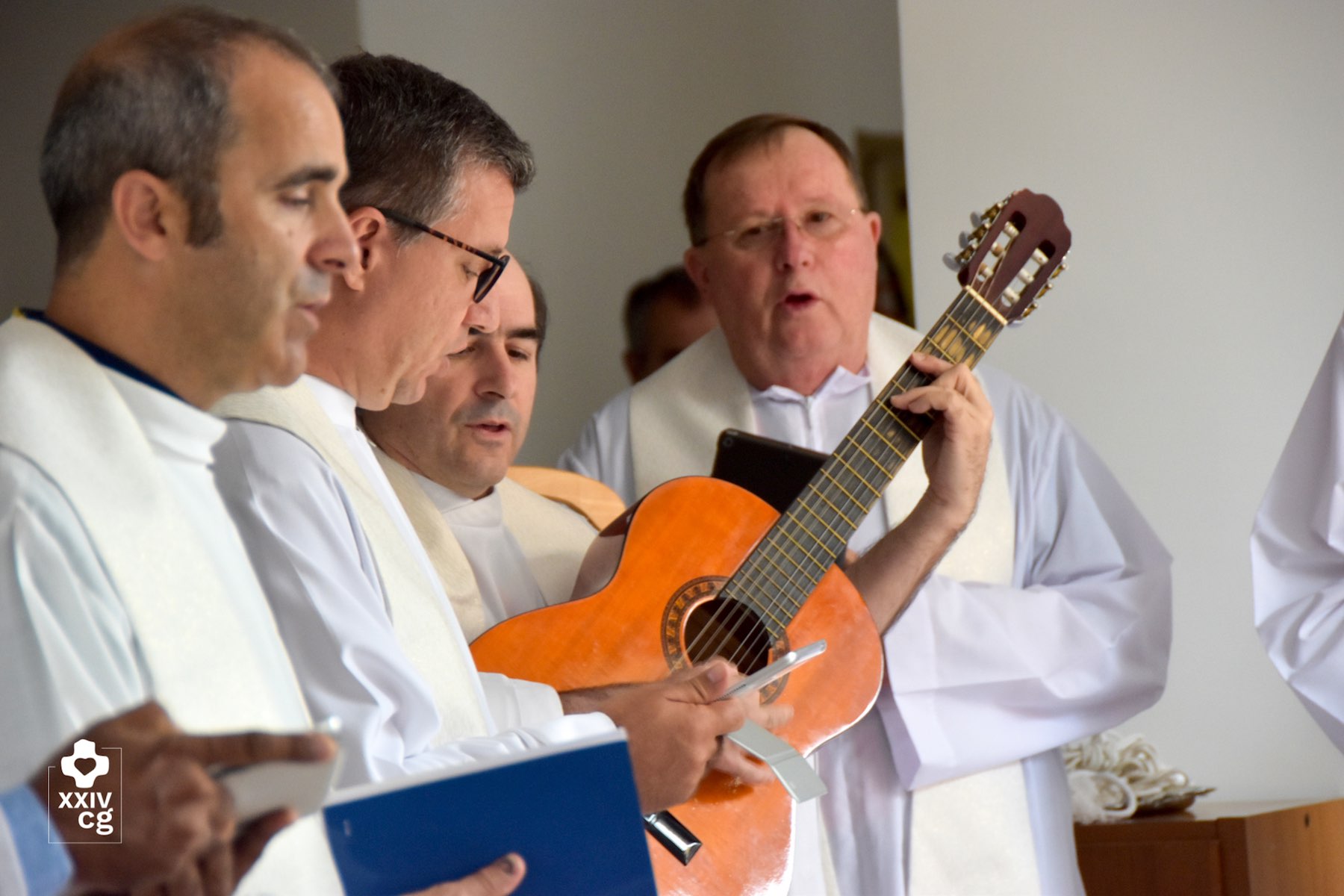