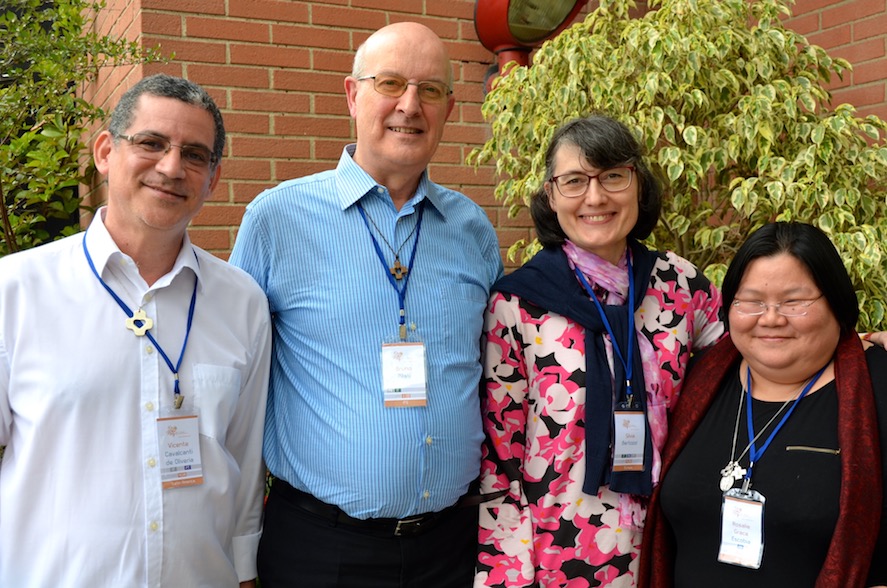 Often the challenge of good ideas is to find people who have the time and resources to implement them.

But who will create the communication networks?

Formation at all levels is essential in spreading the charism of Fr. Dehon. It can be an invitation to others, or ongoing spiritual nourishment for those who have been with the Dehonian Family for many years. The Spiritual Path (Iter Formativo), a four-year formative guide to Dehonian spirituality, is nearing completion. Yet who will move it forward, who will ensure that it is translated fully and adapted to local realities?

Many smiles are found in the “family photo” taken at the Dehonian Family gathering. Just as with any family, it is good for members to come together in assembly, to have a family reunion.

But who organizes it?

And as with most good ideas, there is often the question of finances. How will the Dehonian Family support its efforts? A common fund was suggested, a financial resource for all members of the Dehonian Family. But how would that fund be filled? With donations? Fundraising? Dues split between the various groups within the Dehonian Family?

Overwhelmingly the delegates to the Dehonian Family Conference agreed that there needs to be an International Coordinating Group to begin to answer these questions, as well as develop organizational structures at continental and international levels.

Participants at the May 13-16 conference identified priorities for the future. The implementation of those priorities has been entrusted to the International Coordination Group.

One of the last acts of the conference was to endorse the members of the group, the ICG. Several names are familiar because they served on the initial ad hoc committee established in 2014: Fr. Bruno Pilati, SCJ, Rosalie Grace Escobia and Silvia Bertozzi. New is Vincent Bruono Cavalcanti de Oliveria. Their term is for three years. Ida Coelhjo of Brazil was thanked for her service on the initial committee.

The day  –– and the conference –– ended with Mass celebrated with the Rome communities. Fr. Heiner Wilmer, SCJ, superior general, was the main celebrant. Among the concelebrants was Archbishop Claudio Dalla Zuanna, former vicar general and now archbishop of Beira, Mozambique. He is visiting with the community this week.

Fr. Heiner ended the Mass by thanking the Dehonian Family for its presence. “We need each other, we must pray for each other,” he said.

Click here to view all of the photo albums.

The Spanish initiative “Church for Work with Dignity” launches website

The Spanish initiative “Church for Work with Dignity” launches website