To Caesar What is Caesar’s

In today’s Gospel (Mt 22: 15-22), we find a lapidary phrase of Jesus: “Render to Caesar the things that are Caesar’s, and to God the things that are God’s”. A phrase with which he breaks the dilemma presented by his interlocutors who wanted to make him fall into the trap of choosing between “Law” and “Rome”.

Various readings have been made of this sentence, most of the time accommodating and favorable to the interpreter on duty. Among the most frequent, I believe, it has been said that Jesus affirms a kind of separation of power. On one hand “God” and the other “Caesar”. Two independent areas between which there are no connections whatsoever. The life of the believer must attend to his religious duties on the one hand, and on the other hand, he must attend to the duties of civil or public life according to the laws of the “republic”.

It is far from the intention of Jesus to divide the world into two sectors or watertight compartments. God encompasses everything and “Caesar” is subordinate to God. If “Caesar” asks for absolute submission to his power over the inalienable rights of man, then “God” sides with the oppressed and the poor. God is not indifferent to what happens in history. God “hears” the cry of His people.

It is clear that &quot;Caesar&quot;, whoever he may be throughout the ages, has his own field of autonomy which must be respected and recognized in every time and place; but no Caesarism is admissible because man is the image of God and has absolute and inalienable value.

By virtue of the supposed division of powers between God and Caesar, the intention has been to put into the sacristy; every possible action of the church and of believers. The voice of the Church is intended to be reduced to the private sphere and to leave it is to enter another sphere that does not correspond to it. The believer is denied the possibility of asserting his convictions in the dynamics of public life.

Pope Francis, in his most recent encyclical „Frattelli tutt“enters into this field which he will call the exercise of social charity and tells us in number 276:

“ For these reasons, the Church, while respecting the autonomy of political life, does not restrict her mission to the private sphere. On the contrary, “she cannot and must not remain on the sidelines” in the building of a better world, or fail to “reawaken the spiritual energy” that can contribute to the betterment of society. It is true that religious ministers must not engage in the party politics that are the proper domain of the laity, but neither can they renounce the political dimension of life itself, which involves a constant attention to the common good and a concern for integral human development. The Church “has a public role over and above her charitable and educational activities”. She works for “the advancement of humanity and of universal fraternity”. She does not claim to compete with earthly powers, but to offer herself as “a family among families, this is the Church, open to bearing witness in today’s world, open to faith hope and love for the Lord and for those whom he loves with a preferential love. A home with open doors. The Church is a home with open doors, because she is a mother”. And in imitation of Mary, the Mother of Jesus, “we want to be a Church that serves, that leaves home and goes forth from its places of worship, goes forth from its sacristies, in order to accompany life, to sustain hope, to be the sign of unity… to build bridges, to break down walls, to sow seeds of reconciliation”.

I also want to highlight from the gospel the description of Jesus made by his enemies. A praise in all its rules, which will be flattering in its intention, but which is true. We know you are sincere. In Jesus there is no duplicity. His saying is a true reflection of what he has in his heart. He never lies. You teach the way of God according to truth. Jesus is recognized as a teacher. He points us with certainty and truth to the way that leads to God. He is the Truth. You care for no one because you do not look at appearances. He cares for everyone because everyone is important to him. That’s why he doesn’t care about telling the truth in front of important people. He does not hesitate to disqualify Herod or to call those who were praising him hypocrites. He does not seek the ´politically correct´ but seeks the correct from the Truth or from the Law indicating the divine will which is the reflection of the truth that is in God.

He does not look at appearances. What counts is the heart. 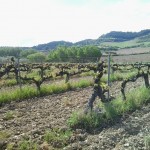 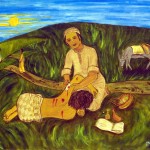