Visit of the Superior General with the Dehonians of Congo

Events » Republic of the Congo

The DRC Province is one of the oldest entities of the Congregation. The visit of the Superior General was an act of gratitude, closeness and encouragement, in memory of 125 years of Dehonian presence in the Congo.

The Democratic Republic of Congo (DRC) Province is one of the oldest entities of the Congregation. In the book by Father Savino Palermo, SCJ entitled: “For the Love of my People”, he points out that the pioneers of the mission in the Democratic Republic of Congo were the two Fathers, Gabriel Grison and Gabriel Lux, who arrived in Stanley-Falls on September 21, 1897. And it was on December 25 of the same year that Fr. Gabriel Grison, SCJ officially inaugurated this mission. This is the date of the creation of the SCJ mission in the DRC.

We wanted to begin our article with this historical slice, simply to show why this year’s canonical visit of the Superior General to the DRC was so special. As we know, this year the DRC Province celebrated, in anticipation on October 23, its 125 years of SCJ presence in the DRC. We would like to express our sincere thanks to all the SCJ entities who honored us with their presence in various ways, either through messages of congratulations and encouragement, or through donations and financial support, and still others through their physical presence at this great historical event of the Congregation. A big thank you to the General Administration for its accompaniment and support of all Azymites. This celebration was an opportunity for us to taste, once again, the precious gift of the SINT UNUM that characterizes us as Dehonians.

To return to the canonical visit, it was on November 25, 2022 that Fathers Carlos Luis Suarez Codorniu, SCJ, Superior General and Charles Koudjou, SCJ, General Councilor in charge of Africa and Madagascar, set foot on the soil of the DRC. Immediately the next day, he began the visit of the confreres in Kinshasa (western part of the country) before joining, on November 28, those (the great majority) in the eastern part. It took him the whole month to be able to visit the SCJ communities of the DRC, because of the chaotic and critical conditions of travel (or travel conditions) and the roads that are still difficult or even almost impossible to cross. Despite these difficulties, the Superior General visited almost all the SCJ communities in the DRC. He certainly needed some more time with us, but due to the multiple responsibilities and burdens that awaited him, he could not stay longer than expected.

The Superior General was determined to meet each confrere in his mission area. That is why neither the rain nor the conditions of accessibility, as difficult as they were, could hold him back. Among the memories of the trip, we highlight a journey that took us 25 hours without stopping, by road, for a distance of about 700 km. Another important moment of one of his trips was a night spent in the middle of the forest, in the mud where our vehicle was blocked. Not knowing how to go forward or backward, we had no choice but to stay in place, after having worked in vain that night, peel and hoe in hand, without any solution. For a distance of 60 km, another trip had taken us 4 hours by motorcycle. Here we had moments when we had to abandon the road to look for alternatives in the forest, moments when we fell, etc. One of the episodes of this fabulous trip was when the Superior General was stuck in a layer of mud. It was necessary to intervene to pull him out. In spite of all this, the trip went on with a lot of smiles and joy. And this is where I understood a popular saying that where there is love, there is a way. Another of the most touristy trips was the one on the Congo River. For a distance of only 300km, it took 24 hours of travel, without stopping. This was one of the most difficult trips. We had to endure and face the sun, the rain and the cold on the river. With this experience, it is easy to understand the hymn of Saint Paul about love: “Love is patient, love is helpful, love does not boast, etc., but finds its joy in what is true, just, good” (1 Cor 13,4-8); and of the pains endured by the pioneers to bring the Gospel.

He knows how to sow joy wherever he goes. As for the Congolese, singing and dancing are the very expression of the feeling that inhabits him, he did not hesitate to jump in immediately, when the opportunity arose, either to dance, or to play, or to create an atmosphere of joy where he was. It doesn’t matter to him what the environment is, he can adapt to the reality of his environment right away. Regardless of his rank, he lowered himself to the level of each person and this facilitated an atmosphere of trust and open dialogue with people. His attention was not limited only to the SCJs but also to all the other pastoral agents who collaborate in the mission of proclaiming the Good News to the people, in collaboration with the Dehonians. It is in this perspective that he had to meet with several other religious congregations, among them that of the Holy Family (or Jamaa Takatifu), a female religious congregation, founded by one of the SCJ confreres, from which came Blessed Sister Anuarite Nengapeta, a martyr in Congo. He also did not miss the opportunity to make a pilgrimage to the place of the martyrdom of the Blessed and to her tomb, located in Isiri.

125 years of evangelization of the SCJ presence

It was only on the eve of his trip that we finally understood the reason why the Superior General had chosen to spend the entire Advent season and to celebrate Christmas with us in the DRC. In fact, in his farewell address to the SCJs of the Province, gathered at the Sacred Heart House, Provincial House, he said that he was overwhelmed with emotion at the Eucharistic celebration on December 25, 2022. 125 years later, he was finally in the place where the mission of the DRC began, in the parish of Saint Gabriel, on the very anniversary of the date of its creation. For him, it was a nostalgic moment that covered him with many feelings of faith, joy, gratitude, missionary ardor, etc. Let us note that two weeks before, he had gone to the parish of Saint Mary of Basoko, which was also celebrating its 120th anniversary. What can we say about this testimony? Just a big thank you to the Superior General for this moment which was well chosen to live the 125 years of SCJ presence in the DRC, the very place where this mission began and which, according to history, saved the Congregation which was threatened with closure. Our reverence to the Venerable Father Founder who was guided by the Holy Spirit to send missionaries to this mission field. Our homage also to Father Gabriel Grison for the seeds he sowed in the good soil, fertile soil, to all the missionaries who had followed in his footsteps. Thanks to their bravery and to the blood of many missionaries poured into the DRC, in several provinces of the country, the name of the Priests of the Sacred Heart of Jesus, inspires respect, trust and gratitude. 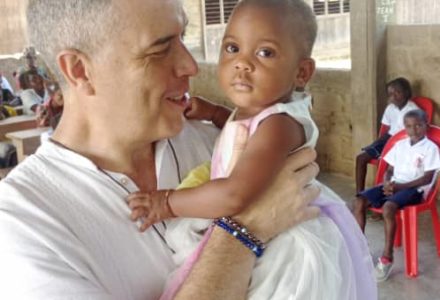 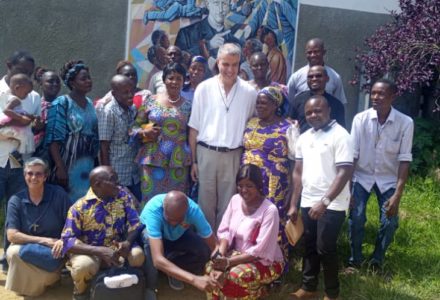 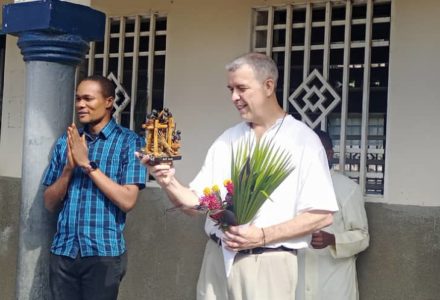 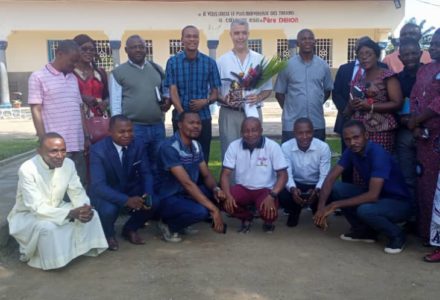 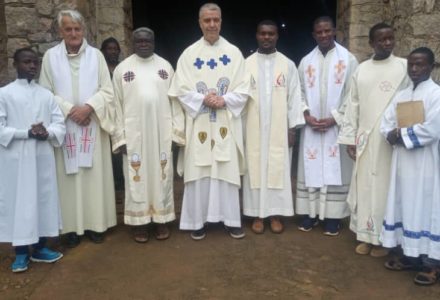 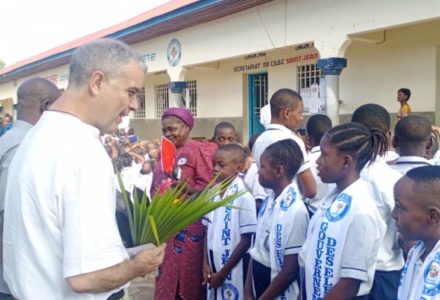 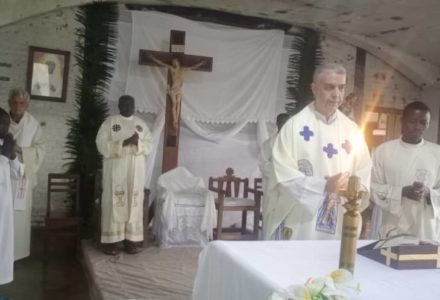 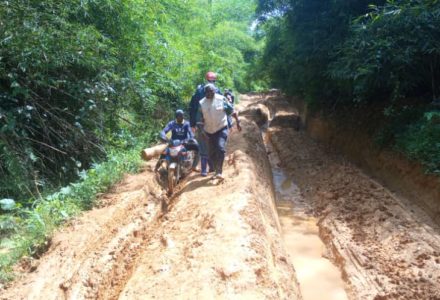 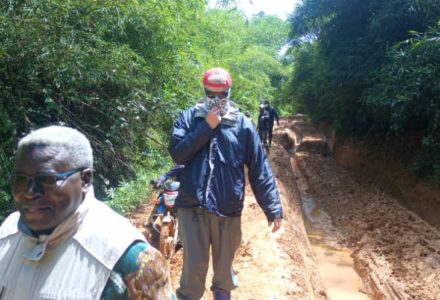 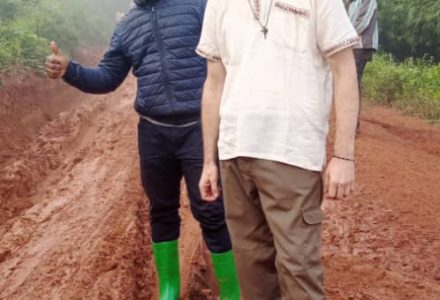 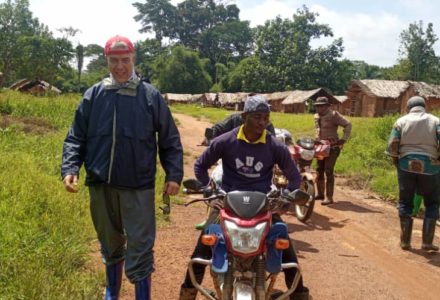 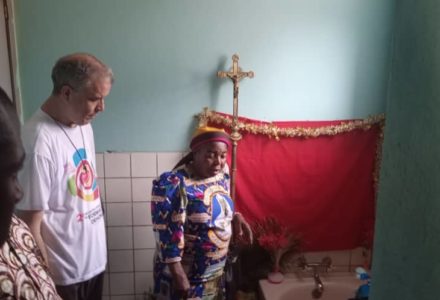 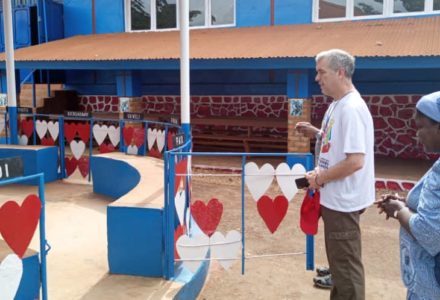 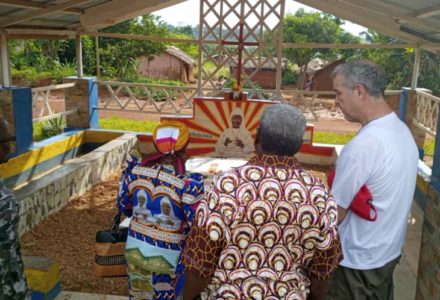 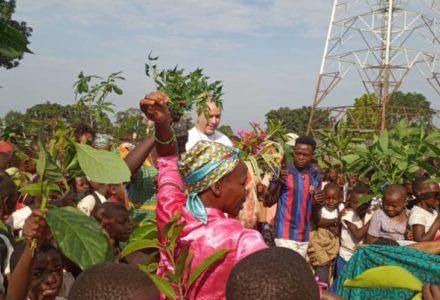 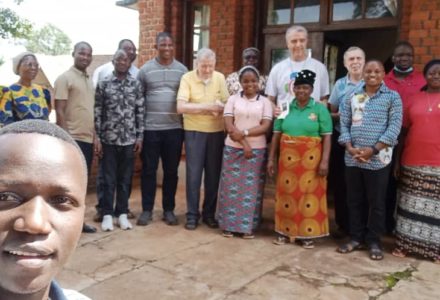 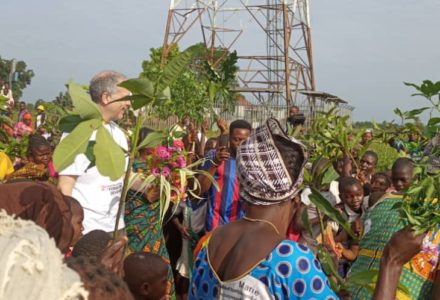 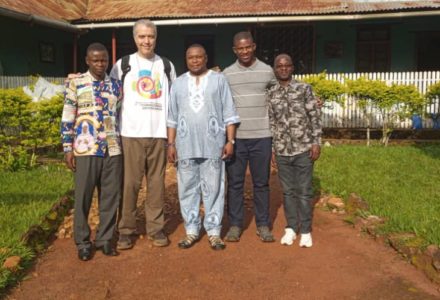 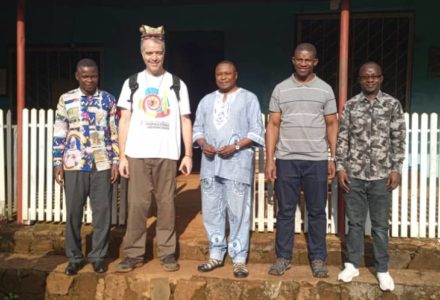 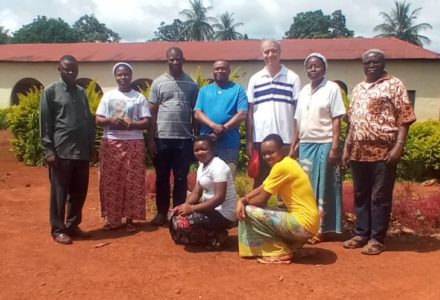 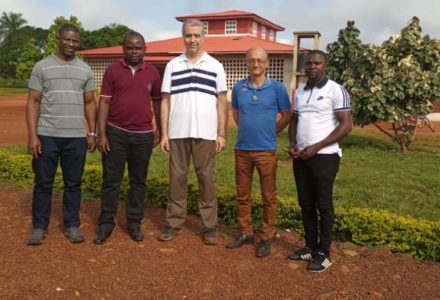 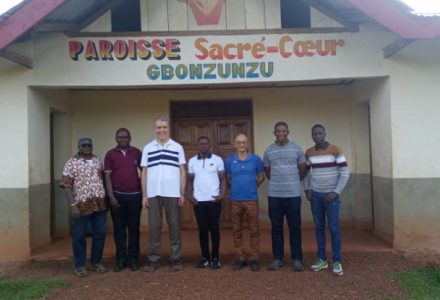 "Thanks be to God for the graces He has given" 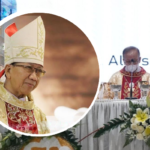 Celebration of the archbishop’s golden jubilee of priesthood

Celebration of the archbishop’s golden jubilee of priesthood

"Thanks be to God for the graces He has given"