This also casts a shadow on the present American choices on China. If Washington was wrong in Afghanistan 20 years ago, can it be right now about the “Middle Kingdom” and its ongoing confrontation?

Besides, perhaps it won’t be the end of the world for the United States.

America will keep a presence in Kabul and other centers. There are anti-Taliban guerrilla groups everywhere, the Taliban are divided, and in 2002, it took the US only a few weeks and a few million dollars to take the whole country.

In the future, what will it be?

The history of Western presence in Afghanistan is awful, and, in that, there is also a seed of the current clash with China. If Afghanistan and Iraq had been well managed, this could have kept China more on its toes. These failures contribute to convincing Beijing that the West is in decline. Still, it is necessary to recognize mistakes and not stick with them. Errare humanum est, perseverare autem diabolicum.

The mistake, with hindsight, perhaps was to believe that democracy could be exported like Coca-Cola. At the time of the revolution in Egypt against Mubarak, the US decided to keep al-Sisi in reserve if the Muslim Brotherhood proved fanatical. This was the case, and al-Sisi saved the day.

Al-Sisi may be horrible to the Western palate, but the Brotherhood was worse. Today, Egypt is no paradise, but it is better off than Afghanistan or Iraq.

In the case of Afghanistan, the failure to capture bin Laden immediately, the master minder of the 9/11 terrorist attack, complicated things for years, as David Frum explained. It made it impossible for the US to withdraw without retribution for the gravest assault on American soil since Pearl Harbor.

However, under the surface of the present disaster, there is also a different story: America can be insane, but it is still powerful. It sustained 20 years of useless war, and now it starts all over again.

On the other hand, it is not simply a matter of strength. The US has to get over the scorn for the lack of practical intelligence. Chasing dreams of democracy where there are no basic facilities and people can’t read and write is nonsense; as it is nonsense not to seek a liberal evolution when countries grow robust, organized, and wealthy. To refuse a liberal society would turn the whole world into a battleground of selfish, nationalistic tyrants. It is essential to tell the difference.

Practically now, the present rapid collapse of the official Afghan army reveals that the military was either in cahoots with the Taliban or full of double agents. The US was on top of a building full of nothing but woodworms and still managed to pull it through, moving out of Afghanistan.

This is like the story of Hannibal that the Greek Polybius was telling his fellow Greeks. It doesn’t say that Hannibal was a great general. It says that Rome was invincible and that Scipio defeated Hannibal by learning from him and improving his methods.

Then there is a geopolitical plus for America. China is left handling prickly Afghanistan. Beijing faces complex conundrums at the moment.

If Beijing gets very involved in it, sends many troops, and establishes a strong presence, it may turn up to be terrible because China could have to run it like the US and Russia tried to do. If China keeps aloof and gets involved too little, the Taliban may contaminate Xinjiang and Chinese Muslims. A middle ground is difficult, but China is very clever and can’t be underestimated.

The Taliban are not a unitary entity but a fluid alliance of different bands with different agendas. Unless one influential overlord emerges, vanquishing all others, they will spread like spilled water.

Besides the US, India, Iran, or Russia continue to have many assets, and they may not be in line with Chinese plans.

In addition, Pakistan is a sponsor of the Taliban and a friend of China but has longstanding bonds with the US. Now Pakistani relations with the US are weakened because of American better ties with India, but they are not gone. Pakistan is a master juggler of politics with many players, and it is unlikely to toe the Chinese line simply.

The Chinese will also try to keep relations with everyone, but it is a new and dangerous space because of the ongoing Cold War with the US.

All in all, it is another border problem when Beijing already has Myanmar and North Korea. This is perhaps an extra bonus for the US.

For America, however, it is also time for deep reflection and explanation over what is happening with China and the world’s future. 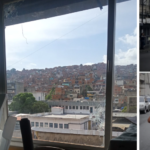 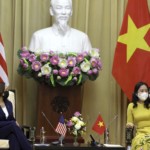