In Venezuela, at the end of a conversation with someone when saying goodbye, it is customary to say: Take care! It has become a habit to say this word when we say goodbye. It is not said lightly because many Venezuelan families have had to mourn for a relative killed by a bullet, and robberies and kidnappings are frequent. This “taking care” has not lessened in these three days from July 6 to 8, 2021, and we are hoping that soon the situation will calm down. Throughout these three days there have been continuous shootings, with small truces, between mostly young armed groups of the Barrio,  and the Police, in what is called the Cemetery Barrio, in the South West of Caracas, where our Dehonian Parish “San Miguel Arcangel” is located.  These neighborhoods of Cementerio and Cota 905 are controlled by these armed groups and among them “los pranes”(the bosses) are known .

There has always been tension between the police and armed groups in the neighborhood, even negotiations, but this time the confrontation reached the limit. Terror and fear took over the population of the Cemetery because of the thunderous gunshots, simultaneously producing the barking of dogs and sounds of screaming and crying. In the messages we exchanged with parishioners texted, “this is very ugly”, “it is horrible”, “take care”.

From our terrace we have seen numerous police forces passing by; also some tanks. One of our terrace windows was hit by two shots. Since the 7th we have been without electricity in the entire area. Even today there are still many people who continue without electricity, worried that they will not have water and that the little food they have will be spoiled. After two days of hearing all kinds of sounds due to gunshots and grenade explosions, we decided early in the morning on the 8th to leave and go to our Seminary-Philosophy house which is further from the Cemetery and take shelter there.

As we left we saw many people coming down from the neighborhood, women with children, people with bags, backpacks, going to the house of an acquaintance or relative to take shelter like us in another place farther away from the area. In my mind at that moment I recalled the many people that I had seen on television fleeing from their homes with their few belongings because of the war, but that has now become a reality among the people of the Cemetery.

In our Seminary we have lodged other people from the Cemetery. In another house that we have on the same street of the Seminary an additional eight people stayed. In each face you can see the fear and tiredness. It is good that our Seminary has become a place of rest and relief for all of them. The religious and those in formation are working hard, with schedules disrupted, attending to people and multiplying loaves of bread (arepas) these days, but they understand that this is our mission: “Come to me you who are weary and burdened and I will give you rest” (Mt 11:28). 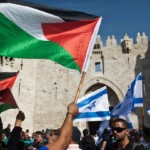 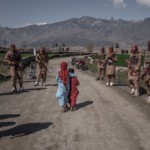 "We have seen a scenario of war in which we thought we were dying". Interview with Angelo Rangel, Dehonian layman and social activist of the San Miguel Arcángel del Cementerio parish in Caracas-Venezuela.