A life of evangelization through music

On June 8, Fr. José Fernandes de Oliveira, SCJ, turns 80. For most of those years he has been known as “Padre Zezinho,” a Christian songwriter and performer who has written over 1,800 songs and 80 books, and has recorded 120 albums. His concerts have filled stadiums and his radio show in Brazil continues to draw millions of listeners.

The youngest of six children from the Brazilian town of Machado (south of  Minas Gerais), he says that he inherited his love of music from his father, who also played the guitar. Fr. Zezinho professed his first vows with the Priests of the Sacred Heart in 1961, and did his seminary studies in the United States at Sacred Heart Seminary and School of Theology. He later received an honorary doctorate in Theology and Catechetics from the Catholic University of Paraná (Curitiba, Brazil) and an honorary doctorate in Communication and Theology from the Salesian University of Araçatuba in São Paulo.

Before his 80th birthday, Fr. Zezinho sat down with dehoniani.org for an interview to reflect on his life as a Dehonian, musician, songwriter and performer. The Q&A:

Music and storytelling have defined your ministry for as long as you have been a Dehonian, an SCJ. What came first, the vocation to music, or the vocation to the priesthood as an SCJ?

People give me titles, or descriptions, such as “storyteller,” “performer,” “composer,” and “writer.” I am those things, but it was never what I intended. As a child I dreamed of becoming a Dehonian priest in a parish. That was my vocation. But I never did become a parish pastor. My superiors encouraged me to evangelize with music, writing songs and performing, especially for young people. I think of Saint Efrem and the evangelization that he did through his words and music.

How did the songwriting begin? Was it a hobby, or did you always see it as a ministry?

It started as a hobby. But then young people, parishioners and fellow priests liked my songs. A group of Paulist Sisters, who had a recording studio in São Paulo, invited me to record four songs for our parish. I went, not realizing that it would become something much bigger. In three months, they had sold 3,000 of the records. It became a real “hit.” After that, my songs were played on the radio and television, as well as in performances on stage, streets and churches.

Songwriting became a profession, a ministry. In 1972 I wrote a song that translates as: “I had planned a life for myself, but God had his plans. And here I am doing what God decided for me and not what I had dreamed. But I am happier than what I could have ever imagined.”
That is how I feel about the songwriting and performances. It is not what I planned, not what I dreamed of, but it was the path that God set out for me. and I am happy because of it. 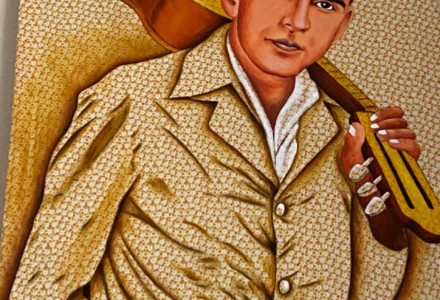 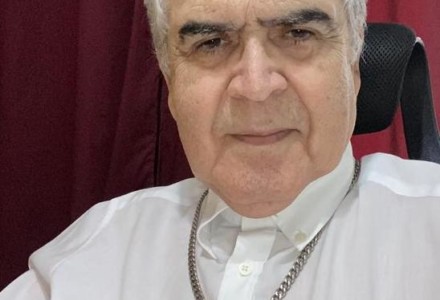 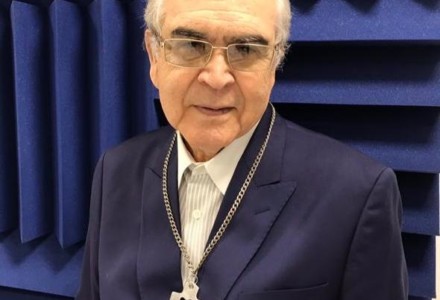 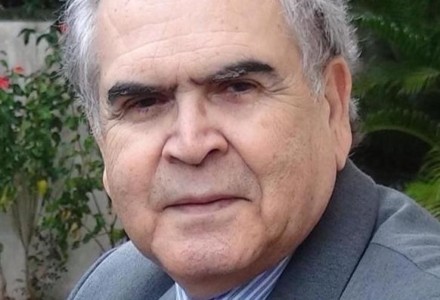 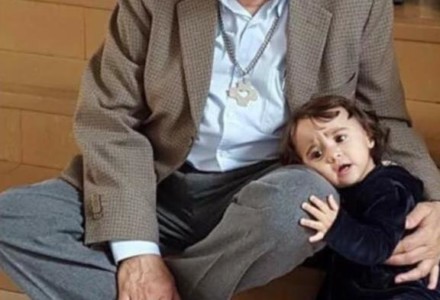 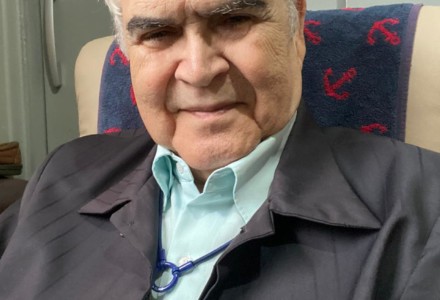 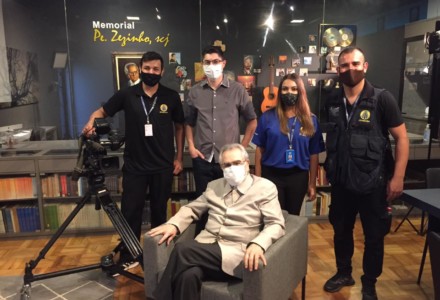 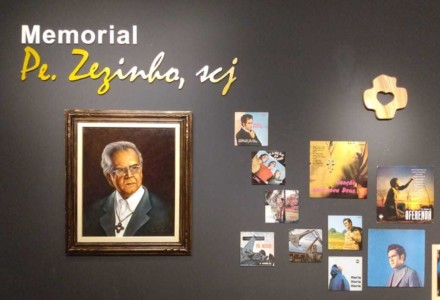 Describe your songwriting process, what inspires you to write a song, or a book?

I read, I reflect, and then try to convey the teaching of our Church in music and words. Sometimes I start with the words, sometimes the melody; sometimes the whole song seems to come all at once. God inspires, the work comes from heaven. I believe that music can be prophetic and that songwriters are used by God just as other prophets, just as in the psalms. We writers are used by God for His project. Priests, religious sisters and laypeople who write and perform are not special because of our music; the songs are always a secondary ministry. The songs are gifts for which we must be grateful and humble in receiving. It is important to remember that being well-known or famous is not the same as being wise.

Do you have a favorite song or book that you have written? If so, what makes it special?

Of the 1,800 songs that I have published, more than 500 have become “hits.” The Paulist Sisters are compiling these into a book. That response to the music is something that is special to me.

When did you begin performing your music; how did that happen?

It started in the parish with people joining in, clapping their hands. I was trying to make known the work and teachings of Vatican II at St. Jude in about 1967. Some objected to the new styles, “Who is this young priest subverting our youth?” they would say. Of course, there are still some who object to what I preach through my music. Change can be difficult. But others have suffered much more than me.

What has given you your greatest joy in your ministry as a performer? What has surprised you?

How has your ministry –– your songwriting and performances –– changed over the years? Is the emphasis different now than when you started?

I am always changing with our Church and with our Congregation. Rivers and brooks are constantly changing but they rarely run backwards. It is the same for me, or at least it is how I try to live.

What is your ministry like now that you are approaching 80? Do you continue to perform, to do your radio show, to write music or books?

I continue with my radio show; it has about 2 million listeners. After 40 years I left television due to health concerns. [Padre Zezinho had a stroke several years ago.] I still write books, articles and songs. But I left the stage and no longer travel. We have a studio in our house were our students in theology practice and record. Me too! I taught catechetics, speech and communication for 32 years so the studio has my nickname on the front. We produce our videos there. I am currently working on a book called Por Uma Comunicação Reparadora, or in English, “A Communication of Reparation.”

What advice would you offer a young person who wants to follow in your footsteps as a religious priest and musical performer?

To anyone who would want to follow in my footsteps I say: “I never wanted this.” It is the Lord, Jesus, who wanted this, the Dehonians, the Paulist Sisters, and the many bishops who requested the talents that were given to me as a gift from God. I obeyed, that’s how it has always worked for me, saying “yes.” In the Sacred Heart, I continue as a fellow Dehonian, as a fellow priest in service to others. 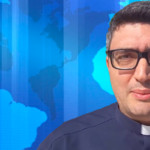 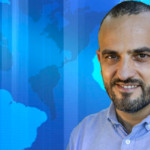