On the peripheries » Indonesia

Province of Indonesia has been into social ministry to assist the immigrants from East Timor, Fr. Laurentius Purwanto SCJ’s involvement in the ministry.

‘I don’t want to go back to my country, but to build everything from scratch is not easy and needs years of hard work’ says Mr. Alberto Baros, one of the migrates from East Timor. Dehoninas in Indonesia helps these people to build their dream to live in a country they love to be. JPR (justice, peace and reconciliation) commission takes charge of this ministry. Fr. Laurentius Purwanto SCJ heads the commission. According to him it is sacred heart of Jesus, who fuels him to carry on.

The historical background and need for this Ministry

Malaysia, Singapore and Thailand constitute as immigration hubs in Asia. Thailand receives most of its migrants from Cambodia and Myanmar, Singapore from Malaysia and Malaysia from Indonesia. Apart from being one of the most migrant sending countries, Indonesia also receives immigrants from the 191st member of UN, a country officially called as democratic Republic of Timor Leste (East Timor). This Southeast Asian nation gained sovereignty from Indonesia after referendum in 1999. Ever since they have been immigrating to Indonesia because in 1999 election supervised by UN the vast majority of East Timor voted for Independence from Indonesia, but the anti -independence militias unleashed a wave of retaliation that killed 1,400 people and forced 250000 people to flee. East Timor received its Independence in 2002 and first new nation of our current millennium is considered as one of the poorest countries in Southeast Asia. From East Timor people continue to migrate to Indonesia for better life. Aside from Philippines, Timor –Leste (East Timor) is Southeast Asia’s only pronominally Christian nation. Outside of Vatican City Timor –Leste (East Timor) has the highest proportion of Catholics among its population of any country in the world. There is a need in Indonesia to take care of these immigrants. Dehonians in Indonesia   under the JPR (justice, peace and reconciliation) commission renter their services to the spiritual, psychological and social need of the immigrants. JPR (justice, peace and reconciliation) heads by Fr. Laurentius with three young people as volunteers.

Dehonian impact to the life of immigrants

After the 1999 referendum event. Over the years they immigrated to the vicinity of ‘Atambu’ and ‘Kupang’(Both are cities in Indonesia). From there they have migrated to several other places in Indonesia: Kalimantan, South Sumatra, Riau etc. Fr. Laurentius works with South Sumatra immigrants. In South Sumatra the number of them is around 400 families. The numbers change every now and then because they come and go. They are spread across five districts and to 13 locations. Generally they work as palm oil harvesters. Each estate has their own struggle and story to tell. And geographically many are different from each other. Fr. Laurentius reaches out to every one of them despite of the hurdles. His presence brings a lot of joy their lives.

The Palm oil plantations are owned by both private companies as well as state-owned enterprises. They live as a group in company owned quarters separated from the local communities, because one palm oil estate is consist of minimum 80 acres to maxim 5000 hectors So the estates are placed far away in the inertial areas. The immigrates have to travel hours to reach for Sunday mass. Whenever Fr. Laurentius visits, he celebrates mass   at respective estates. After holy mass he gathers them together for sharing and guidance to motivate them to live a better life. He not only helps them to meet their spiritual needs but also gets involved to the advocacy assistance in cases of labor disputes to Mentoring complements to the occupation administration. Their character building and psychological training are his area of concern too. Through continues counseling and guidance Fr. Laurentius guides them. 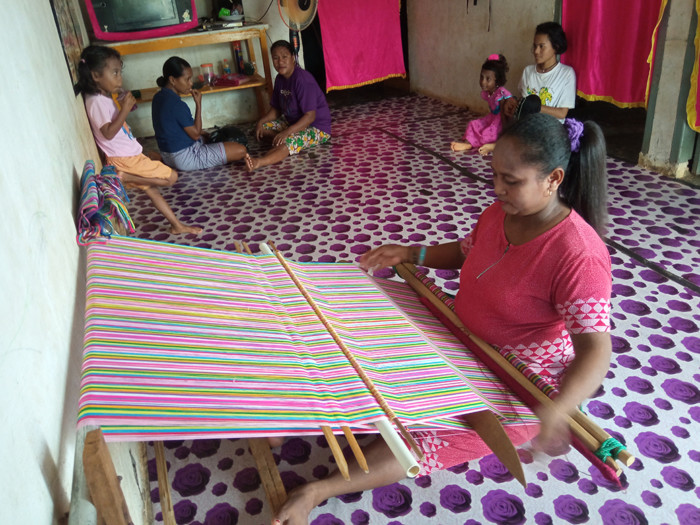 Fr. Laurentius promotes personal savings. There are a few families who have made their savings and bought their own land to build houses with wood and planning to upgrade it slowly. With the intention of making this ‘few’ to ‘All’, Fr. Laurentius provides domestic animals such as cows, goats and chicken to find their second income, the vast area of estate give enough place for gazing.

The women from East Timor are experts in weaving Tais. Tais cloth is a form of traditional weaving created by the women of East Timor. It is woven from cotton using combination of plain weave techniques, long and narrow panels of cloth often take days to complete. JPR promotes the weaving of Tais cloth among the women.

Challenges of immigrant ministry in Indonesia

Transportation is the biggest threat; Fr. Laurentius visits all the palm oil estate regularly. It takes days to reach the destination. The muddy and untidy roads make the travelling worse. Sacks of rice, packets of sugar and cooking oil are carried to distribute to the needy. The car has to pass through the cities, rural villagers, mountains and forests to reach palm oil estate. At times the tyres of the car can get stuck into the mud and unreadable rain can cause worst scenario.

Financial imbalance: The immigrants struggle to get the fair salary for their hard work. Wages are not received in accordance with agreement, workers are forced to accept the polices of the companies. The salary is provided two or three time in a month not at once. The immigrants are contract workers at palm oil estate, at any time companies can terminate the contract to make them unemployed and they will have nowhere to go. After the retirement at oil plantation they can no longer utilize the estate facilities and will be in need of a home of their own. They will have to save from their salary. So economical balance to life of these people is another challenge. So also for  Fr. Laurentius.

‘Migration’ is one of the most discussed and debated subjects of this decade, Migration happens everywhere in the world. Nearly half of all international migrants come from Asia, migration not only happen from continent to continent but also happens within the continent. The International Organization for migration (IOM) therefore defines a migrant as any person who is moving or has moved across an international border or within a state regardless of legal status, whether the movement is voluntary or involuntary, what the causes for the movement are, and what the length of the stay is. Dehonians in Indonesia are ready to reach out to every needful migrant in Indonesia with hands stretched wide and Fr. Laurentius leads the crew. 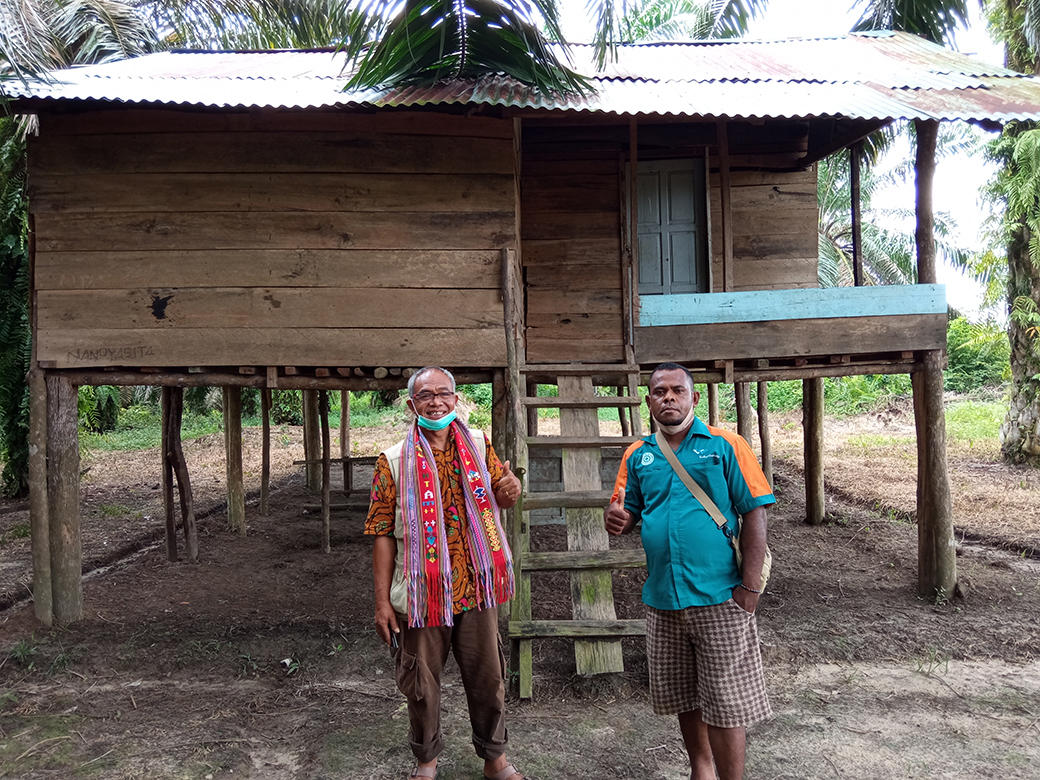 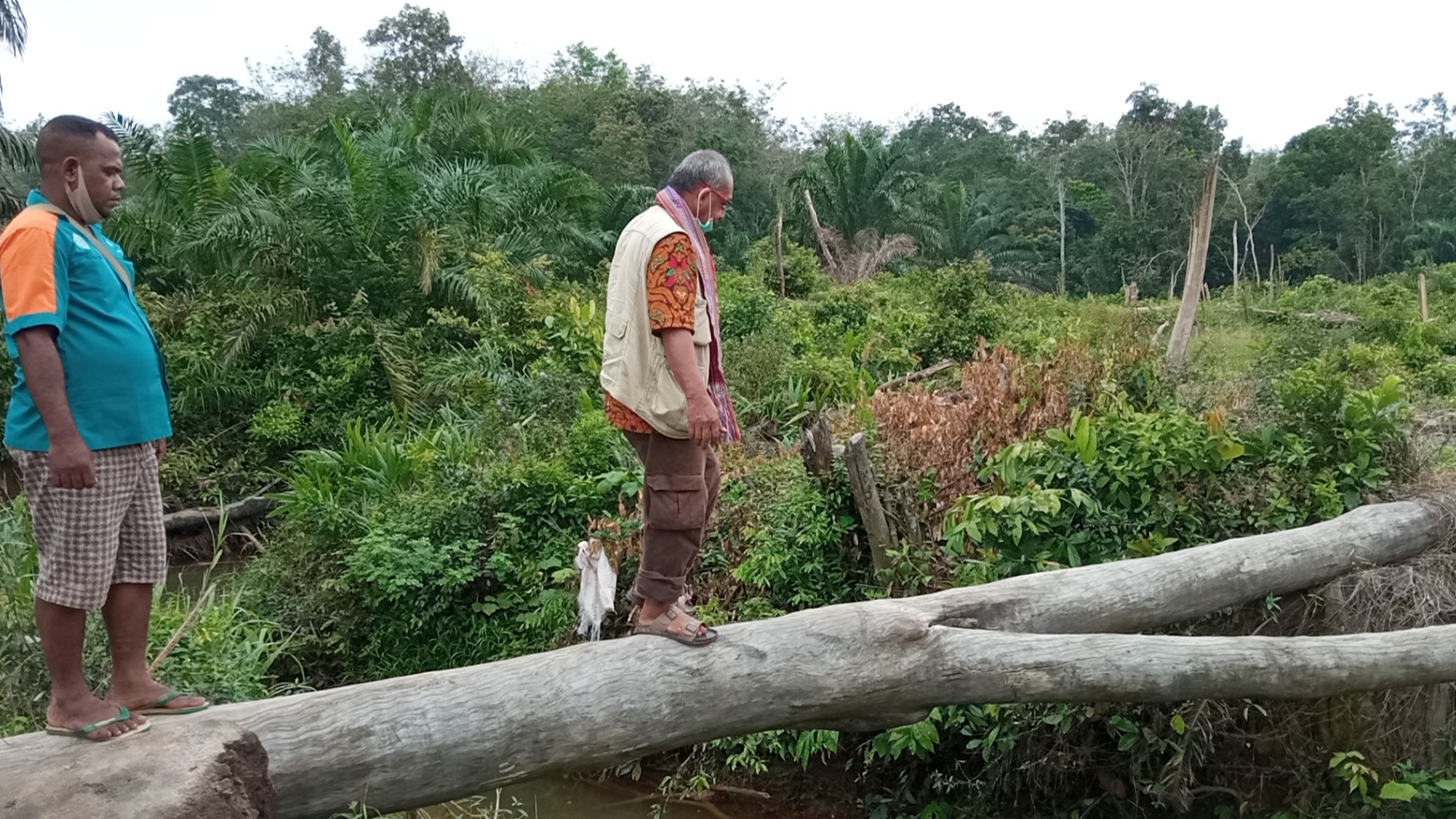 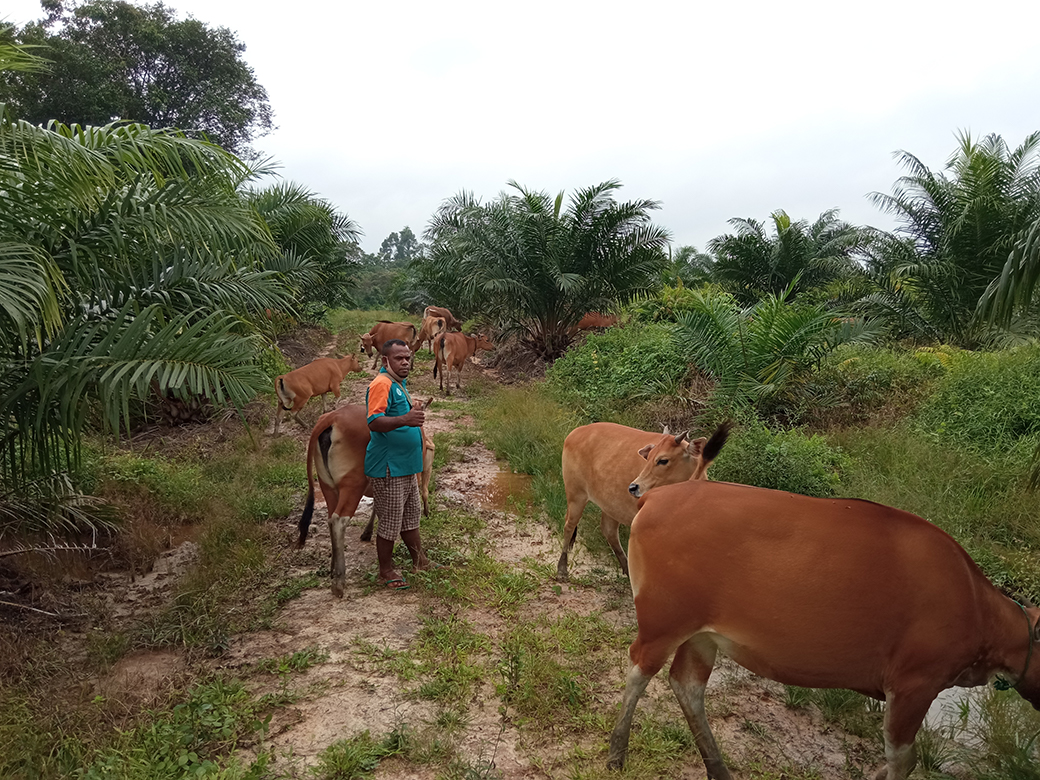 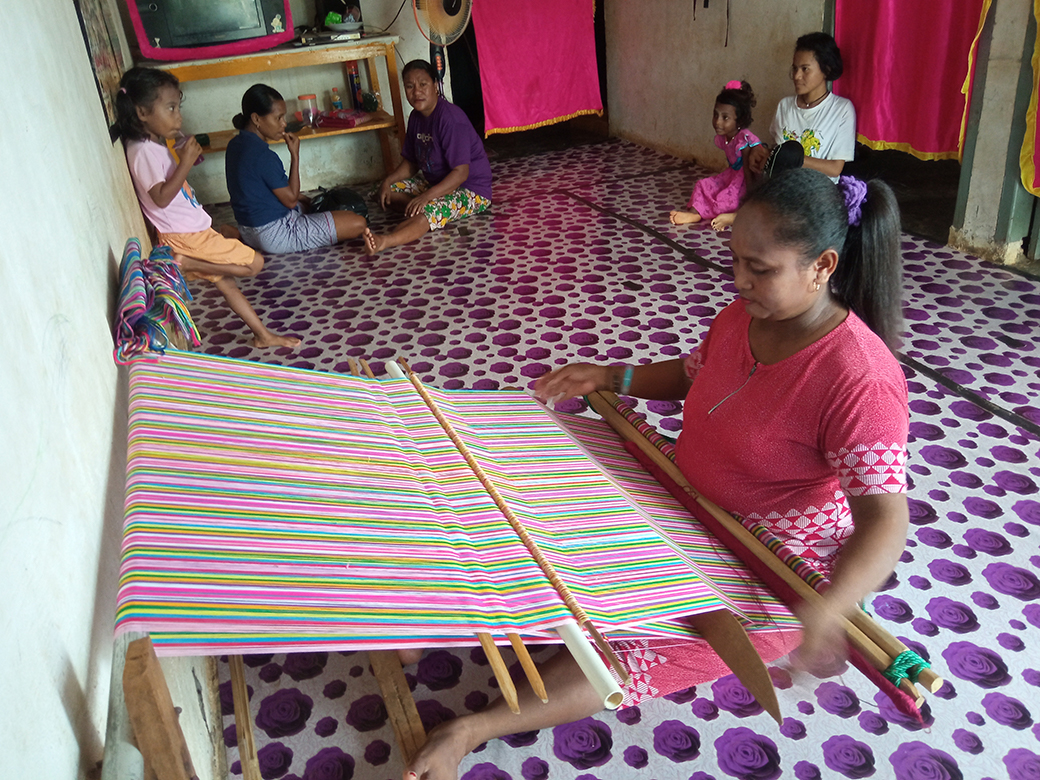 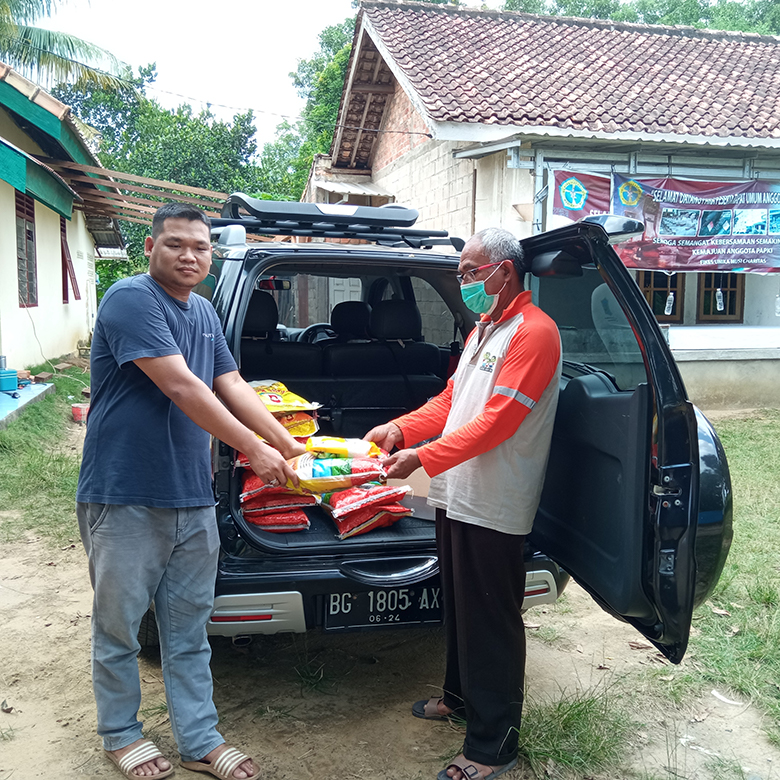 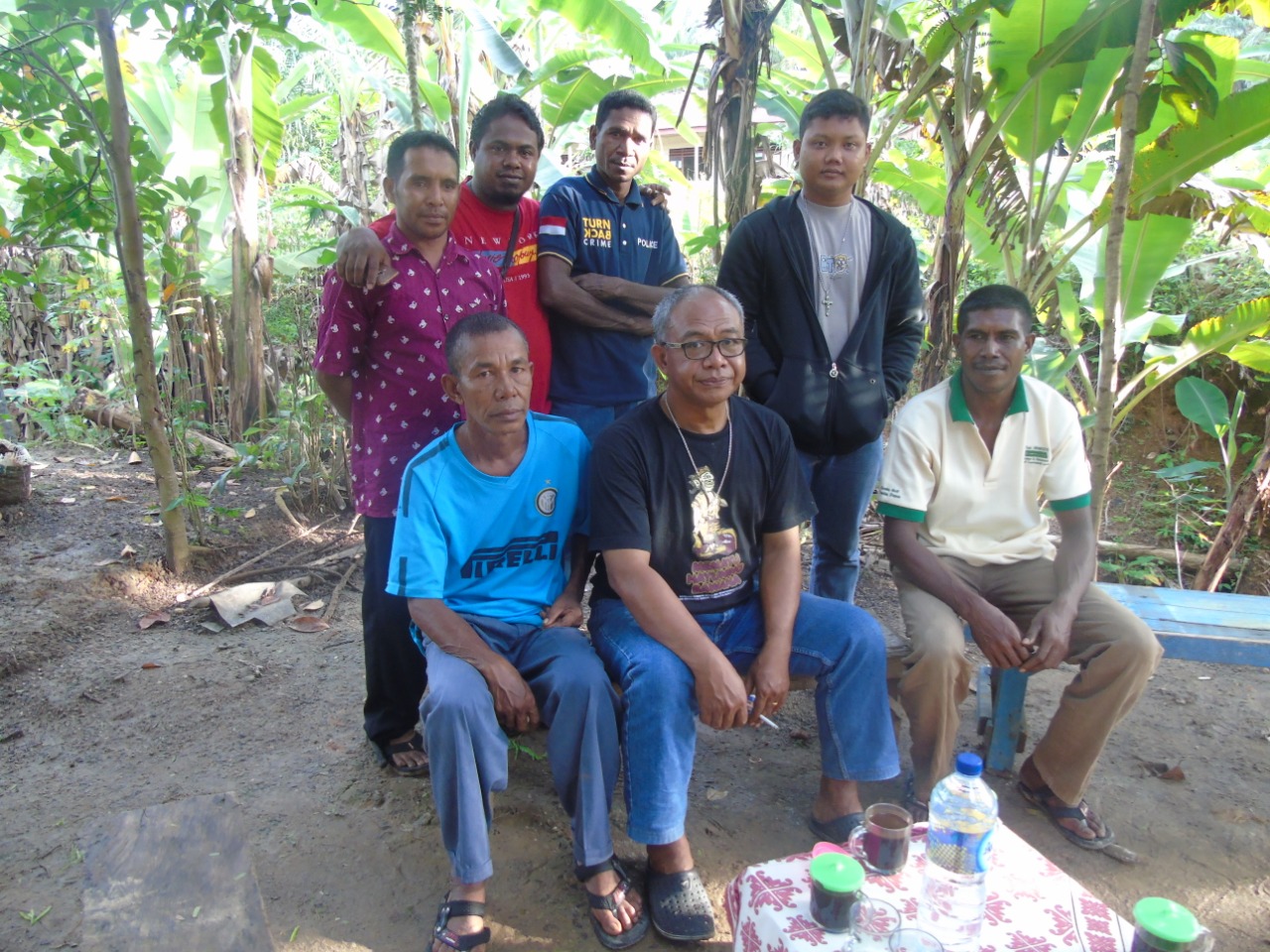 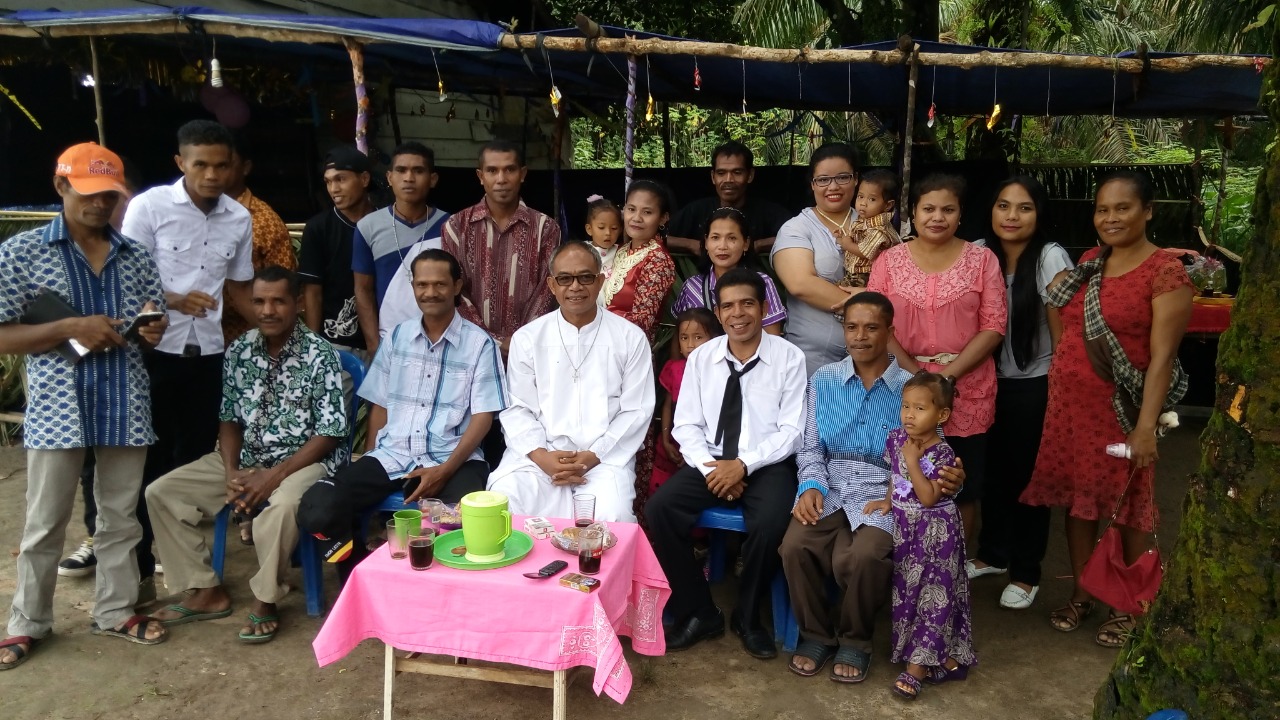 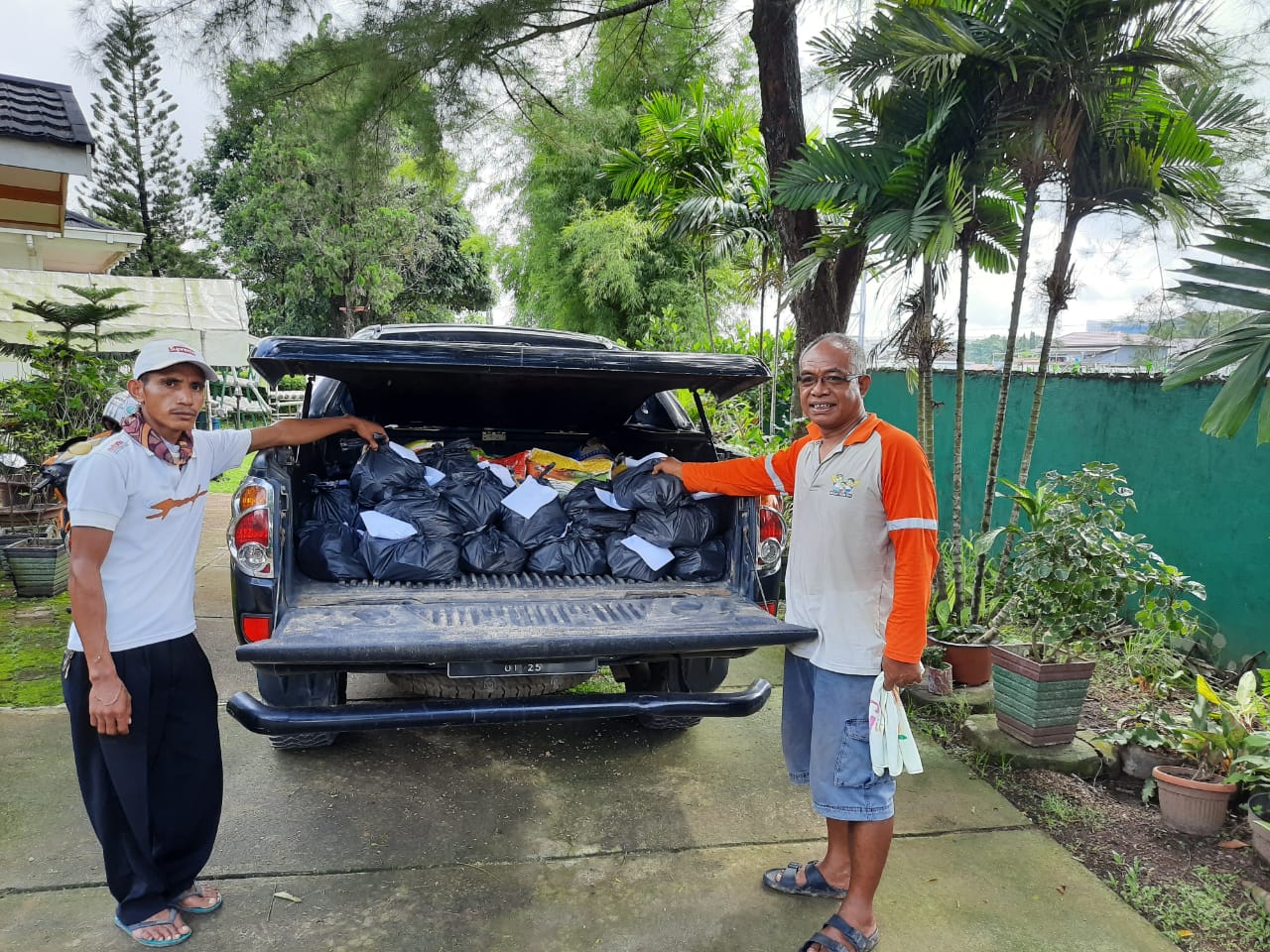 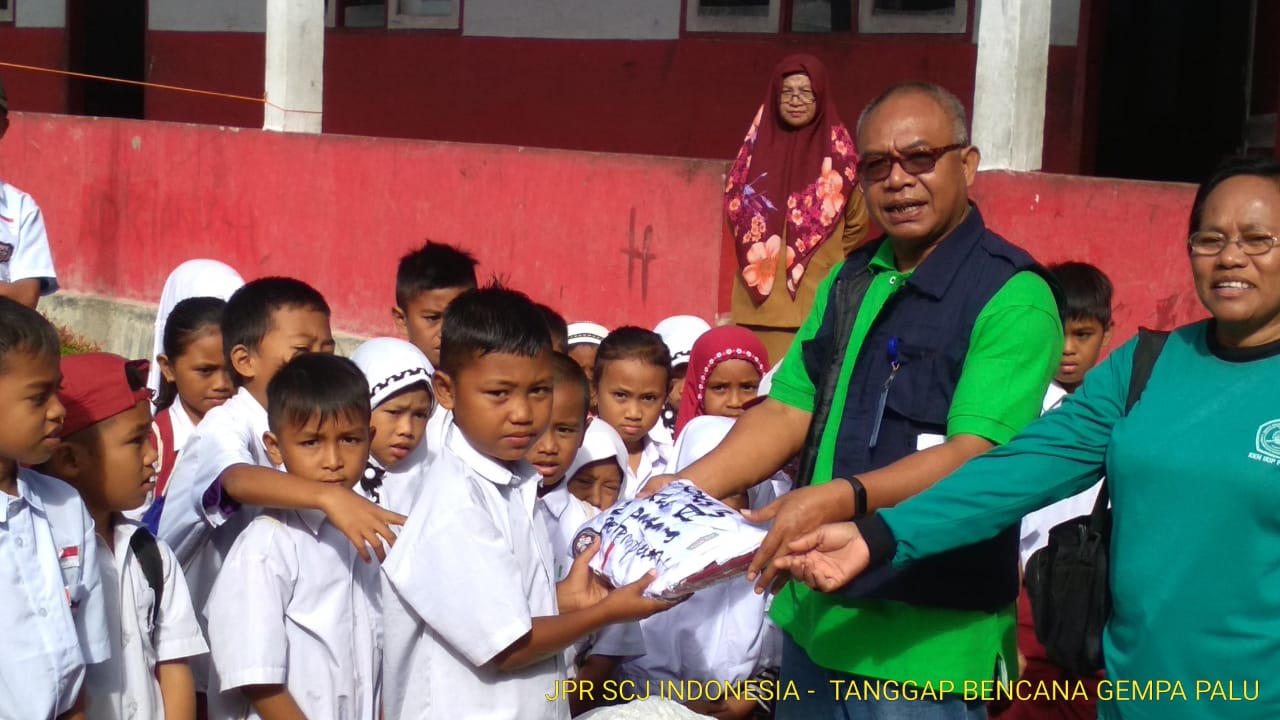 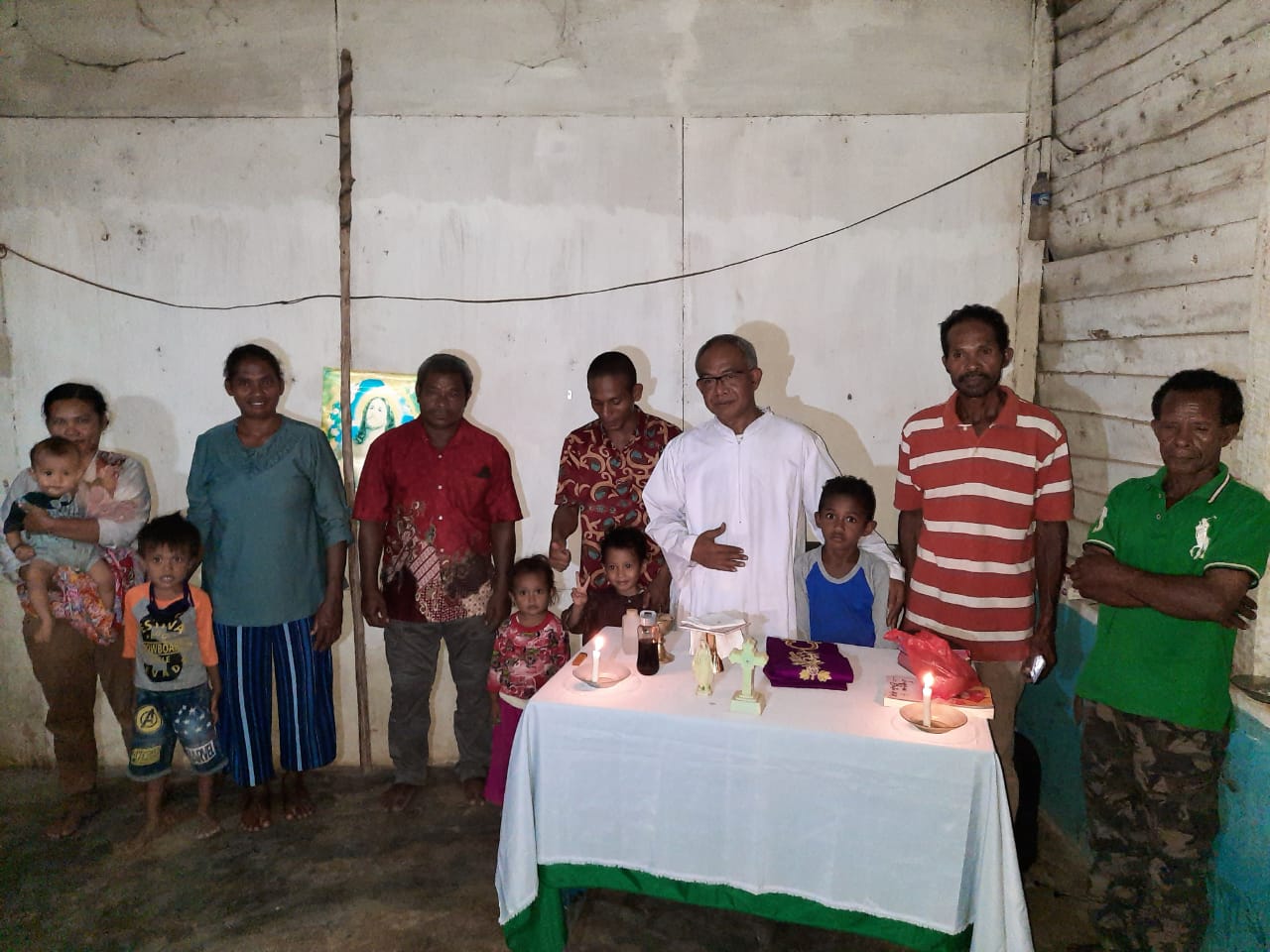 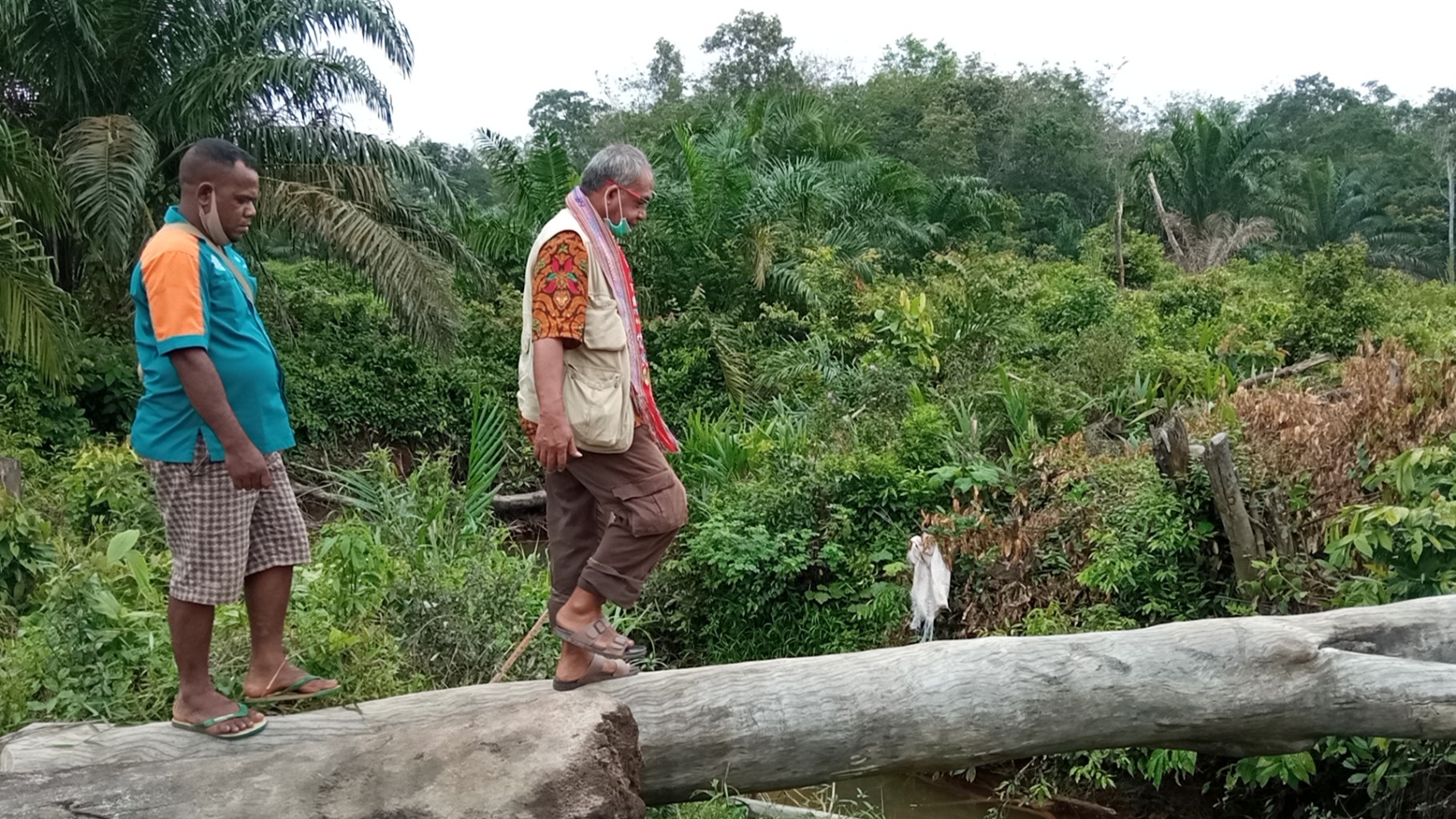 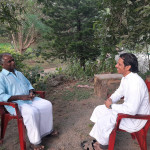 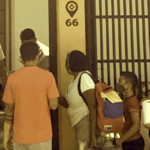