Interview with Father Stefan Tertünte SCJ, director of the Centro Studi Dehoniani, on ‘the legacy of Dehon and how it can be transmitted today’.

Why does the Dehoniani Study Center exist?

At that time, the General Chapter wished that such an institution be established because there was a feeling in the Congregation that too little was known about the Dehonian identity. There were very few works by Father Dehon that had been published. So, in 1972, a great reflection on our identity and our spirituality began, which the Centro Studi disseminated, especially through the magazine Dehoniana. Basically, this is still true today: the Centro Studi Dehoniani is at the service of identity.

This year and next, there is much to celebrate for the Centro Studi Dehoniani.

… yes, that’s it! Next year the Centro Studi Dehoniani will be 50 years old. At the same time, we celebrate the former Superior General, Father Albert Bourgeois, who would have turned 100 on January 30. It was under his leadership that the Centro Studi was founded, and he also contributed to our Constitutions, that is, our Rule of Life.

How do you celebrate?

Can we call Father Bourgeois the founder of the Centro Studi Dehoniani?

He was the Superior General under whom the Centro Studi was actually founded in 1972. He also wrote the Mission Statement that can still be found on our website. Therefore, he is definitely the spiritual father.

Where did the feeling come from in the early seventies that too little was known about the founder?

It was also a result of the Second Vatican Council, which had said to the religious communities: You must take more care of your religious founders. And you must care more about what is your own. This led to an institution where research is done on our founder, on our history, on our spirituality and its actualization. The initial period was a very intense period of reflection in which, for example, the quantity as well as the quality of the contributions in Dehoniana were super. This calmed down as more and more became known about Dehon. Later, the Centro Studi became more involved with the Constitutions.

How is it today?

We are now again at a point where we think that more attention should be paid to the Constitutions. It seems to us that the Constitutions are in a slumber. They are taken up in the novitiate and then put aside.

The Constitutions are actually a natural part of the Order and of the confreres. What is the problem?

They are not to be taken for granted. Vatican emphasized strongly the importance of the – as our window to Christ: the Constitutions should show each confrere how his specific approach to Christ is. From this, the life and attitudes of the confreres should be shaped. But this is lacking in many places.

What exactly can you do to raise awareness of the Constitutions again?

The Constitutions should be much more a part of initial and ongoing formation. It is not enough to deal with it once in the novitiate. When one has accumulated years of life and work experience, then one must take up the Constitutions anew in order to examine what they have to say to my life now. The Constitutions are good for training, and they are good for retreats. As a provincial leadership, one can consider to what extent the Constitutions play a role in decisions: about the organization of the province, about the acceptance or abandonment of apostolic projects. There the Constitutions offer criteria. One can also simply encourage reading them. Our experience is that after a more intensive study of the Constitutions, we often hear: There is more in there than I thought. The most extreme thing I heard after a retreat in South Africa was said by a confrere: Actually, that’s enough to live on.

The Centro Studi not only preserves the legacy of the founder and makes it accessible to present generations, but is also actively involved in projects and events. What exactly is its role in the Congregation?

There are topics that are original to us: for example, the project of digitalizing Dehon’s writings, which has been going on for decades, and now also the journal Dehoniana. We have recently put all volumes online in Italian and French. That’s 1300 articles in Italian alone, which are now available to the congregation as a treasure for reflection. Institutionally, we currently have the leadership and coordination of the International Theological Commission. And when we organized the Symposium on the Devotion to the Sacred Heart with the University of Lucerne two years ago, we co-organized that from the beginning.

That sounds like a lot of different and demanding tasks. How do you manage it all?

There is little that the Centro Studi Dehoniani does all by itself. A lot happens in a network. We need experts in computer science, we need people to correct different languages, we have a historian for Father Dehon’s correspondence, which alone comprises about 6,000 documents.

How much of Dehon’s work still needs to be digitalized?

All of his books are digitalized and published. There are now “only” a few hundred unpublished documents that still need to be processed. And there is still some work to be done on the correspondence: We are now at 1905 in publication. So there are still 20 years missing.

When did the digitalization begin?

With my tenure, the time of online publication has begun. Before that, it was the turn of the digital transcription, the more unpleasant and tedious task. A number of confreres have really worked hard on this.

It is becoming more and more difficult to find qualified full-time personnel. That is why we have started to appoint members of the Centro Studi on a part-time basis. For example, Stefano Zamboni, who is in Rome but does not live and work with us. He is a professor of moral theology and directs the journal Dehoniana. Also, our former collaborator, Father Juan José Arnaiz Ecker, continues to work for us part-time as the new Spanish Provincial and has just translated Father Bourgeois’ commentary into Spanish. Fathers Emmanuel from India and Victor from Brazil are also working part-time. Mostly they devote themselves to their doctoral theses and one day a week to projects of the Centro Studi. Only my Polish confrere Father Jakub works full time and is responsible with me of the project “Introduction to Dehonian Studies.”

What is your next big project?

In October we will start a two-year course of introduction to Dehonian themes, literature, history. Five confreres will participate: one each from Venezuela, Cameroon and India, and two from Brazil. All of them have a lot of experience: for example, the former Academic Director of the Faculty of Theology in Taubaté is with us, another was a provincial economist and formator in Venezuela. They have a super motivation. They are all learning Italian and French. This is a prerequisite for the start in October.

During the Corona pandemic, you also held many previous face-to-face meetings as videoconferences. How did that work out?

We learned that we can meet more often and at shorter intervals. For example, the European Theological Commission used to meet once or twice for two days in a house. Now we have found that we can also meet more often and then for perhaps only two hours. Then it has also become clear that in the Congregational Theological Seminar, which was organized online for the first time with participants from all continents, the work in the small groups was intensified. Working in the whole group, on the other hand, became more difficult. When it comes to demanding thought and work processes, it is already an advantage to be close together.

Does this mean that some digital meetings will survive the pandemic?

Yes, definitely! The rhythms will change, and the time scales will change. It’s also an economic question: You don’t have to spend so much money on flying back and forth, which is also ecologically questionable.

How problematic is it that French is dramatically losing its importance in the congregation? Fewer and fewer speak French …

It’s a challenge. We do have translations in other languages to some extent, but that is still very limited. The General Government in its Programmatic Letter encouraged learning French, but, as the matter of the fact, English is much spoken in the Congregation. So also our site dehondocsoriginals, where everything is in French, will remain a site for specialists. However, there is hardly any religious congregation that makes so many resources of its founder available online as we do.

It is the task of the Centro Studi not only to preserve Dehon’s legacy, but also to prepare it in such a way that current generations can access it in the best possible way. Is it possible to earn money with this heritage?

No. That is perhaps a perspective that we have not yet turned to in the same way. In Brazil, there was a book project for which we granted the rights free of charge, however, because we are happy about the dissemination. Authors who understand Dehon in such a way that one can make works for the book market out of it, there are hardly any at the moment. What can possibly be marketed is our experience with digitalization and online publishing of our archive collections.

What were your personal highlights in your work, what are you proud of?

An important moment was when Victor Barbosa and Emmanuel Nanduri finished their five-year course of introduction to Dehonian studies. That was powerful to see what is possible there in terms of Dehonian education and competence. Of course, the congress with the University of Lucerne was a highlight. And for me, it is always a highlight when I can work with confreres on Dehon and the Constitutions, because I realize that I am personally in my element and that I am communicating something that can be helpful for the identity of others.

What is the last thing you learned about Father Dehon?

I recently read that Dehon has traveled to almost all of the 40-plus countries where we are present today and serve.

How did the importance of Centro Studi change in the last 50 years?

In the beginning, Centro Studi Dehoniani was a think tank, today it is more of a resource pool.

Dein Reich Komme is the magazine of the Dehonians of the German province. 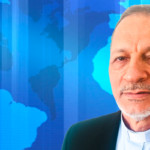 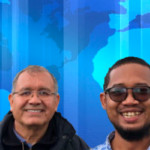 Time for the essentials

Interview with Provincial Father Stefan Tertünte SCJ about dream jobs, community and people on the margins.

Passion for Dehon and  Dehonian Spirituality

A personality who had a strong influence in the knowledge and reflection on Fr. Dehon and Dehonian spirituality, Fr. Yves Ledure scj has died at the age of 88.