The Clairefontaine Reception Centre for Spiritual Education and Training was set up in 1991 after several renovations of the old apostolic school buildings that closed its doors in 1986. We remember according to the story of Clairefontaine, that Father Dehon himself had bought this house in 1889 to install an apostolic school there. This school operated according to various school systems until 1986. There have been religious Dehonians attending the centre, but also numerous ecclesiastics and personalities from the education, university, cultural and political worlds.

Since its inception in 1991, the Reception Centre for Spiritual Education and Training had a two-fold objective: to propose an animation and training program carried out by the Priests of the Sacred Heart and to provide a good reception infrastructure for groups wishing to organize their training themselves.

During the last thirty years, the Priests of the Sacred Heart have proposed annual cycles of conferences, training days, groups to share the faith, sessions on religious and cultural themes, spiritual retreats, gatherings of catechesis, biblical and liturgical formation, preparations for the various sacraments, conferences on the personality of Father Dehon and Dehonian spirituality…

An adoration according to the Dehonian charisma is proposed every first Friday of the month to the general public.

Part of the members of the religious community are involved in the Reception Centre. Currently there are still four Dehonian religious who regularly animate different activities in the Center, largely related to parish pastoral care or other ecclesial commitments, such as the various chaplains.

The year 2020 was exceptional due to the health situation imposed by the Covid 19 pandemic; it is certainly necessary to review the organization of reception facilities and also the proposed activity programs.

Following the new proposals of the General Curia of Rome, the Reception Center for Spiritual Animation and Formation is willing to change its name to become the “Dehonian Center of Clairefontaine”, especially since the Center already hosts the editorial staff of the magazine Heimat und Mission of the Priests  of the Sacred Heart, as well as the SCJ Editions of Clairefontaine, which have in their program the publication of the writings of Father Dehon and the studies of Dehonian spirituality.

The great challenge for Clairefontaine is the rapid evolution of Christianization in the Grand Duchy of Luxembourg and Belgium. Places such as Clairefontaine must be places of reflection and proposition of faith starting from Dehonian charism, articulated around the most welcomed renewal of the devotion to the Sacred Heart and the taking into account of the social thought of the Church, so dear to our Founder. 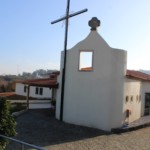 Dehonian Spiritual Centers on the Net