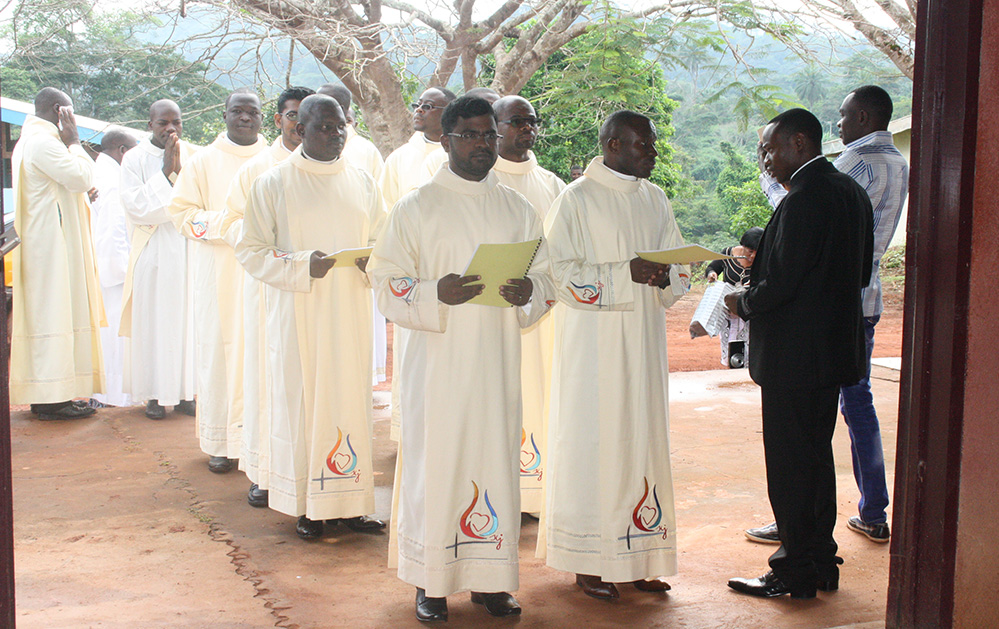 On Sunday, October 29, 2016, at the parsh of St. Pius X in Ngoya, nine of our confreres made their perpetual profession of vows. They included two from the Province of Congo (Evariste Paluku and Modeste Amalebondra); two from Indian District (Antony Prattipati and José Sharmin) and five from the Province of Cameroon (Parfait Mongo, Prosper Nyuydze, Guilain Armel Djatche, Valentin Ditamou and Emile Hatouna). 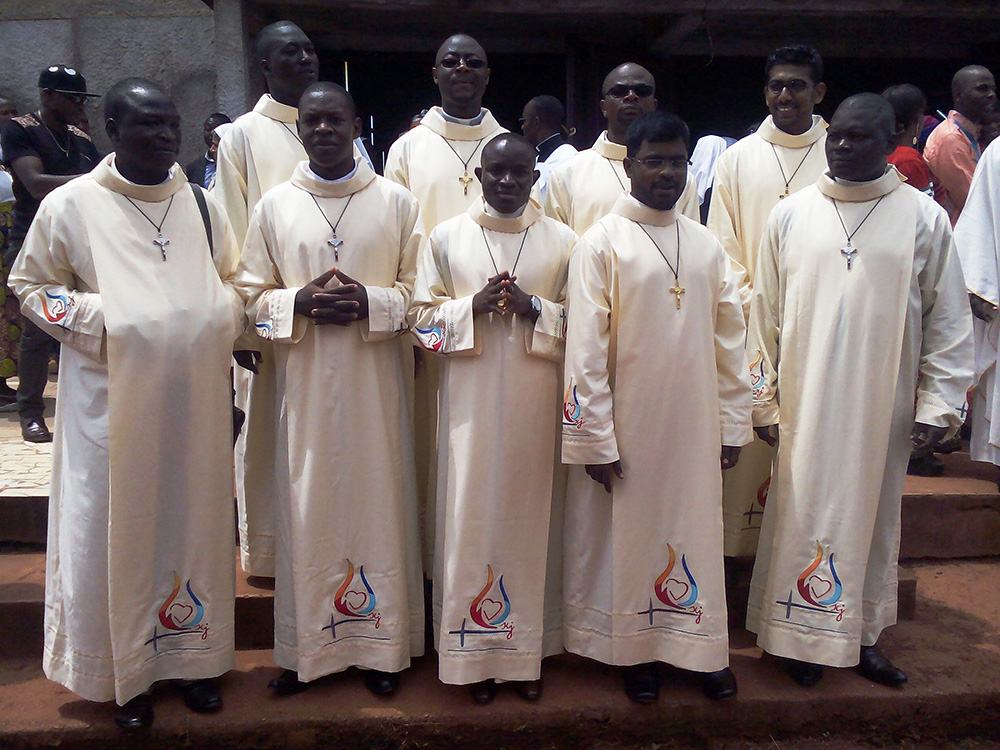 The distance was not enough to break the courage of the friends and relatives who traveled to witness this ceremony. The internationality of our Congregation was made possible not only by the presence of our two scholastics from India, but also by that of the two fathers (McQueen Winston and Jojappa Chinthapalli) who came to ensure the support of all the confreres of India. A great expression of joy was visible on every face. Someone said yes to God forever, entrusting the whole of his life to the Lord till the end of his days. They were also supported and encouraged by their friends and relatives who prayed that these confreres have discovered God’s call addressed to them and are able to respond to it. 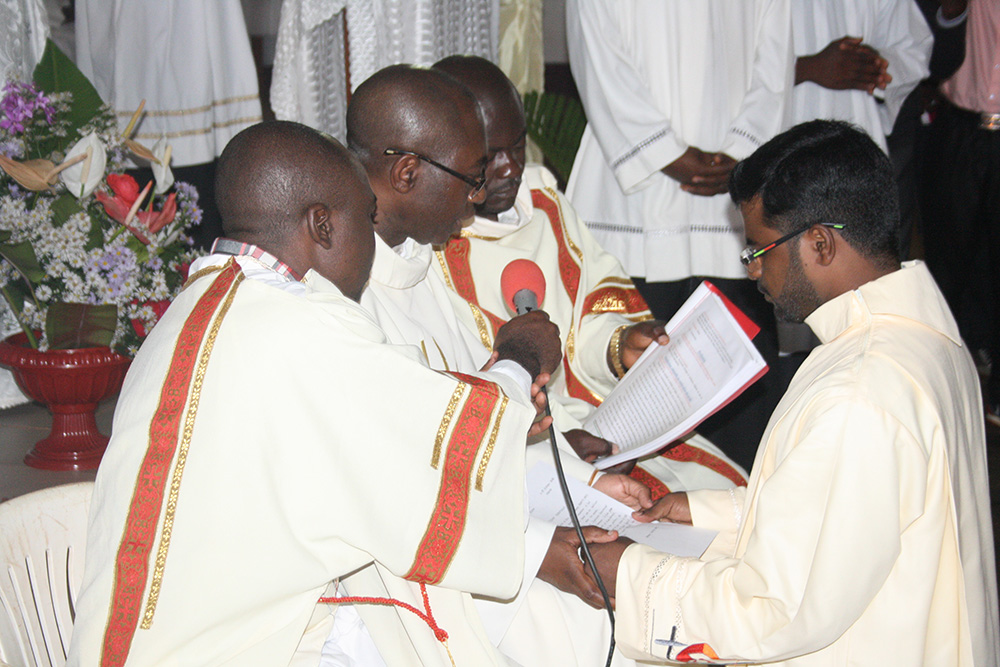 The celebration was presided over by the Provincial Superior, Fr. Jean-Marie Signé, under a threat of rain. After the gospel, the nine confreres, in dialogue with the Provincial Superior, expressed their free will to devote themselves to the Lord forever. In his homily, the main celebrant returned to the significance of religious vows. We are all consecrated to the Lord, through our baptism, but religious profession is a new consecration by which the religious put themselves entirely at the disposal of the Lord. Those brothers who make vows are similar to the two disciples of John who heard him and followed the master to find out where he lives. They did it from their first profession and today they decided to abandon everything to leave with him. 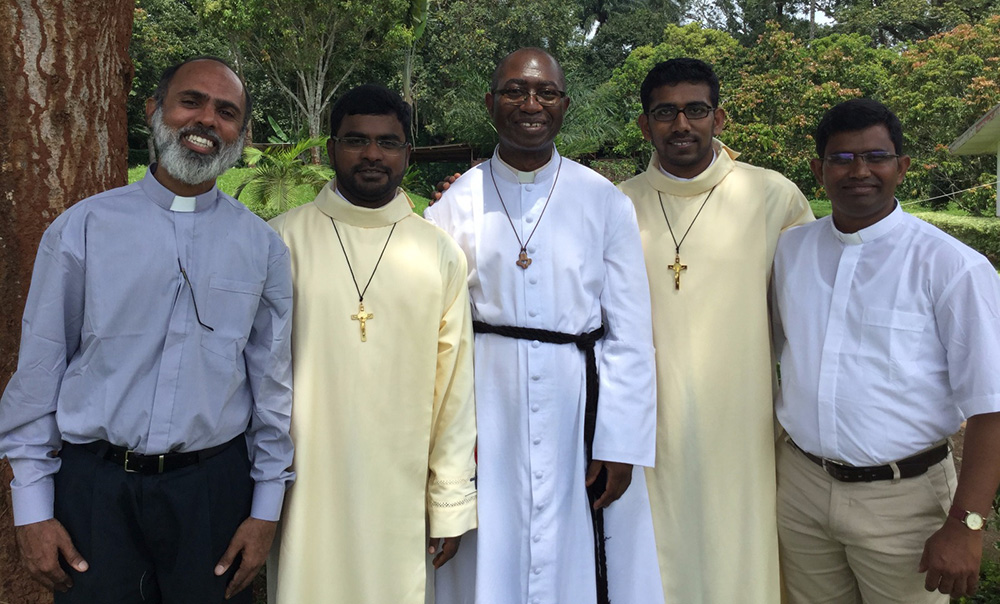 Making a profession of the evangelical counsels in a world thirsting for pleasure, power and possession, may seem countercultural. However, by his vow of chastity, which is a perfect continence in celibacy, the religious wants to please God. Through his poverty, he expresses his belonging to a city other than this one. That is why he freed himself from the goods of this world. Doing this also allows him to put all of his life in the hands of God, to receive from him, through his superiors, the mission that the Lord entrusts to him. 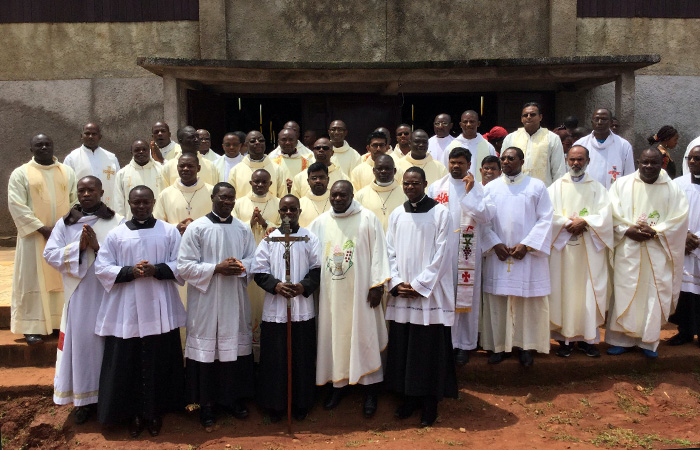 Having understood these teachings, our confreres, in their words of thanks to all who helped them and continue to support them in their journey, recognized that if religious profession is “madness,” it is a happy madness. It is a madness by which they are set apart for the service of the kingdom of heaven, a service in which they have to be faithful. “It’s only when you are grateful that you can be faithful”, said Fr. McQueen Winston (novice master of India District) to the professed.

After Mass there was a photo session to allow everyone to go home with a memory of this happy event. It was expertly organized, as usual, by the community of Maison Jean Dehon. A fraternal and friendly meal gave strength to the participants before they returned to their various destinations.

Chile: the first year of the mission to Valdivia

Chile: the first year of the mission to Valdivia