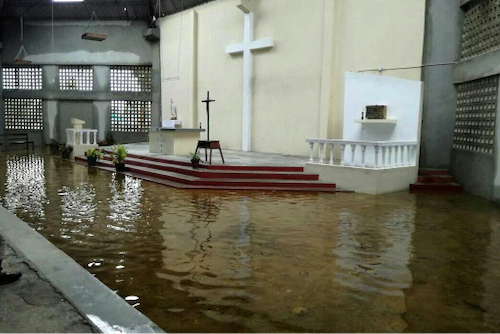 The fragile urban and social fabric of the city of Beira and the area along the so-called “Beira corridor”, where about 1 million people live, was shaken by a category 4 – 5 hurricane on the night between Thursday, March 14 and Friday, March 15. Winds were approximately 200 km per hour. In the city, buildings have been blown open, windows shattered, and trees uprooted. Electric poles and television antennas are down.  On the outskirts of town houses are destroyed. We are aware of several dozen victims but it is difficult to have exact data because telephone networks do not work and the state does not have the capacity to collect the data. 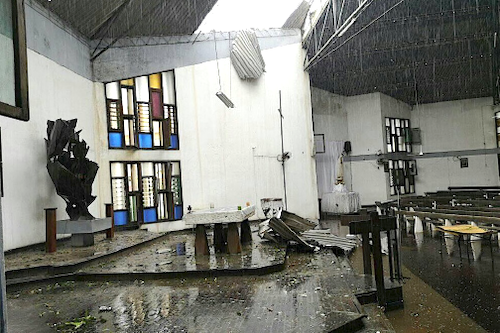 Since Thursday there has been no electricity, no water, no telephone communications, and the only road that links the city to the rest of the country has been closed by water. This message is possible thanks to a telephone antenna re-established in the airport area, which remained closed for three days.

The only operational block in the entire region was that of the central hospital. But it lost its roof, flooded and thus was rendered inoperable. Schools are closed indefinitely. The majority of school classrooms had tin roofs and most of those are now gone. The diocese had schools in this area for more than 9,000 students. 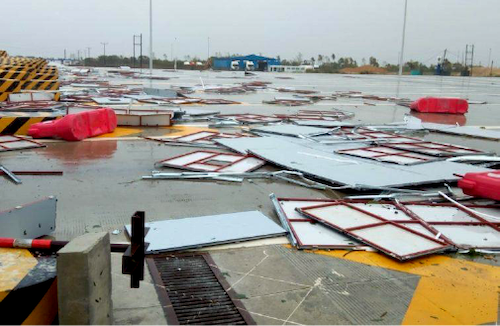 Food for many families was already an emergency, but now prices have been raised even further. Stocks are limited because many warehouses and stores have been left uncovered and so food has been lost.

And now, it continues to rain. Houses without roofs are exposed to the rain, but also to the floods from the rivers fed by the rains of the cyclone. Rivers inland and in Zimbabwe are overflowing.

We have 25 parishes in this area, practically all of them were seriously damaged. Three churches were literally razed to the ground. The houses of the priests who work in these parishes were damaged; also the seminary (we were completing the refectory and the chapel), the diocesan radio station and many other diocesan structures were damaged. Even my house, where the curia offices are also located, is completely uncovered. The first floor with the bedrooms is open to the sky and therefore the rain. We have “taken refuge” on the ground floor, but water comes down the stairs and is dripping from the ceiling in many parts.

There is not much that can be done at this time. The warehouses with material to cover the houses, despite the inflated prices, sold out in two days. Even when material is available there will be months of work for the few skilled workers available. We are trying to collect data to make a list of the damages, at least of structures, and to clear the courtyards of fallen trees and rubble coming down from the roofs. 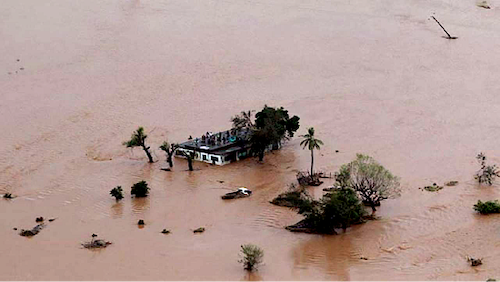 It is striking that with this scenario, when someone is asked how they are, they generally respond with a smile and say “good”. In the suburbs, where the houses are very precarious, all of the pieces that flew from the roofs have been collected and people are trying to make small shelters for their families, sometimes by placing just a couple of sheets on the only two remaining walls of what was once called home.

I also say, “I’m fine.” We try to face what comes every day, at least hoping that it finally will stop raining.