Letter for March 14,
on the anniversary of the birth of Fr. Leo John Dehon.

The SCJ Novitiate community in Vietnam has a pond where fish are raised for household consumption. To catch them, the novices use a floating mat, a bamboo pole as a paddle and a net. The technique is simple: stand on the mat and cast the net in the right way. If it turns out well, lunch or dinner is guaranteed. A religious passing through the community wanted to try. One of the novices gladly invited him to share the experience. Floating on the mat, they arrived at the center of the pond. But a sudden distraction by the priest destabilized everything. The mat began rocking out of control and getting soaked was imminent. At that exact moment, the novice rebuked his companion in precise English: “Focus!” That is to say: “Either you focus, or we fall!” The novice’s determination had its effect. He succeeded in helping his companion regain his balance and confidence, and that day neither of them ended up in the water keeping the fish company.

With this little anecdote we begin our greeting as we approach a new anniversary of the birth of Venerable Fr. Leo Dehon. This is also a day of prayer for Dehonian vocations. We celebrate it in the midst of the pandemic that continues to threaten the lives and work of so many people. We have suffered from it very personally: among ourselves, in the realities that we accompany, in our families and in so many places that we know. While it is true that signs of hope and recovery are not lacking, it is no less true that the social and economic imbalances that were already part of our daily lives have been greatly aggravated.

In such unstable times, what can this anniversary bring us? It is difficult to answer without stopping to think about what happened in the life and times of Fr. Dehon. He too knew a lot about fatal unforeseen events and adversity. He suffered devastating events, such as the conflict of war that ravaged Europe. He became involved in the tensions of a society that was industrializing and generated a very neglected working class. He faced policies, both in France and in other countries, that created difficulties for the Church’s task, and especially for religious life. He was not unaware of the epidemics that fatally plagued large regions of the world. And if we look closely at his own life, he personally knew more than a few tribulations: the opposition of his father to his priestly vocation; the fire at St. John’s College and eventually having to give the school up; the suppression of his first Congregation, the Prêtres Oblats du Cœur de Jésus (“Consummatum est!“); the failures of missionary projects in Ecuador and Tunisia; the death of many missionaries in Africa due to illness; the loss of houses and works due to civil laws; the deterioration of his health; conflicts within the Congregation; economic difficulties; misunderstandings; defamations … and a long list of episodes that, time and again, put his faith, his vocation and his project to the test.

However, despite everything he did not lose perspective: “Every year has its own portion. One must always know how to say fiat!”. [1] Far from taking refuge in a resigned fatalism, Fr. Dehon assumed everything that happened was a path of conversion and an abandonment to the will of God. With a disposition that matured by intimacy, prayer, and shared discernment, and with his attentive gaze on the world, Fr. Dehon sought to respond to God’s invitation to participate in His own holiness: “Yes, holiness is a simple fiat, a simple disposition of the will according to the will of God. What could be easier? For who cannot love such a kind and good will? The soul that sees the will of God in all things, both in the most desolate and in the easiest, receives everything with joy and equal respect …”. [2]

Despite the storms in which he was submerged, neither pessimism nor anxiety managed to defeat him. As a diligent servant he actively trusted and waited on the Lord, zealously guarding the grace of uniting with Him in a reparatory vocation. In the abiding memory of the men and women who preceded him in faith, Fr. Dehon also found comfort and encouragement to stay focused in the best possible way. This year it is especially worth remembering Saint Joseph, to whom Fr. Dehon professed a singular devotion. He admired Joseph’s readiness to set out, to get up again and again, in the light of what God was asking of him, despite his major bewilderment. In the words of Pope Francis:

“Often in life, things happen whose meaning we do not understand. Our first reaction is frequently one of disappointment and rebellion. Joseph set aside his own ideas in order to accept the course of events and, mysterious as they seemed, to embrace them, take responsibility for them and make them part of his own history. Unless we are reconciled with our own history, we will be unable to take a single step forward, for we will always remain hostage to our expectations and the disappointments that follow”.[3]

Looking at our day, it is not surprising that all that has happened in the last year has greatly disturbed and upset us. But it is up to us to welcome it with a believing gaze and a heart that, like Mary’s, does not rush to discard what we do not understand or what frightens us. It is up to us to continue leaning on the Lord, individually and with those we walk the road with, so as not to succumb to the anxiety that despair and catastrophe bring. This is an opportune moment, a time of grace, to help us focus our gaze and correctly interpret what is happening. Perhaps we even need to reconcile with what we have been feeling, personally and communally. Fr. Dehon took advantage of adversity and setbacks, to give himself more generously in the service of the Kingdom, in service to all. He did not lose the necessary perspective. The fact that not everything turned out as he would have wanted or when he had wanted, he did not lose focus. Rather, it helped him to better understand himself and, above all, to recognize with sincere and grateful humility that the work, more than his own, was God’s.

As we remember his anniversary this year, may we hear a resounding: “Focus!” Like the shout of that Vietnamese novice may it be a clear and concise exhortation not to be distracted, to focus more on what is truly important in our vocation and our mission so that fraternity and shared prayer do not decline, so that closeness to those who suffer the most and those who have the worst of it does not diminish.

May we too, like Fr. Dehon, know how to listen, interpret and thank the voices and signs of these times that invite us to react with renewed hope and creativity. May we keep our eyes alert and trust in the Son of Man who was lifted up (cf. Jn 3,14) so that this world of ours may have Life. 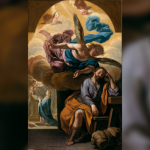 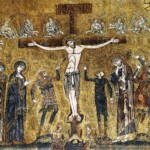 Letter for March 14, on the anniversary of the birth of Fr. Leo John Dehon

Interview with Fr. Carlos Luis Suárez Codorniú, on the occasion of his fraternal visit to the Dehonian Province of Southern Italy (ITM), from May 3 to 25, 2021.