Among the Romance languages, the Portuguese language preserves the sense well of Sunday as the first day of the week. In fact, Monday, in Portuguese, is the second day (segunda-feira). Tuesday is the third (terça-feira) and so on until the last day, which is Saturday. Sunday, therefore, is emphasized as the day that originates and illuminates the week.

I believe that this concept of the week can help us to understand our meetings these days. In fact, it was only yesterday that our General Conference began. We did so by celebrating Sunday, the Lord’s day, his Passover.

I do not know if it happens to you, but when it is my turn to give a homily, or even a speech like this one, I find that I worry more about what I am going to say than what I have heard. Therefore, allow me to invite you to live -and to help one another live- this ninth General Conference as a prolonged and leisurely lectio divina of the Gospel we heard yesterday, attentive to what was proclaimed to us on our first day: the beatitudes and the imprecations of Jesus to a large group of his disciples and to a crowd of people, among them tormented and sick (cf. Lk 6:17,20-26).

Our Constitutions say that in order to continue the community of disciples, we are called precisely to “profess the Beatitudes,” which is the way of associating ourselves to the surrender of Christ to the Father. It is a surrender that frees us “for true love according to the Spirit of the Beatitudes” (cf. Cst. 40).

When Jesus proclaims them, he does not speak abstractly of happiness, but looks at the faces before him and calls them happy! Some or perhaps all of them, are poor, weeping, or hungry people. Jesus also proclaims these same people happy because of something very unique, their relationship with the Son of Man, that is, with the One who lives and expresses what is truly human (cf. Lk 6:22). Happy because they did not allow themselves to be seduced by the inhuman and its tricks. Happy because they did not become accomplices of that which deceives and ends up dehumanizing.

It is in the lacking, in the weeping, in the hunger, and in the suffering that he is able to recognize among those people, Jesus is realizing that he too, the Word incarnate, is like them, fragile, limited, weak, and has, like everyone else, a need to share, to be fed, to express himself, to be accompanied, to celebrate and to be helped.

He understands this after a long night of prayer and aftering crossing his gaze with that of so many faces that looked for him and accompanied him in a plain place, a space that broke the asymmetries. It was there, and only then that Jesus shared what he had learned. He knew how to interpret the weeping, the hunger, and the evil suffered by those before him are not a fatalistic and resigned amen to the evident power of death, injustice, and indifference. No! On the contrary, Jesus knows how to recognize that in the weeping, in the hungry, and in so much suffering, he sees there is a heartbreaking love of life and an irreducible passion for human dignity. These men and women are not willing to give up either one or the other. They do not want to surrender to a sterile death. That is why they defend it even with the impotence of tears, which is the only thing that often remains. But life and human dignity are not negotiable. They are God’s gift. Jesus adiring such a deeply rooted conviction, can do nothing better and more humane than to call them “blessed” because that is how they understood it.

When our founder, Venerable Fr. Dehon, faced the society of his time, in communion with the Church he loved, with what in his opinion, was far from God’s will, he did not allow himself to be carried away by a discouraging catastrophism. By the gift of his faith, by his careful intimacy with the Lord and his passion for his Kingdom, by his nonconformity and his perennial restlessness, he rained certain that the world before him was not outside the Heart of God. Dehon’s way of proceeding is well reflected in our Constitutions:

This union with Christ,
which sprang from the depths of his heart,
had to be actualized throughout his entire life,
particularly in his apostolate,
characterized by the greatest care for people,
above all the most defenseless,
and by concern about actively remedying the pastoral inadequacies of the Church of his time. (Cst 5.)

At this point, what the XXIV General told us in it’s final message is still disturbing, “One aspect that characterizes us as sons of Father Dehon is the social dimension of our charism. Although we sometimes observe a decrease in attention to this aspect, we want to emphasize once again the importance of a more intense involvement in this sector (…)” (Meditation 24). It is a forceful provocation not to have more or less work, but to review, perhaps redo, with Jesus and in the way of Jesus’ path that he made from the mountains, where he prayed/worshiped the Father, to the plains where he met his disciples and a crowd. The mountain and the plains are our spaces, the Father, men, and women of today our school. Like Jesus and Fr. Dehon, may we know how to love them and make amends with them, for them and among them for so much love unloved. And if not, “Woe to us”.

The religious, by their state, give clear and exalted testimony that the world cannot be transfigured nor offered to God without the spirit of the beatitudes (LG 31). 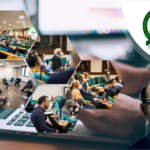