During the 2014 Provincial Chapter, some confreres involved in parish pastoral care expressed their disagreement when, in the classification of apostolic services, parishes were not counted as “social commitment”.

A certain statistical rigor did not take into account that the parish service also expresses a privileged attention to situations of need, to the promotion of a culture of solidarity, to the «advent of the Kingdom of the Heart of Jesus in souls and in society».

Cultural commitment (especially teaching and printing) also has a strong social value and the ITS Province has launched important projects in this sector; simply remind Il Regno and Edizioni Dehoniane Bologna.

Without prejudice to these acknowledgments, I limit myself to highlighting the initiatives of the ITS Province immediately recognizable as “social commitment”.

The Mission is to operate in the field of discomfort, especially adolescents and young people, aiming to spread and extend the culture of hospitality and care, favouring the overcoming of both prejudices and a simplified understanding of the phenomena that are treated, such as addictions, mental illness, sexually transmitted diseases, immigration and youthful distress, promoting the overall well-being of the person.

In addictions, substance abuse is mainly a symptom that refers to the problems of the person, to the skills to be revealed, read and implemented.

In mental illness, the specific pathology requires instead the definition and use of agreed methods to promote the expression of potentialities present. It is therefore essential to pay attention to the person, considered a resource both in the health and social approach. The doctor-patient scheme must be overcome to keep the relationship dynamic, to learn to extend beyond the role, to promote the involvement and empowerment of the user in the process of their own rehabilitation.

Another central aspect is Self-help; the other is a mirror of oneself, a companion who walks with you and you are a travelling companion, with your contribution to give. An attitude to be requested from both users and family members and other significant adult figures.

Working with the “community system”. It is made up of factors that we can define as therapeutic such as: the context (the coherence of the overall community dynamics); a consistent philosophy (not simply a method, but a precise vision of man); knowing how to recognize the need for help and ask for help; assume their responsibilities; learn to recognize, understand, express and integrate their emotions; knowing how to compare the behavior of the other to help him grow; participate in all moments of life and in all community activities; grow through crises; internalize a positive system of values; foster social learning through participation in a social micro-system such as the community; reinforce self-esteem through participation in common life and the assumption of responsibility.

Work on behaviour by giving precise indications and intervening with appropriate reminders, making definite requests for commitment and assigning tasks. At the beginning, the intervention needs to be managerial and then increasingly deferred to personal responsibility. Change can be facilitated by adopting behaviours that do not yet correspond to the motivational system of the individual.

Give particular importance to emotions, moods and feelings: it is essential to know and express them in order to pass from a fragile and confused self to a more consistent self.

Team work: it is the team, not the individual professional who decides, evaluates and innovates the paths and interventions. It is an effective multidisciplinarity, not only specializations.

The Villaggio del Fanciullo hosts more than one social project organized by Dehonian confreres and in which the confreres have a role:

2 – Project Voce del Verbo accogliere: Reception of prisoners in alternative measure (home detention or foster care) to build, for them and together with them, a path of autonomy and reintegration into society. The project was initially funded by Italian Caritas and later by the Diocese of Bologna

3 – Mustard Grain: After school for children, conducted in collaboration with neighbour parishes.

4 – Transition Apartments project for new adults: managed by the Villaggio del Fanciullo Association: accommodation for adults who have left the minor communities once they reach the age of majority, attending their housing autonomy.

5 – Project My first home: reception of migrants leaving the adult reception system. It sounds like the project described above at n. 4, but it is also open to adults.

6 – Casa Accoglienza Villaggio: reception of relatives of the sick (near the Villaggio del fanciullo there is one of the largest hospitals in Italy) and reception of young workers.

7 – Centro Giovanile Villaggio (Village Youth Center): reception of students, where they try to promote their autonomy (not just accommodation).

Attention to the world of prison, and justice in general, found a way towards the end of the 90s. The Voce del Verbo Accogliere project in Bologna is the spearhead of a broader service carried out directly in favour of the detainees. But it is also worth mentioning the promotion of a culture of “reintegration” in ecclesial communities and civil society, to overcome a purely punitive vision of penalty in favour of a “pedagogical” function. Participation in “restorative justice” projects is also motivated by a strong closeness to the Dehonian ideal of “reparation”.

In both cities, there is a SCJ involved as a prison chaplain, who collaborates above all in identifying the candidates, accompanying them before, during and after the reception, in building a network of solidarity with the participation of the local Church.

4 places have been set up in the Villaggio del Fanciullo, waiting for the initiative to be transferred to the Don Nozzi House in Corticella, where there will be 8 places available.

The Don Nozzi House is the result of the generosity of the Santi Savino e Silvestro Parish which has renovated an agricultural complex of 4 buildings at its own expense.

One of these will host a Fraternity made up of the nucleus of a SCJ community, to which consecrated persons, a couple and other lay people join.

Two other buildings will be used for CEIS activities in favour of prisoners in an alternative measure.

The fraternity of the SCJ priests is present in San Casciano, in the province of Pisa, since 2016 included in a project of the Pisa church called “Misericordia Tua”. A project born as a concrete proposal after the Jubilee of Mercy to offer a welcoming and family-sized “home” for former prisoners or prisoners admitted to the benefits provided by the law: a “small sign” to put man at the center, even when he has caused evil.

The three brothers present in the project in addition to the guidance and animation of the house of Misericordia Tua (which is currently inhabited by 4 people) are included – as responsible – in the chaplaincy of the prison of the city of Pisa (where they are present every day) and, by a couple of years, they have been responsible for the parish where the fraternity is inserted.

I do not know if it can be qualified as a “social commitment” (perhaps it is more a cultural activity), but in Trento and Modena the charge of university chaplain was assigned to two Dehonian confreres.

They try to live the proposal to young people and university students with the greatest possible attention to the social aim. In Trento, young people who join the university community are asked to choose a possible service among being in hospital, prison or other services offered in collaboration with Caritas.

Furthermore, the community has been collaborating for years with the Centro Astalli; this allows young people to be involved also with regard to the issue of refugees and asylum seekers.

Together and involving others, confreres and lay people, they created www.campusnews.it, an information and training blog aimed at university students and created with their contribution.

Emozioni Giocate Onlus is a non-profit association born in Genoa in 2011 from the desire of a mother to create a space where they can welcome the play and the emotions of children with disabilities. The mission is to enhance the personal resources of children and young people with different disabilities, through a global approach to the person.

Courses and projects are offered with specific purposes, in order to better develop the skills of the individual participant. The aim is to improve the well-being and increase the self-esteem of the children and young people who attend the facility. They offer creative playful courses and others, aimed at self-knowledge and the achievement of one’s own independence.

[1] National Operational Programme Metropolitan Cities 2014-2020(PON METRO) implements one part of the initiatives conceived in the framework of European Urban Agenda for cohesion policies, born with the aim of strengthening the role of the big cities and their territories. 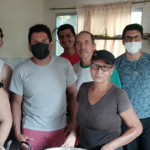 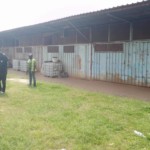 Dehonians in Italy have opened a fraternity near Bologna which intends to be a coexistence of various vocations.

DEHONIANS IN SOCIAL COMMITMENTS. The impact of God’s love for our Society. IX General Conference