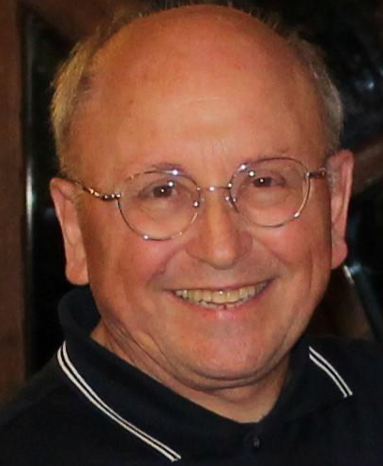 He was currently living in Roma (Italy). He belonged to the Province ITM.

Fr. Colecchia Fausto Leonida was born October 15, 1943 in Molise, in Montenero di Bisaccia (CB), and lived in Petacciato (CB) in a house in the country. At the age of eleven he entered the Apostolic School “Casa S. Maria” in Pagliare (AP), where he attended middle school.

After a year of novitiate in Foligno, he made his first religious profession on September 29, 1961. From 1961 to 1970 he remained in Foligno, studying Philosophy and Theology at the Regional Seminary in Assisi. Before beginning Theology he worked for two years (1966/67) in Pagliare as Assistant to Middle School students. In Frascati, while attending school at the Lateran, he obtained a Licentiate in Theology, a Diploma in Pastoral Care and, after attending the Biblical Institute, a Licentiate in Sacred Scripture.

He was ordained a priest in his hometown, Petacciato, on April 17, 1971. He remained in Frascati until 1975. In 1972 he became in charge of the apostolic sector. He was very committed and showed a decisive character full of initiative. Together with the other Dehonians he worked to engage the community  in various activities that enhanced priestly and religious presence.  He was involved in hospitality for groups, mostly religious, and in the apostolate at the Borgata Colle Pizzuto.  He collaborated with enthusiasm and competence, also becoming qualified as manager of wholesale and retail trade.

In 1975 he began his activity as Manager of Edizioni Dehoniane for a few years and with the Bookstore in Naples for ten years. For fifteen years he edited the magazine “Presenza Cristiana” and for ten years he was in charge of the Provincial Secretariat in Andria. The magazine was enriched by several of his articles and insights, even though he often wrote articles under different names.  He took care of the Benefactors of the Secretariat with scrupulousness and inventiveness, sending pamphlets or booklets he had written himself. One of his initiatives was the “Praying Dehonians”, inviting benefactors to live the Dehonian spirit: love and reconciliation, daily prayer and two special moments each month, the first and third Friday.

In addition to these commitments his other responsibilities were as Superior, Pastor, Provincial Councilor for nine years, President of the Commission of Spirituality and of the Dehonian Family, which he cared for in a special way, and especially the group of “Oblates” with whom he was in contact even during his stay in the Mercede Clinic in Rome, where he died on April 18, 2021.

He always worked with great commitment, competence and responsibility with his tenacious and tireless character.  He was a priest who lived the Dehonian spirit and always loved the apostolate, never refusing various commitments, even when he had health difficulties. Eye problems especially forced him to need accompaniment.

He had a lively intelligence and a very inventive spirit that led him to not only intellectual accomplishment as a writer, but also a certain taste and competence on the material level . He manifested this in particular in the renovation of the Sanctuary “Gesù Bambino” in S. Antonio Abate and the parish church of Mandaradoni, where he was a parish priest in his last years.

Despite his tenacity and determination, which in some circumstances could appear as a limitation, there was no lack of esteem for his commitment and in particular for his spirituality, which he manifested in his relationships and writings. 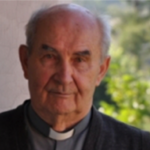