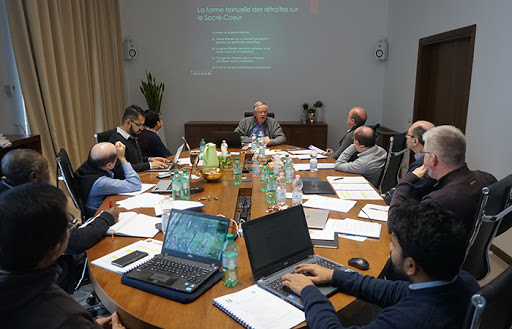 An important Dehonian theological meeting is scheduled for this month of  July. This is the triennial theological seminar, which, according to the original plans, was to have taken place in Yaoundé, Cameroon, July 12-17 . Due to the coronavirus pandemic, the seminar will not be held on site, but its work will take place remotely, taking advantage of modern means of online communication.

The preparation and implementation of the triennial seminar is the task of the Dehonian International and Continental Theological Commissions. The approaching of the 2020 theological seminar seems to be an opportune moment to remember the history of the creation and work of this “network of Dehonian theological reflection” in recent years.

The Dehonian International Theological Commission (CTID) was created in 2014. According  to the statutes, the Commission is at the service of the general government of the SCJ Congregation, which is responsible for the maintenance and development of the charismatic heritage. The CTID  offers its contribution to reflection and scientific research, and in this way collaborates with the general government to promote theological reflection and deepen Dehonian charism in the contemporary context. The Commission also promotes research and theological reflection of the Congregation, sharing this objective with the Continental Theological Commissions. Finally, the Commission collaborates with the Dehonian Study Center (CSD), in the role of the theological committee of the center.

Usually, the CTID meets once a year at the CSD headquarters in Rome. The annual meetings offer an important opportunity for the exchange of experiences and reflections on current work issues among members. They can also become a working platform to evaluate and improve the state of the intellectual apostolate and studies within the Congregation.

The annual meeting is an opportune moment to define the initial first approach to the proposed themes for a theological elaboration. These issues are raised by the general government or by members of the Commission itself. In recent years, the proposed themes were for example: social mercy, the social aspect of the Dehonian charism, the Sacred Heart as a theological theme, the concept of pure love in the mind of Dehon, Sint unum dehoniano, and the theme of synodality. A stable point in each annual meeting is sharing the progress of the work of the various continental commissions.

Although theologians of the various Dehonian entities of South America met regularly before, a continental theological commission was formally established in 2015. The commission developed an effective working method through frequent online sessions and annual meetings. The working themes included: social mercy, devotion, inculturation, theology of the people, and Sint unum in the social perspective.

The CTDEU statutes were approved in March 2016, during the meeting of the superiors of the SCJ European entities in Clairefontaine. The commission meets once or twice a year, usually in Rome. Among the working themes that have occupied the commission in recent years are: mercy, apocalyptic, devotion. A Dehonian Dictionary was also proposed and begun. It provides an updated Dehonian vocabulary, which could become a helpful instrument for formation in the congregation and in the consolidation of Dehonian spirituality.

In September 2015, the Dehonian Theological Commission of Africa (CTDAF) met for the first time. The commission meets once a year. So far, the meeting places have been: Congo, Cameroon, Madagascar, and the Republic of South Africa. Working themes have included: social reconciliation and reparation, migration and dialogue, inculturation and popular devotions.

In October 2016, during the meeting of the North American councils in Scarborough (Ontario), it was decided to create a Dehonian Theological Commission of North America (CTDAN). The USA Province and the CAN Region delegated 2 members each, creating a commission of 4 members. The meetings are organized once or twice a year, in Canada or in the United States. The commission’s work over the past three years has focused on the study of “pure love” in Dehon’s thought, reflection on the Sacred Heart as a symbol of revealed transcendence and on the possibilities of the various applications in the field of Dehon’s social commitment.

Finally, on December 1, 2016, during their meeting in Rome, the major superiors of Asia decided to create a Dehonian Asia Theological Commission (CTDAS). The commission’s work during these years has focused on different themes such as: the Heart of Jesus open to the wounded, ecology of the encyclical Laudato si ‘, and Reconciliation and dialogue in Asia. The commission also reflected on the needs of the Dehonian education sector in the Asian continent and on the theme of Sint unum in the context of ecological challenges in Asia.

In recent years, the work done within the “network of Dehonian theological reflection” has materialized in the various publications, meetings and organized seminars. The proposals for future development focus on the continuation of the work of the theological commissions and on the collaboration between the Dehonian university centers. The recent meeting of representatives of the Dehonian universities, held in Rome in February 2020, is a good sign of this dynamic. Therefore, the hope remains that the future will be a time of advancing the work carried out in the context of Dehonian theological reflection, which represents a service so dear to Father Léon Dehon: a service to truth.

The Month of the Sacred Heart with Dehon 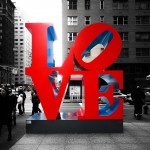 With the desire to work for the Congregation

Jesus’ lifestyle is our lifestyle

The Month of the Sacred Heart with Dehon