The humanity of the homeless captured in paintings

“I do what I can because I could not call myself a follower of Christ and turn my face away from so many suffering people.”

“I had an encounter with an elderly homeless woman several years ago which changed my life,” said Fr. Guy Blair, SCJ.  “As a result, I could no longer ‘step over’ the homeless as I entered stores or walked on the streets. I could no longer speak about Jesus Christ if I did not give of myself, do something for them.”

That “something” was the start of an informal ministry to the homeless that began two years ago in San Antonio. “At first it was a few people that I daily made meals for and provided basic necessities,” said Fr. Guy. “Now I have capped it at 20 meals every day and have accepted the help of people from several Bible reflection groups that I lead; they provide cash to buy groceries and tents, blankets and clothing. Some people have been very faithful in making meals and bringing them to me for the homeless; a few have accompanied me to help and meet the homeless people of whom I so frequently speak. 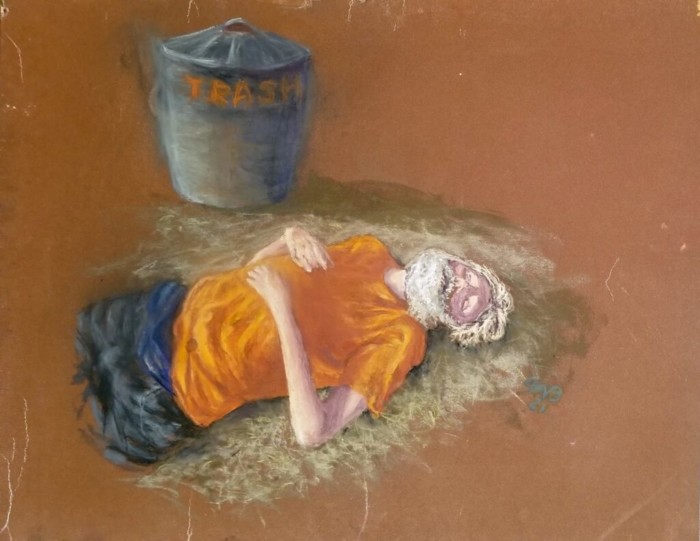 “I understand how difficult it is to enter into the lives of homeless people. It is an experience which takes great humility and courage.  It is also embarrassing because one realizes that the complaints we have simply fly away in the face of people eating out of garbage cans. There is so much to speak of, so much suffering.”

He wanted to get to know the homeless he encountered, get to know them as individuals, and started offering them $10 to sit with him and be interviewed. “I ask them about how they ended up in the situation they are in, and what keeps them alive,” said Fr. Guy. “There are some brave stories, but most are distressing and heartrending.  At least one man I know committed suicide, his memory haunts me.”

During the interview Fr. Guy asks the person if he can paint his/her portrait. “I tell them that I want to do a portrait of them but not one in which they might easily recognize themselves,” he said. “I generally try to do more of a psychological portrait, focusing on something that reveals their personality. Thus far I am surprised that I’ve been able to capture the likenesses of these folks.”

Jesus fall the first time “He lives under the highway overpass. I presume all he owns is in the suitcase… “

His initial plan was to use the paintings to “stir public interest in the wretchedness of their lives,” said Fr. Guy. But now that he has completed eight of them he isn’t sure how he wants to share the paintings. “They are so personal.”

However, he has shared two of his paintings here. 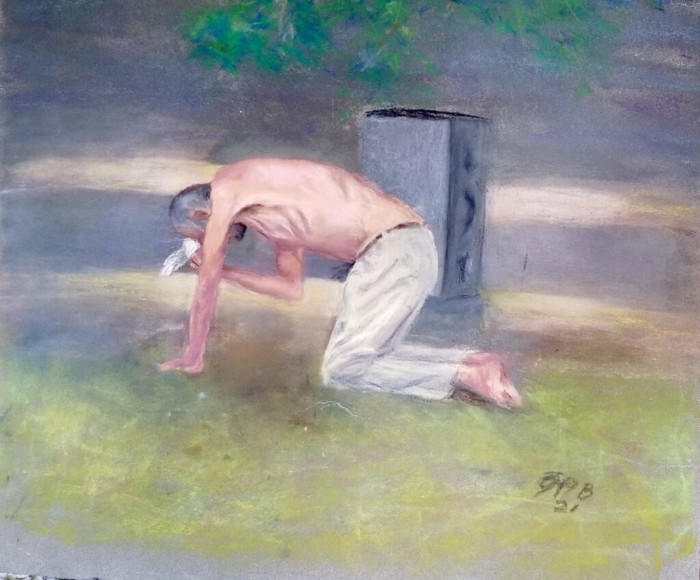 “I had spoken to the two men, asking their permission to take pictures after explaining why I wanted to do so and they were amenable,” said Fr. Guy. “The man in the orange shirt spoke with me as he lay in the dirt and said ‘I’m getting the hell away from here tonight.’  The other man lives under the tree; I managed to capture him trying to rise.

“I must admit that my heart breaks for these people, especially after I hear their stories.”

Fr. Guy describes himself as a self-taught artist; he has been painting for about six years. The images of the homeless were done in pastels.

“This is about the homeless people, not about me and not even about the ministry,” said Fr. Guy.  “It is scandalous that in the world’s greatest country we have no plan on a national basis to help our own citizens. It is also a disgrace how little our church is doing. One would assume that we would be marshaling more outreach to people suffering all around us, but we do not seem to be moved by their outrageous poverty and need.

“I do what I can because I could not call myself a follower of Christ and turn my face away from so many suffering people.” 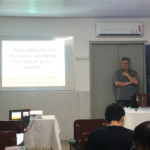