Advent is a time of preparation for Christmas, but it is also a time of grace to grow in the surety that the Lord is always coming to us. To celebrate His first coming gives us a firm hope that He will come back at the end of time, because all is made by Him, with Him, and for Him. Therefore, it is impossible to think that He is absent. The pedagogy of this special time leads us to experience the truth of a God who is Emmanuel, who is not either distant nor indifferent. As we meditate upon the Word of God in Advent, which confirms our faith, we encounter some figures who help us in this journey for they themselves walked the way. They are exemplar guides who show us with authority the road to be taken.

For the next two Advent Sundays (II and III), the Gospel will present us with the example of John the Baptist. In him we discover a bridge between the Old and New Testaments. Through his teachings and deeds, John the Baptist reveals that God will surely fulfill His promise to visit and liberate His people, sending us His Christ whom the Precursor has announced, “After me will come the one who is more powerful than I.” Although John must prepare God’s liberating intervention, only the Messiah has the power to accomplish it. For this reason, He is “more powerful” than the prophet. As John acknowledges his “inferiority” in comparison to Christ: “I am not worthy to stoop down and untie the thong of his sandals”, he also stands out among all the other prophets, including those who explicitly foretold the coming of the Messiah (Isaiah, Jeremiah). Only John is able to point to Christ as already being present in the midst of His people.

In fact, John becomes the direct precursor of Christ, yet he does not boast of being greater than others who have come before him giving their voice to announce this divine promise. On the contrary, he becomes part of the Old Testament tradition, “See, I am sending my messenger ahead of you, who will prepare your way.” Here, Mark the Evangelist makes reference to a passage from the prophet Isaiah (40:3) including other elements from the context of the Old Testament. In this verse, for example, we find a reference to Exodus (23:20) and to the prophet Malachi (3:1). Therefore, John is in fact the voice of one crying out, but the content of this voice is not his own word, it is the Word of God living and eternal. Such is the greatness of his mission. Thus, he serves as inspiration to those who wish to live the Advent Season profoundly, to those who would lend their voice so that the Word of God may continue to resonate among us. We cannot speak of John the Baptist without recognizing his intimate relationship with Christ. A voice without the Word is useless, it is nothing but a mere a noise. A voice without true content generates chaos, disorder, and betrays its own reason to be: to communicate the truth which bears life.

By introducing his gospel with the word “Beginning”, Mark makes a retrospective of the whole biblical tradition and leads the reader to the first expression registered in the Scriptures to introduce the Word of God: “In the beginning God created heaven and earth… And God said…” (Gn 1:1). It is very significative that these two passages are closely related and that God does what He says.

Therefore, in the beginning of his writing, Mark reaffirms that the Good News of Jesus Christ (words and actions) is the foundation of every Christian life, just as the Word of God and His action is the foundation of God’s creation. We cannot understand the first sentences of Mark’s gospel as a simple indication of the the beginning of a text: “Beginning of the Gospel of Jesus Christ.” Such a translation can be reductionist, because in the original Greek we find the word “arché” (beginning, foundation) which indicates more than the beginning of a writing. We are before the proclamation of that which is the foundation, the basis of the Gospel. According to the comprehension of the early Christian communities the “Gospel” is not just a writing or a book in the first place. Rather, it is the person of Christ himself and His teaching as inseparable realities. This first phrase of Mark summarizes all the faith of the community, because it says who Jesus is (the Messiah and the Son of God) and what He does (He announced the Good News with His words and life). The fact that Mark connected the “Gospel” (Greek: eu-angeliov) with the prophet Isaiah: “As it is written in the book of prophet Isaiah” gives the reader a key to understand why this proclamation is “Good News”.

In the context of the Babylonian exile (587-538 BC), the good news was precisely the freedom from captivity: “How beautiful upon the mountains are the feet of the messenger who announces peace, who brings good news, who announces salvation, who says to Zion, ‘Your God reigns’” (Is 52:7). In that time, God’s people were truly living in chaos, in a babel (confusion). For them, the good news was the announcing of a new creation, made possible only by returning to their land in Jerusalem, by rebuilding God’s temple as a place of encounter with the Lord, and by restoring their identity as God’s people.

The Gospel of Jesus Christ is the Good News, not only because it announces the necessary changes to re-establishing God’s plan of peace (Shalom) among the people, but also because Christ himself accomplishes the plan of God, announcing salvation. Conversion becomes the fundamental exigence of this salvation. Of such conversion, John the Baptist becomes the herald as he “appeared, baptizing in the wilderness and proclaiming a baptism of repentance for the forgiveness of sins.” Conversion is a change of direction which becomes concrete insofar as we abandon the captivity that imprisons and distances us from the “beginning” (arché) of our life. To prepare for the Lord’s Christmas is to allow our so often empty words to be converted. It is to lend our voice to the One who has the Word with the power to create new life. 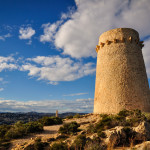 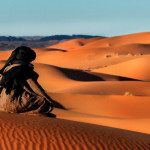