On a shining day of harvest season in the outskirts village of Philippines, two school students were selling ice creams, older one was carrying the box of ice creams and younger one was having a bell to attract the attention of customers. They had to walk kilometers and kilometers to next villages to sell. Together they formed incredible team says their sister Rene Dela Pena. Today the Older one, Julius Dela Pena is a priest in the congregation of priest of the sacred heart and younger one, Rb Dela Pena is a deacon at the same congregation.  They are all set to quench the spiritual thirst of the needy.

Vocation is not only the call from God alone but also it is the relationship between me and him.

It was my father who sowed the seeds of my vocation into my life. I was active in my parish as a child; I got involved in many church activities. But initially I wanted to become a medical doctor later to give up the desire because of lack of financial support.

To the congregation of priests of the Sacred Heart

At the time of joining the seminary I wanted to be a diocese priest but I had to pay a lot my money to join the diocesan seminary and my family was not able to pay it. This guided me to the congregation of priests of the Sacred Heart .I believe these were the plan of God for my vocation.

On spirituality of Sacred Heart

I belong to the parish dedicated to Sacred Heart run by the diocese. I heard a lot about sacred Heart of Jesus since my childhood. The spirituality is imprinted in my heart from childhood.

On inspiration from Fr. Dehon

I have zeal to become a missionary and this zeal comes from Fr. Dehon.

On Persons who inspired you

I did not know any Dehonian until I joined the congregation till then some of my parish priests were great inspiration. After joining my list has been growing more and more. The dedication, commitment and the un conditional service they rent to  the people has been inspiring.

Why do you want to be a Dehonian?

I desired to be a missionary and by nature the dehonian congregation is missionary. So, becoming a dehonian is appealing to me.

But what attracts me more of being a Dehonian is its missionary life experienced in and lived by the community. The spirit of being prophet of love and servant of reconciliation has not just become a motto, but a lifeline of our communion

Did you inspire your brother to become a priest?

He wanted to be a police man but later he realized that this is his call to become priest. we both have a very close relationship. I cannot fully take the credit of his vocation.

How do you want to contribute to the church in Philippines and congregation? 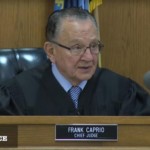