The bishop of Beira, Mozambique, Msgr. Claudio Dalla Zuzanna, tells us what happens in Cabo Delgado, a region afflicted by Islamist guerrillas.

In September 2019, addressing the Mozambican authorities during his visit to the country, Pope Francis quoted a passage from Evangelic Gaudium: “When a society – local, national or worldwide – abandons a part of itself in the suburbs, there will be no political programs, nor law enforcement or intelligence forces that can provide unlimited peace of mind. There is no doubt that he was also referring to the situation in Cabo Delgado, a region in northern Mozambique. Since October 2017, there have been more and more frequent attacks on the population in that region that have caused deaths, fires, destruction of public and private property, and later sparked clashes between the “insurgents” and the police and then with the army, which was beginning to be deployed in the area.

The dream of easy wealth

Cabo Delgado is a region, poor in infrastructure, primary services, with the highest rate of illiteracy in the country, but rich in raw materials, with huge deposits of natural gas, graphite, rubies and other resources whose exploitation has only recently begun and for which tens of billions of Euros are being invested, as in the case of natural gas where the Italian ENI is among the great promoters. The beginning of the exploitation of these resources has created a great expectation and fed the dream of easy wealth. But the locals soon saw themselves deprived of this dream: from forced displacement to make way for construction sites, to the allocation of exploitation rights for rubies and other raw materials to companies linked to the government elite, to the use of force to suppress protests and ensure respect for concessions made to foreign and elite interests.

This element seems to have detonated a situation created by a combination of factors – decades of neglect, since colonial times, tensions of various kinds and the de facto absence of the state – which have made much of this region, with its hundreds of kilometers of unguarded coastline and the hinterland difficult to control, the place of transit of any illegal activity, starting with the flow of heroin from the East, which through this gateway reaches South Africa and from there Europe. With its “porosity” and a weak local presence of institutions, the region favors human trafficking and illegal trade in wildlife, timber, precious stones and what can be a source of illegal profit. 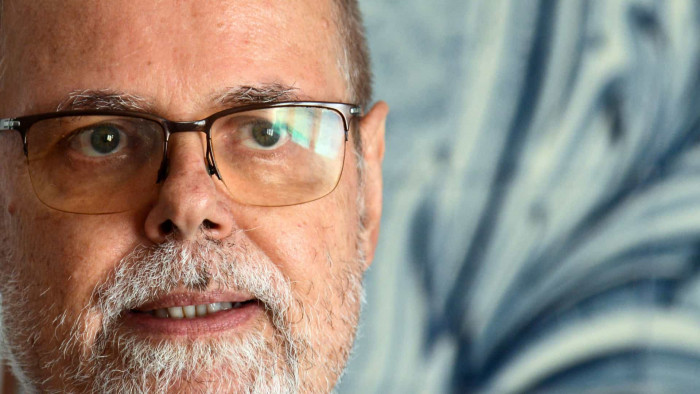 The Islamization of Africa

The recent violent actions seem to have been initiated by young people involved in the ongoing process of Islamization of Africa, which among other initiatives promotes the training of young people in Islamic countries along radical lines. But the large number of people who have gradually joined those who until recently were called “insurgents” are young people from other regions of the North of the country, not necessarily of Islamic religion, who would be attracted by what seems to be a well-paid job, at least in the early days.

The last year has recorded an exponential increase in actions of destruction and occupation of the territory. Small towns with a large presence of military personnel have been attacked, and some have been occupied, such as the port of Mocimboa da Praia, whose seizure has meant the block of any kind of circulation on a large part of the territory. The presence of foreign fighters alongside the Mozambicans is a fact. The Islamic State often claims the actions and certainly tries to ride out the events to take the leadership of this now authentic war, which now counts over 2,000 confirmed deaths, 500,000 displaced persons and massive destruction of villages and towns.

There are no claims or proclamations of objectives to be achieved. The fact that of the approximately 600,000 inhabitants of the area, more than 500,000 have fled to Pemba, the capital of the region, or to the regions further south, makes it possible to formulate a hypothesis. It does not seem so much that we want to establish an Islamic state with its legislation, but rather to create a large free zone available to all kinds of illegal trafficking, mainly to and from the East, within southern Africa. Taking advantage of the latter’s commercial channels would guarantee access to a much wider “market”.

It is a situation that, while rooted in the dynamics of poverty, exclusion and local exploitation, goes beyond the borders of Mozambique and involves international players with interests that are often at odds not only with each other but also and above all with the dignity of people. To achieve their goals they do not hesitate cynically to “discard”, as Pope Francis would say, entire peoples. 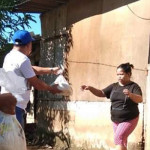 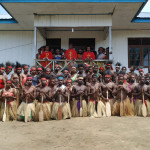