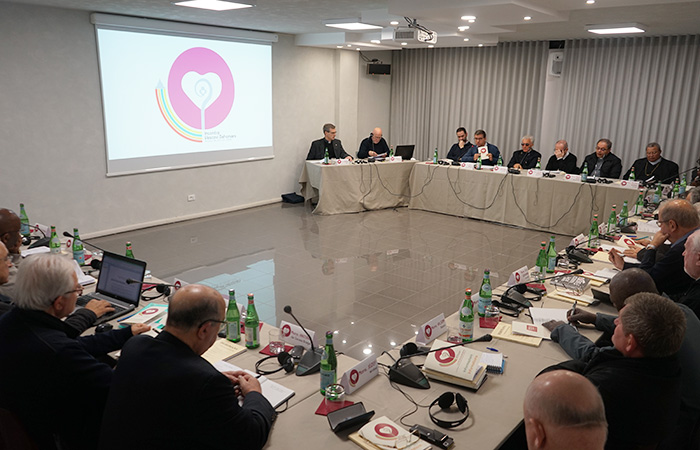 This is the third time that the Dehonian bishops have been invited to gather at the Dehonian Generalate in Rome. From January 18-23, 21 bishops will meet together to reflect on the challenges of evangelization. The subject broadly takes into consideration different areas of life: work, creation, youth, but also interreligious dialogue and the urgent issue of migration. The meeting is mainly designed as a platform for sharing and discussion. 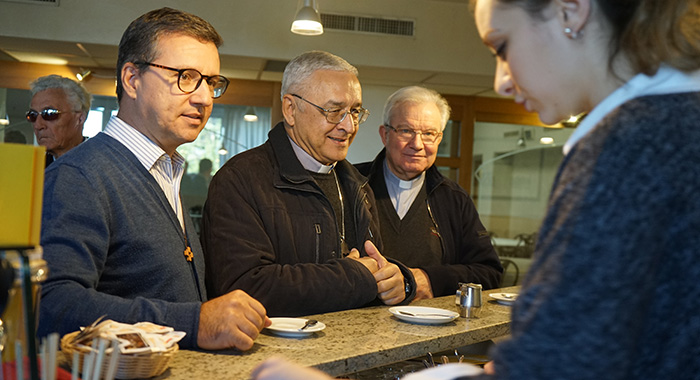 At the previous meeting, which took place during the Year of Faith, the Dehonian bishops’ real need to “drink from the source of our spirituality” emerged, by living in episcopal service the Dehonian missionary service. In his introduction, Carlos Enrique Caamaño Martín, SCJ, Vicar General, added another purpose for this year’s meeting: “Let us try to read the times, because we have the possibility to open ourselves to the future. The Church can be a house open to all”. 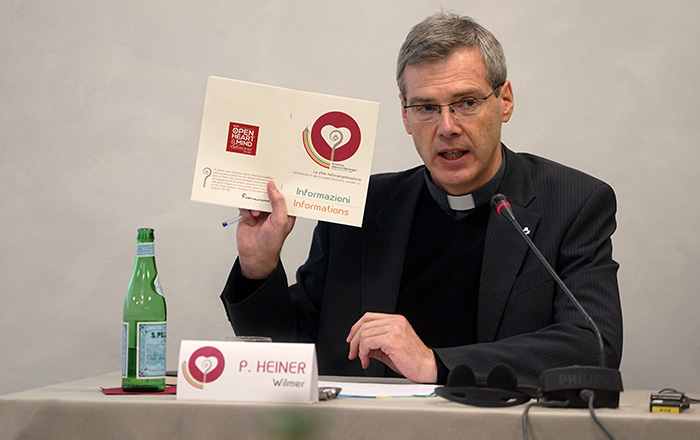 The main challenge expressed by the Superior General of the Dehonians (text attached) is how to convey the joy of being believers; believers today. It is challenging because we have to do so in a society that often tries to be self-sufficient in everything: “if you are intelligent, disciplined and have a precise modality, you can fight cancer, be rich, you can be a huge success,” is often the mindset of today. Therefore, the challenge, called by the general “soteriological challenge”, is indeed to make God’s salvation known. The same is true with the loss of the necessity of sacramental life and of the need for a saving God. We must not be afraid of preaching life after death, reliving the eschatological character of life and thinking not only about how to manage Catholic morality. Another factor of the challenge is that of knowing how to argue faith in the face of other religions. There is a 21st century icon that could be called: “the wounded heart;” an icon that speaks and can give a spiritual response and express three transcendental dimensions that we need: pulcrum, verum, bonum. We move beyond external appearances to see the beauty of each one; this is the concrete invitation to go to the peripheries.

At the end of his speech, Fr. Heiner Wilmer, SCJ, proposed a year of the “Wounded Heart”, which will be announced on the 175th anniversary of the birth of Fr. Dehon, promulgated on the Feast of the Sacred Heart, and which will last until 2019. 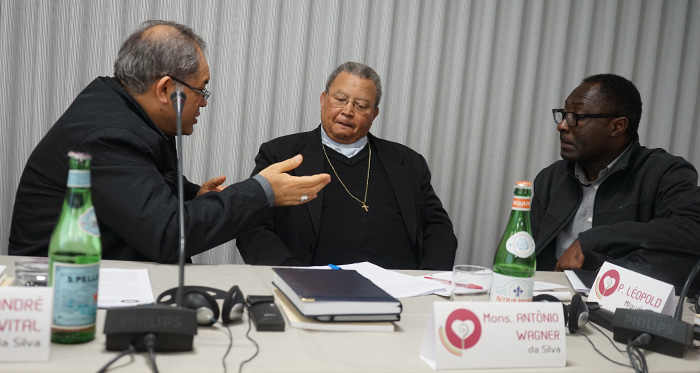 In the lively discussion provoked by the speech of Fr. General, Bishop Wilson Tadeu Jönck pointed out that “we are not the triumphant group that has the truth. If we behaved like that, we would be lost –– both the Congregation and the Church “. Bishop Carmo João Rhoden, bishop emeritus of Taubaté (Brazil), highlighted the fact that today’s man has forgotten that without God he is naked. Perhaps he also lost the ability to feel naked? Which, according to him, is today’s challenge: “To be disciples first of all ourselves. Disciples who realize the need for truly permanent formation “.

The eschatological challenge, that is, being able to live faith as a relationship, which will be in fullness beyond itself, and not only as faith that guarantees well-being and peace, is very urgent, said Archbishop Claudio Dalla Zuanna. 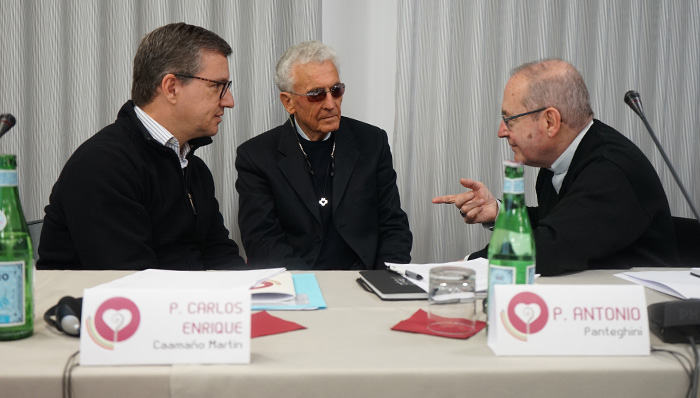 The former superior general, Bishop Virginio Bressanelli, said that the idea of the “wounded heart” is not negative. “I feel the wound in a positive sense, like a compassion. In fact, I’m happy to be hurt. I do not want the other world, I’m not idealistic. God’s pain is not negative. The heart is pierced from the outside, but opened from within. We need to make the Congregation reflect on this subject because it is our specificity “, said the bishop.

The afternoon sharing among the Dehonian bishops was animated by the input offered by Bishop José Ornelas Carvalho on pastoral challenges in the world of work. “Our greatest sin is that of having stopped believing that we can transform the world”. Bishop Aloysius Sudarso presented the Church’s relationship with Islam on the basis of the experiences of the Indonesian world and especially of its diocese of Palembang. Bishop Bressanelli, referring to the latest encyclical by Pope Francis, “Laudato si ‘”, spoke of the safeguarding of creation in pastoral care, reflecting above all on the reality of Patagonia (Argentina).

The meeting climate is very fraternal and provides an opportunity to gather together after several years. It is a time to strengthen the hope that the Dehonian message of the Open Heart and Mind can have a real influence.