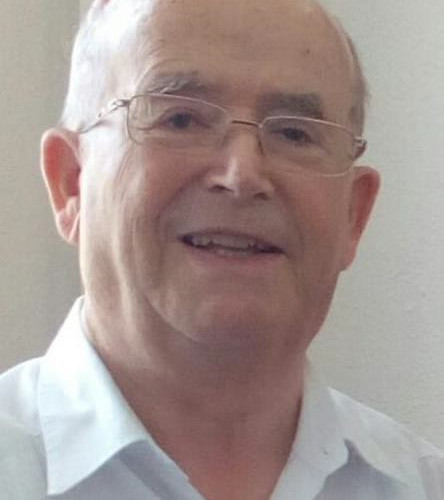 He was currently living in Salamanca (Spain). He belonged to the Province ESP.

Fr. Evaristo José Martínez de Alegría Oroquieta has left us. He was born on October 25, 1939, 81 years ago, when the cries and noises of war had barely stopped roaring. History, literature, art, landscapes and local townsfolk interested and occupied him equally: he enjoyed and shared them. Since he left his native Apelllaniz, in Alava, and arrived at the minor seminary of Puente la Reina in 1950, Evaristo Cultivated  this knowledge and these tastes with passion.

Soon he also knew that the knowledge and the taste that attracted him the most were those of Jesus Christ, the crucified one, showing and demonstrating his infinite love in his human Heart. After making his postulancy and novitiate in Zurraure in 1955-1956, he began his Dehonian religious life with first profession on September 29, 1956 (also in Zurraure). He made perpetual vows on the same date in 1961, this time in the city that marked the heart of our brother forever: Salamanca, where today he undertakes his final journey.

In “Little Rome” he studied the Church (1956-1964) and Civil History (1966-1971). To complete his formation he was sent to his other beloved city, “Big Rome”. There he studied varied specialties in depth, such as a degree in Liturgy and Archaeology (at the Anselmianum, 1966), a diploma in Canon Law (1988) and the course that enabled him to serve as Postulator for causes of beatification and canonization (2000).

He entered the various degrees of the sacrament of Holy Orders, always receiving them from the hands of Bishop Francisco Barbado Viejo OP, Bishop of Salamanca: ministries on April 21, 1963, the diaconate on September 15, 1963 and the presbyterate on March 29, 1964.

Thus began that beautiful pilgrimage that characterizes the life of every religious, marked by faces and services, joys and displeasure, innovative creativity and anguished feelings. Fr. Evaristo began as a teacher and educator of scholastics in Puente la Reina in 1959. After his return from Rome, he stayed in Salamanca (1966) as a teacher, dedicated to pastoral studies. As a teacher and technical director he worked in Novelda (1971) and in Alba de Tormes (1975), where he was appointed local superior of a community for the first time. During those years he also served as Provincial Secretary of Missions (1971-1973). The beginning of the eighties saw him set out for Valencia where he served as parish priest of San Francisco Javier from 1982 to 1986. While there he was called to cross the Mediterranean and to act for eight years as Superior of Rome I and Rector of the Collegio Internazionale Leone Dehon in our Generalate (1986-1992).

When the time came to return, Alba de Tormes was again his destination, and he worked as a teacher and tutor. He went to the community of Salamanca II to become the parish priest of Nuestra Señora de los Dolores between 1995 and 1999. He rejoined the life of the Province where he repeated (he had already been in 1981-1984) as provincial councilor (1996-1999) and provincial delegate for the Dehonian Family (1993-1999) In fact he was its first promoter in Spain.

But, with the end of the millennium, once again the voice of Rome called him “to St. Peter’s” and this time with a task of high importance in which he put all his passion and, not infrequently, his strong vehemence. These years (1999-2012)

were full of glory with the beatification of Fr. Juan Maria de la Cruz in which he acted as vice-postulator general, and also of painful passion, which follows from being the postulator general who accompanies the process of beatification. In the city on the Tiber he carried out a wide range of pastoral services (confessions, preaching, retreats, parish masses, accompaniment of neocatechumenal communities, chaplain to religious women), as well as service to his community when he was appointed local administrator when the local superior of Rome II had to temporarily leave his service  due to illness.

The time of his return was also marked by the perception of a slight but progressive deterioration of his health. He had already known episodes that worried everyone at the end of the nineties in Salamanca. It is precisely there where he retired, waiting for “sister death” as taught by St. Francis of Assisi, and letting nothing disturb him, as a good disciple of St. Teresa of Jesus.

His different engagements have made him worthy, certainly, of many friendships, here on earth where he leaves us for now, and there in the celestial homeland where others (like the blessed Cristobal de Santa Catalina Fernandez de Valladolid – 1638-1690 -, of the Brothers of the TOR and founder of the Hermanas Hospitalarias de Jesus Nazareno de Cordoba) receive public worship in the Church thanks to his deeds and knowledge. He will now be able to exchange opinions (and if necessary, engage in a good discussion) with those whom he read so much and wanted to make known among us: Fr. Dehon, Fr. André Prevot and, of course, Blessed Juan Maria de la Cruz.

Such good company consoles us in having to let you go. You were silent lately as was necessary, but with eyes always awake, attentive and alive. Rest, brother, together with all of us who are there, in the peace of the Heart of Jesus. We also ask you to keep us present before Him, every day, every hour. (Fr. Juan José Arnaiz Ecker, scj Provincial Superior) 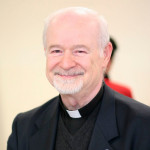 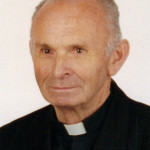