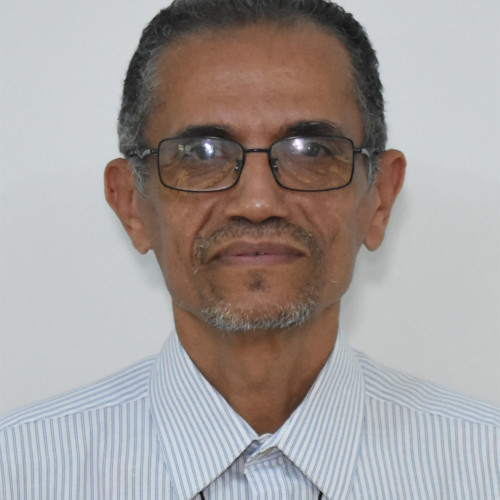 He was currently living in Recife (Brazil). He belonged to the Province BRE.

Father Belarmino’s legacy is a gospel writ large for all of us! Since it communicates the good news to the poor, suffering and little ones of this world. Our Lord Jesus Christ was always the CENTRALITY of his life. Belarmino’s life cannot be understood outside of this perspective of faith in a God who chooses the little ones of this world to accomplish his plan of love and who loves the disinherited of the earth.

Always solicitous, responsible and obedient, he corresponded admirably to his human and Christian vocation. He never denied his northeastern and family roots. He had the grace to end his days in the midst of loved ones and in the bosom of his religious family.

“Seeing the crowds, Jesus went up the mountain and sat down. The disciples drew near, and He began to teach the beatitudes.” The beatitudes are a path of liberation from earthly things, and continue to be a proposal of a holy life. We can say that Fr. Belarmino made the same movement of approaching Jesus as the disciples and allowed himself to be molded by Him. This requirement to be truly a disciple of the master, he did it very well!

Our religious family – Congregation of the Priests of the Sacred Heart of Jesus – family members, parishioners and former parishioners, and friends, are witnesses to the living Gospel that was the life of this brother of ours.

Priest after your own heart

He made himself poor for the poor, authenticating the proclamation of the Gospel everywhere he went. His model of life, stripped of everything, is the faithful witness of one who knew how to live free for love. Fr. Belarmino was a man of great faith. A great devotee of the Sacred Heart of Jesus. He left for the Father’s Heart on a Friday.

It was not difficult to see Fr. Belarmino before the Blessed Sacrament. He prayed the rosary every day and often in the early hours of his life. A meek man, of few words, merciful, always ready to listen and made every effort to help his neighbor. Welcoming, friend, counselor. The Beatitudes proclaimed in today’s Gospel can be seen clearly in the life of our dear confrere.

He overcame a ischemic stroke, he overcame covid-19 in the post-operative period, he overcame a respiratory infection, he endured it all! He offered everything to the suffering of Jesus on the Cross. A man of great strength, great faith, and great patience! He knew how to bear the pain of those who suffered with a totally aggressive disease.

In the last months of his life, Father Francis never complained about anything. He faced everything with great sobriety. He always blessed everyone who visited him.

He liked to talk about sports, followed closely the life of his teams: Treze (from Campina Grande/PB) and Flamengo…

Final moments of your life…

Last Wednesday he had great improvement. I believe that as the popular saying goes; “the improvement of death”. He knew everything that he was going through. He was very conscious. He even commented on the governor’s last speech regarding the new isolation restrictions announced by the Pernambuco state government.

Although his vitals were good and he was apparently doing well, despite everything, he no longer wanted to feed himself and rejected his medications. He slept early. Around 03:30 this morning he woke up convulsed. He had a high fever and stats were dropping. Father Dalmon Lemos with the help of the caregivers provided the last aid. At 5:20 AM. Father Francisco delivered his spirit and was taken into the arms of the Good Shepherd.

In the verses of St. John of the Cross there is a place he says that: at the end of his mortal life he will be judged by love. Mercy triumphs over judgment because of God’s love for us, because of the love that exists between us.

We are here as brothers in the ministerial priesthood. Sacramental grace creates a deep relationship between us. Certainly the death of one of our own is a call to us to live our priesthood more intensely and with greater fidelity.

Our Province, without a doubt, loses one of its greatest confreres! But it gained in heaven an excellent intercessor! A saint reaches the Heart of Jesus. A son greatly loved by a God of infinite love. Today we have the certainty that he is with God.

Francis was a religious who knew how to care so well for his priestly life, of infinite simplicity. May God our Father grant him eternal rest, in that definitive meeting of heavenly glory.

Let us give thanks to God for all that was accomplished by him and through him. In the name of the whole Congregation, I thank the people who were closest to him at the end of his journey in this world. To all the confreres and those in formation, family members, caregivers; to all the doctors who behaved as true messengers of God; to the Sisters Servants of Charity; to his family members, to Santa Clara Parish and to everyone who prayed during these six months for father.

Grief on this day invaded our hearts with the early departure of our confrere. However, the certainty of the resurrection warms, consoles and comforts our hearts. Belarmino has already gone to the definitive Kingdom, and he is already in the company of the saints that he venerated on earth: live with them, but don’t forget to intercede for us so that we persevere in our pilgrimage of faith.

Blind hope in the Lord makes us believe that: One day we will all meet in heaven like our confrere in eternity! 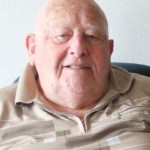 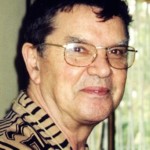