“Gifted to give”: 500 years of Christianity in the Philippines

Christians in the Philippines celebrate 500 years of evangelization. Fr. Dehon also spent three days there. Today, Dehonians are engaged in many pastoral fields and missions.

500 years ago, the Portuguese explorer, Ferdinand Magellan (Fernão de Magalhães) reached an archipelago, later on, called the Philippines. He was leading the Spanish expedition called “East Indies” (1519-1522) with the intent to circumnavigate the globe. On March 16, 1521, he and his expedition arrived on these newly discovered islands, and on March 31, 1521, the first Mass was celebrated on the Island of Limasawa, Southern Leyte. They baptized 800 native people characterizing the first Catholic Community.

Church in the Philippines

As time passed by,  the Church in the Philippines grew bigger with its people. Presently, there are 80.41 million Catholics (79% of the population) organized in 16 Archdioceses, 72 Dioceses, 7 Apostolic Vicariates, 1 Ordinary Military, and it is distributed in 3393 parishes. 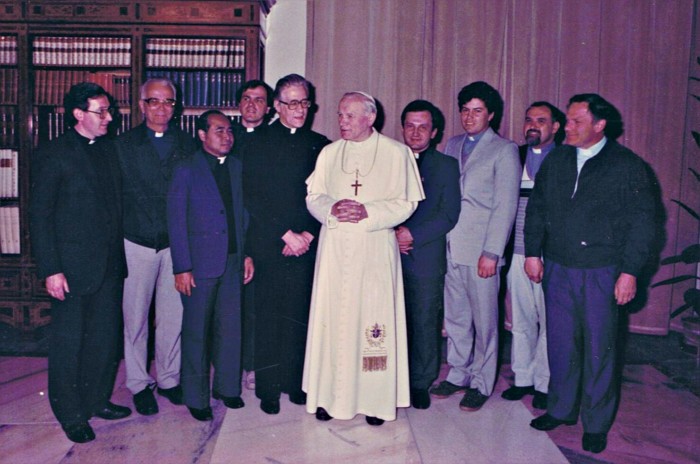 To celebrate these 500 years of Christianity in the Philippines, the Catholic Church selected the theme: “Gifted to give”. This serves as a reminder of how we sincerely take in one’s arm  the Catholic faith we have been gifted with. We have received this gift  to nurture it for us to be able to share it with others  in spreading the Good News. Archbishop Romulo Valles, president of the Philippines Catholic Bishop Conference  reminded that faith is a gift from God, it gives meaning to life and there is a life full of joy in believing in the Lord. “We are gifted by faith and we share this gift to others” and not only the faith that has been gifted to us to share but also the material goods as well, the archbishop Valles added. Particularly in this time of Pandemic, there were natural calamities like typhoons, volcanic eruption, and earthquake which just happened last year which led the Church to mobilize their parishioners to help each other with food and shelter.

Moreover, in this Jubilee year (April 04, 2021, to April 22, 2022), each diocese opened their Holy Doors in their cathedrals and designated Churches spread in their dioceses, in a way that all people may participate in their church pilgrimages. Also, the dioceses, pastoral, and movements are organizing programs of evangelization, catechisms, and opportunities for sharing their faith with others.

United with the Pinoy Catholics, Pope Francis celebrated an opening Mass for this Jubilee Year in Saint Peter Basilica on March 31, 2021. In his homily, he reminded that the Filipino “smuggle” their faith wherever they go and he urged them to continue spreading the joy of the Gospel. In addition, Cardinal Tagle, in a thanksgiving message to the Pope at the end of the Mass remembered that there are 10 million Filipinos scattered in 100 countries and he invited them to be missionaries of Jesus. “By God’s mysterious design, the gift of faith we have received is now being shared by millions of Christian Filipino migrants in different parts of the world,” said Cardinal Tagle. It is evident that Filipinos are more than migrants in other places, they carry with them their faith wherever they go.

Finally, the SCJ participation in the Filipino Church is just “a drop in the bucket of the needs”, as an SCJ missionary of the first group, Fr. Francis Pupkowski reminded us this first “drop”, (maybe a presence implicitly wanted by Fr. Dehon 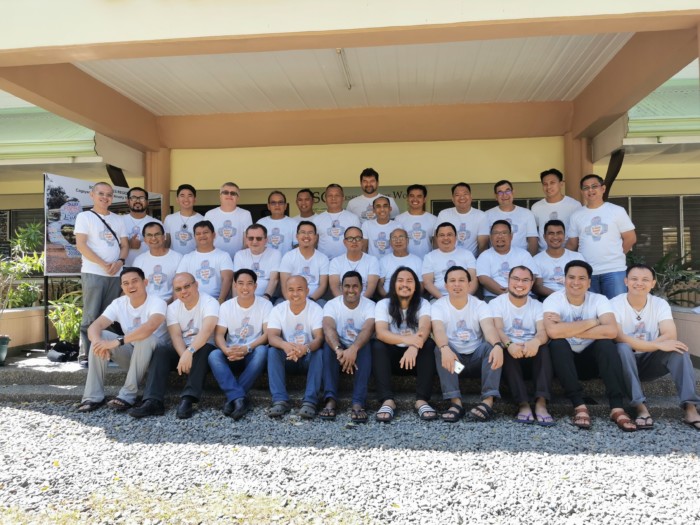 who sailed for 3 days from China on December 1, 1910, to stay 3 days in the Philippines and returned to China as Fr. P.J. McGuire, SCJ, suggested) happened 32 years ago and today is spread in 8 parishes, 2 social apostolates (one work in the healing of sexually abused girls named ‘Kasanag Foundation’ and the other gives opportunities and conditions for indigenous students, ‘Higaonon scholars’), 25 Filipino priests and 1 deacon (one is a missionary in Finland and another in Colombia), 10 foreign missionaries, 2 novices, 28 scholastics (20 Vietnamese and 8 Filipinos), 14 aspirants and 8 propaedeuts.

Summarizing, “Gifted to give”, the theme of this Jubilee Year is a thanksgiving of the Filipino people for uncountable blessings received from God which they joyfully share throughout the country and the world over these 500 years. 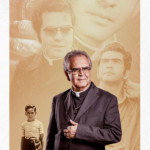 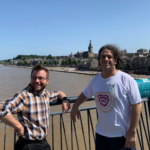 Jesus and Michal in Netherlands

Dehonians in the Philippines a gift for the church

On the occasion of the 500th anniversary of the evangelization of the Philippines, the Dehonians present their mission and activities.

Jesus and Michal in Netherlands