June 5: a day of celebration and closure

In many ways, Friday, June 5, was a day of celebration at the General Chapter. It began with Eucharist at which Fr. John van den Hengel was the main celebrant. It was his 50th anniversary of priesthood.

Then it was on to a visit with Pope Francis who set aside a prepared text to freely speak with the SCJs, noting his familiarity with the congregation, its work and its charism. He mentioned Bishop Virginio Bressanelli, the former superior general and fellow Argentine. And, he spoke of one of the key themes of the chapter: mercy. A guiding force in his own life, the Holy Father urged Dehonians to make mercy the center of their vocation. It is, he said, a word that embodies the gospel message. [The photo at right is from L’Osservatore Romano]

Back at the Generalate it was time for lunch and a continued celebration of Fr. John’s anniversary. Gifts, congratulations and a dining room full of laughter.

In the late afternoon the chapter gathered in the meeting hall one last time. They reviewed and approved the synthesis statement. It is a document that summarizes and gives direction to the priorities the chapter worked on during the previous days: Spirituality and Identity, Fraternal Life in Community, Formation, the Preferential Option for the Poor, and Mission.

“To be merciful, in community, with the poor, is an invitation to walk in an ‘Exodus:’ leaving ourselves behind in order to meet with the other; leaving behind our search for security and comfort and opening ourselves to being welcoming; planning prudently while maintaining an attitude of expecting the unexpected; walking with the poor toward a land where ‘mercy and truth shall meet, justice and peace will embrace, (Ps. 85)’” wrote the synthesis committee in the document’s introduction.

A final copy of the synthesiswill be made available to the congregation soon after the chapter. 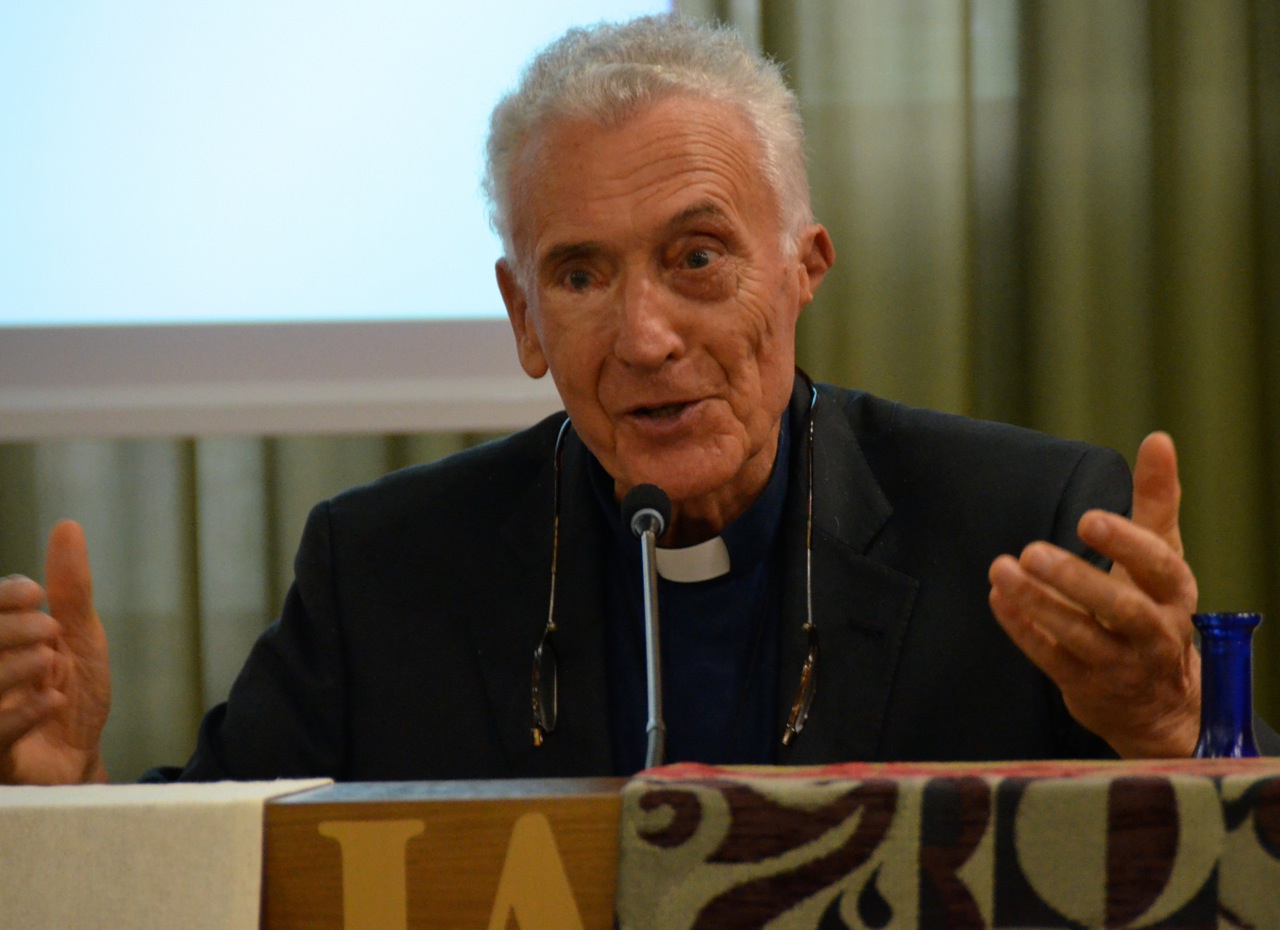 The session closed with words from superior generals past, present and newly elected. Fr. Antonio Panteghini expressed his joy at being with the chapter, one that is much different than those he had presided over when he was superior general. “It is wonderful for me to see the many colors of the world represented here,” he said. “Looking just one or two chapters back we didn’t see this diversity in the room. But here there is much youth, there is ‘color.’ It signifies the broadening of the congregation –– its active presence in the world and a great hope for the future.”

Fr. José Ornelas Carvalho spoke of the fraternal atmosphere of the chapter; he was grateful to those who spent countless hours organizing it, attributing much of the chapter’s success to their work.

“This is the last time that I will speak to you as the superior general,” he concluded. “I want to tell you what an immense gratitude I feel. It has been a great privilege for me to serve the congregation. I thank you all for your kindness.” 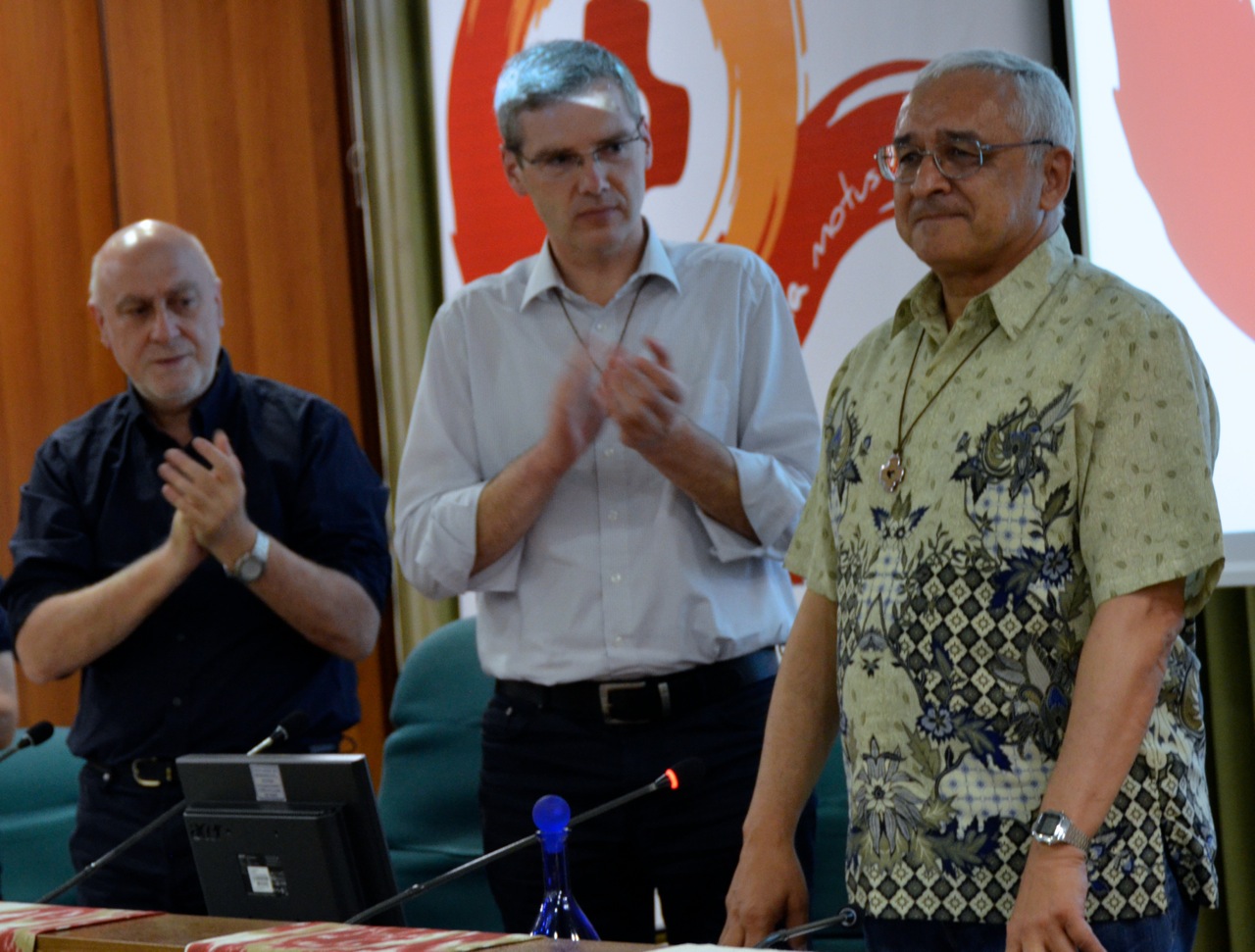 The entire hall burst into a long, standing ovation, expressing their own gratitude for the service of Fr. Ornelas and his dedication to the congregation.

Fr Heiner Wilmer concluded the session with his words of thanks to all of those who made the chapter possible, including the members of the preparatory commission, the moderators, the secretariat (especially Fr. Heru Ismadi, secretary general, and Br. Roberto Garcia, vice secretary general), the moderators, the secretaries, the synthesis committee, the liturgy committee, group leaders, the communications team, the translators, the IT personnel, the staff of Villa Aurelia and the Generalate, as well as the members of the International College community.

The chapter comes to an end with Saturday’s closing liturgy during which the new general administration will be installed.
CLICK HERE to view all of the photos from the chapter

Inauguration of our District House

Fr. Wilmer: I’m moved by the trust of the Dehonians

“Vatican Insider” writes about Pope Francis’ words to the Dehonians

David Neuold and the figure of the Fr. Dehon

Do you know the hymn of the next General Chapter?

Europe – Reflecting on the motto of the General Chapter: Trinitarian Grounding of Mercy

Towards the General Chapter 2015:Contributions of  the European Dehonian Theological Commission

Reflecting on the motto of the General Chapter: Mercy and Pardon

Towards the General Chapter 2015: ontributions of  the European Dehonian Theological Commission

Inauguration of our District House