Pilgrimage of the Seven Churches 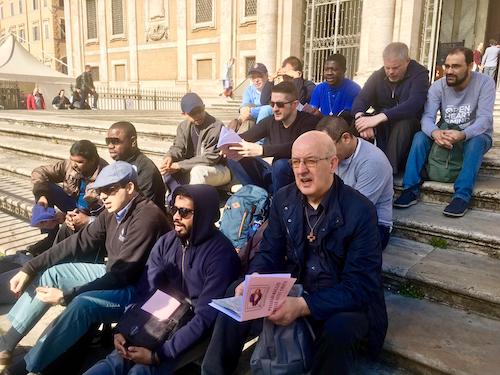 Next to the Basilica of San Sebastiano fuori le mura, in Appia Antica park, begins a 3.5 km road that connects the Apostolic Memory (in the catacombs of San Sebastiano the remains of Saints Peter and Paul were hidden during the last great persecutions of the time of Decius, Valerian and Diocletian, therefore the Basilica is so called) and the Basilica of St. Paul Outside the Walls. This street takes its name, Sette Chiese [Seven Churches], from the pilgrimage that contains the seven most important sanctuaries of the Eternal City: the Vatican [St. Peter’s], Santa Maria Maggiore, San Lorenzo al Verano, Santa Croce in Gerusalemme, Laterano, San Sebastiano and San Paolo fuori le mura. It is a route, about 20 km long, which has been a way of visiting Rome since the Middle Ages. As in a large sanctuary, where the traces of the martyrs are found at almost every intersection, we wanted to note the main points of reference that could not be omitted during the pilgrimage to the apostolic remains. 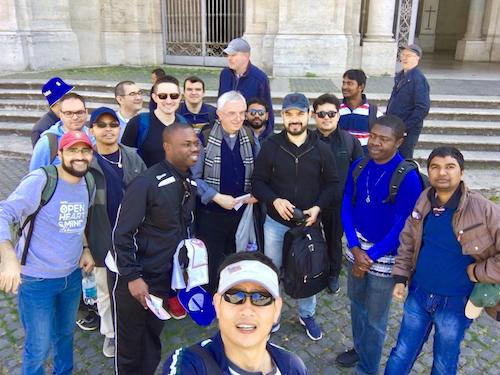 A further value to the history of the Roman pilgrimage is given by St. Philip Neri. He lived in Renaissance Rome, which was beginning to forget the sacred nature of the city as it increasingly became the capital of the Pope-king and differed in nothing from the other European courts. At carnival time, when its mundane character was expressed in the feasts with dancing, music and drunkenness, a Florentine priest wanted to propose to the pious souls the Good Walk, which usually took place in two stages or from San Pietro to Santa Maria Maggiore, or he went outside the walls and then returned (especially on holidays). Over time this practice moved towards Lent; today it is a typical Roman way of experiencing the time before Easter, while at carnival the Adoration of the Forty Hours is proposed. 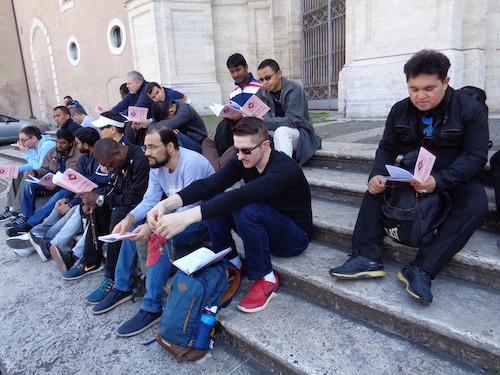 On March 23, 2019, members of the Generalate communities decided to undertake this ancient Roman tradition by applying a Dehonian imprint to it. Our founder, through the passages of the texts of Couronne d’Amour, was our guide in the footsteps of the Passion of Christ from the Cenacle to the Cross. We recited the seven penitential psalms (6, 32, 38, 51, 102, 130, 143) before starting from the basilicas and three Chapels of the Sacred Heart of Jesus according to the method of Fr. Dehon.

The spirit of fraternity, the sharing of effort and mutual cordiality, enabled us to make our pilgrimage to the Apostle of the Gentiles in about 10 hours, with prayer from beginning to end. Despite the fatigue and discomfort in our legs, we were happy, and we look forward to repeating the journey to meet God in his sactuaries.