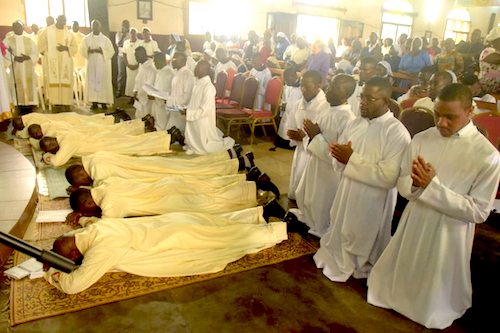 The evening of August 11, 2019 was a joyful occasion for the province of Cameroon with the celebration of the entrance to the novitiate of 9 postulants at the Sacred Heart House of Ndoungué. Indeed, among these 9 postulants were 2 from the Province of South Africa. 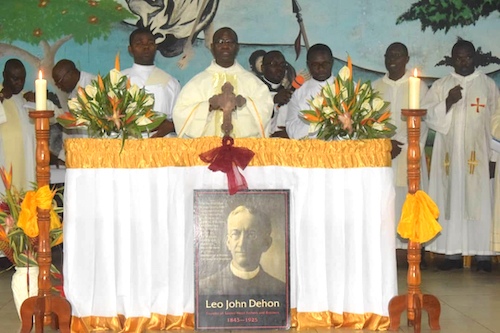 It was during the Mass, started at 10am that these brothers made their first vows for some and for others their perpetual vows before God and the Church. It is special to specify that among the 8 neo temporal professed is the first religious of the mission of Tchad which was begun several years ago. Father Jean Marie Signié, Provincial Superior, who presided at this solemn mass, rejoiced for these new births in the Congregation and he invited the people of God there present to pray for these religious. The preacher, Father Blaise Nsangou in his homily, called on all the neo-professed to renew daily their oblation to God and to let themselves being accompanied by the holy spirit. In addition, this Mass was also an opportunity for 10 confreres to renew once more their vows of religion for a year. 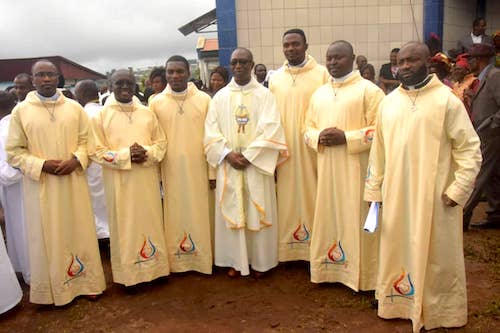 During this celebration, we acknowledged the presence of Father Leopold Mfouakouet, General Councilor, several SCJs and diocesan priests, religious men and women and a large crowd of Christians coming from many sides. The liturgy of the Mass was very special with an African coloring and speeches in French and English.

After the Eucharistic celebration, a meal was offered to share the joy of this religious consecration in the Dehonians religious family.