Among the services of the General Curia we have the General Archives. It is divided into several areas:

– The archive proper with the writings of the founder, Fr. Leo John Dehon, and all the documentation of the life of the congregation since its inception (1877) to the last General Chapter (2015); 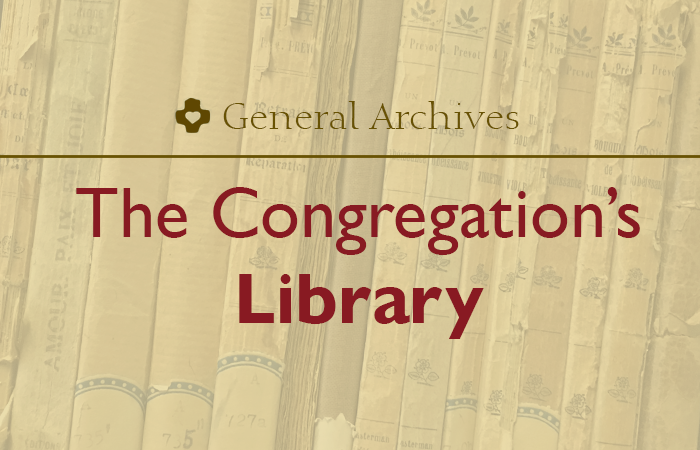 In May, 1931, Fr. Philippe, then superior general, during a canonical visit to Nijmegen said, “We believe that our Congregation will remain the Congregation of the Priests of the Sacred Heart if the spirit of our Founder will remain alive. So we feel compelled to preserve his spirit. Fr. Dehon died, but his spirit is not dead. He continues to live in his congregation and in his writings.” Since then, we have started to preserve, translate and publish the writings of Fr. Dehon and to collect all that has been written by members of the Congregation:

– All that the Congregation or the entities have published and will publish.

– All material that members of the Congregation write or publish by any publisher.

– All the material published on the Congregation or the members of the Institute. 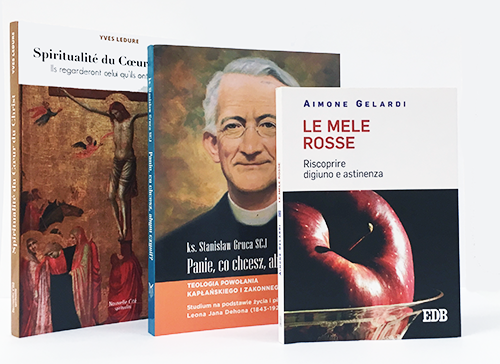 “Red Apples, Rediscovering Fasting and Abstinence”, by Fr. Aimone Gelardi. He is a professor emeritus who taught moral theology and philosophical ethics in Bologna. He has been director of the EDB, and author of several books published by the same publishing house. The book is part of a series of 12 paperback books. The author intends to approach and explain the meaning of fasting and abstinence “starting with the one who prepares the Eucharistic encounter with the Lord” (p. 8). The significance of the title: “Among the memories of distant Lents and abstinence, I cherish a holy card on the back of which a certain Sr. Agnes wrote in beautiful handwriting: For Michela: leave to Jesus the red apples. We, when we were younger, watched Michela, almost like Joan of Arc, when, with rare fidelity, avoid the red apples, waiting for the other seasonal fruit, ate in Lent, between winter and spring, signaling the first flowers of the almond” p. 33.

“Spirituality of the Heart of Christ; a transparent look”», by Fr. Yves Ledure Nouvelle Cité, pp. 187. The author is a member of the Franco-European Province, emeritus professor of philosophy at the University of Metz in France. He is one of the few SCJs who truly knows the writings of Fr. Dehon and he is an author of numerous books on our Founder. The author explains in the book that the devotion to the Heart of Jesus was very popular in the past, but it became widespread in the 17th century in the whole Catholic Church after the message of Margaret Mary Alacoque. It was so much so that in 1899 Pope Leo XIII consecrated the whole human race to the Heart of Jesus. In the book the author sets out to discover the origins of the spread of this devotion as it became an authentic evangelical spirituality.

“Lord, What Do You Want Me to Do? The theology of vocations to the priesthood and religious life. A study based on the life and writings of Leo John Dehon (1843-1925)”, by Fr. Stanisław Gruca. It is the fruit of the theological research for his doctoral thesis at the Catholic University in Lublin and was published by the Dehon Publishing House in Krakow. What emerges in the book is the portrait of a Dehonian: humble, free from discouragement and inner burning, full of charity, confident of the Church and its superiors, faithful to prayer and with a capability to evaluate social realities.