The Dehonian presence in Uruguay has historically been characterized by social commitment. In our pastoral action, we have sought to keep in mind the social demands of announcing the Kingdom of God.

On November 9th, we celebrated 80 years of presence in Uruguay. On this occasion, I think it is important to take a brief historical overview of this significant presence.

In 1906, Fr. Leon Dehon, after the definitive approval of the Congregation paid a visit to his missionaries in Brazil and took the opportunity to visit Montevideo – Uruguay (December 14) and Buenos Aires – Argentina (December 15-21), perhaps anticipating, that years later, his missionaries will arrive in these countries as well. During these visits, Fr. Dehon was impressed by the activity and vitality of the Catholic Worker’s Circles in these two countries.

In 1940, Fr. Juan Karkens, the superior of the Priests of the Heart of Jesus in Argentina at that time, arrived in Montevideo, invited by the then Archbishop of Montevideo, Msgr. Juan Francisco Aragone, to attend the request of the industrialist Leonardo Steverlynck, of Belgian origin, who wanted his textile workers to have a chapel and to be able to educate their children in a Christian way.

Another of these first Dehonian religious, already installed in Montevideo, Fr. Pedro Bartels, began to gather together the poorest boys of these slums to give them human and religious formation, and so in June 1942, the first parish school was opened in El Salvador. In the first years, they took over the El Salvador Parish, the social promotion work “la Casilla”, the student home León Dehon, the El Salvador School and the Sanctuary of the Grotto of Lourdes. Later on, they added new schools.

In 1965, the Dutch religious left the work in Uruguay to the Italian Dehonians of the Region of Argentina, which was dependent on Northern Italy. The new Region began to be called “AU”. In 2004, the URU District was created, dependent on the Province of Argentina (ARG). The District was an international mission in which Italian Dehonian religious, Argentineans, a Dutchman, a  Polish, and young religious from Brazil worked.

The missionary presence of the Congregation in Uruguay has been characterized by having covered different pastoral areas:

Because of the scarce quantity of religious, at the beginning of 2020, the General Council of the Congregation considered that it was convenient that the brothers of the Territorial Community of Uruguay, presently in La Gruta de  Lourdes and El Pinar, became two communities of the Argentine Province.

The Dehonian presence in Uruguay has historically been characterized by social commitment. In our pastoral action, both lay and religious, we have sought to keep in mind the social demands of announcing the Kingdom of God. Responding to the cultural and social challenges (poverty on the periphery) of the place where we are located, our social commitment has been characterized by educational service, from the first Dutch Dehonians to the present situation with various social services.

Celebrating the 80th anniversary of the Dehonian work in Uruguay, we find a small but significant presence of religious in Montevideo and in El Pinar. This does not cease to be a challenge, full of hope for all of us, to try to strengthen this missionary work. We are waiting for the reinforcements for our Province, which God willing, will come. 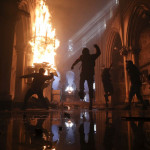 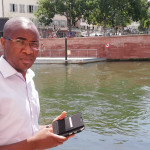