After spending 7 years at the International Scholasticate in Freiburg, Germany for his studies in Philosophy and Theology, Brother Colince Michel Fouateu, originally from the Province of Cameroon, tells us about his rich experience in the country of Goethe, in relation to his social and academic integration as well as to community life and the challenges of internationality.

Leaving one’s native land, one’s country, one’s habits, for another horizon has never been an ordeal without pitfalls and obstacles. The discovery of new lands has always been, on the contrary, an opportunity for new discoveries through experiences rich in lessons, interspersed with permanent efforts. An experience that is part of the logic of knowing the other is in his or her reality

As a result, with the grace of God, I have had the privilege of going far away, to distant and foreign lands, and to experience the other in his or her being and reality. An African religious, who after his first profession of the evangelical counsels of poverty, chastity, and obedience through the vows, goes far away to distant lands, to continue his priestly formation in studies of philosophy and theology. 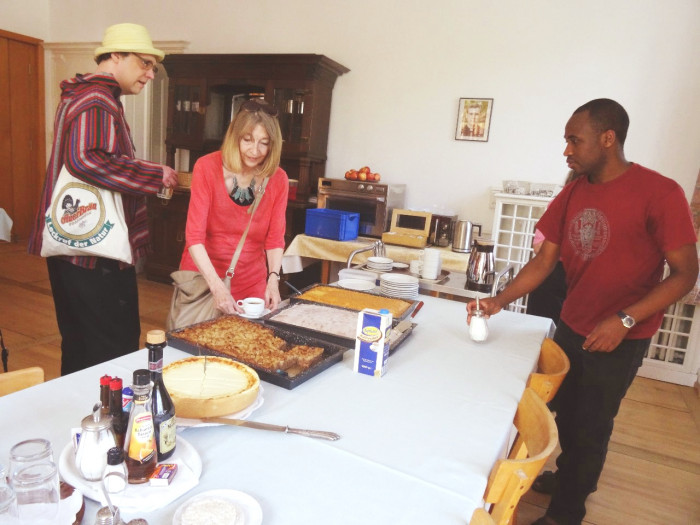 The discovery of others in their cultures, customs, and habits is inescapably linked to the learning of their language, because it is an essential or even primordial element of language, the door that opens to knowledge of its mysteries and that no man would wish to remain closed for too long.

So the first challenge that I faced (obviously) was learning the language. A language for which, as the Irish writer and poet Oscar Wilder said, “A Lifetime would not be enough to learn: German.”

With the help of the members of the student community of the Priests of the Sacred Heart of Jesus in Freiburg from various backgrounds and my own personal efforts, time gradually took me away from my ignorance of this language. As a result, the fruits not only kept the promise of its flowers, but remained faithful to them. The Freiburg community, in view of its cosmopolitan character, imposed a certain linguistic discipline. Goethe’s language was consequently established as the main means of communication, as the only common tool. This encouraged the learning and use of the language.

The second challenge was that of a culture shock. The habits and customs encountered in Germany are so different from my usual cultural behavior.

For example, I remember the meals, which I found to be very difficult to adapt… AnotherAnother example, this time relating to social behaviors, is the tendency to be indifferent to strangers: hardly anyone responded to a stranger who greeted them. 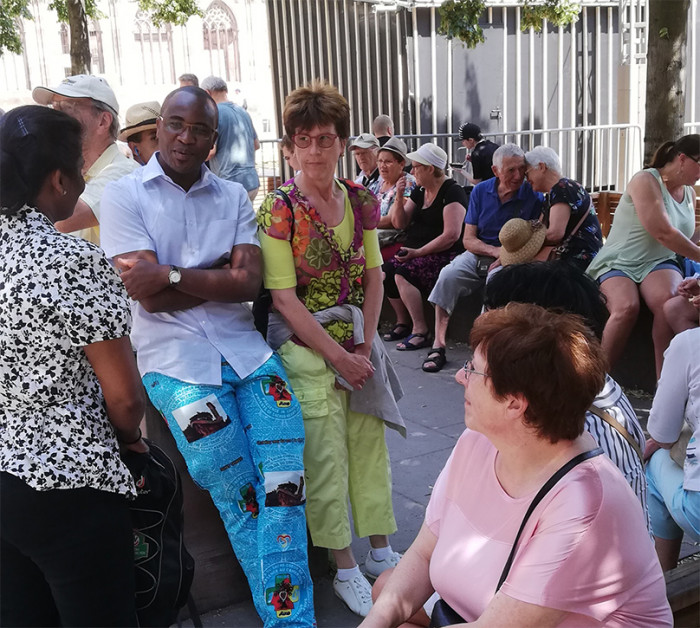 Nevertheless, I also met people who were very open, welcoming, magnanimous, and always ready to help – on the trams, in the street, at the university, in entertainment halls, in the community, in short, wherever providence led me. The story of my first friendly encounter with a fellow student had left a lasting impression on me. It was an afternoon in October, at the dawn of Autumn, in a soothing climate. The new academic year had barely begun and we already had work to do at home. The structure of the course at the beginning of the year made it necessary. I had hidden in the darkness of the playground, preoccupied by an exercise that made me feel sorry for myself. A classmate noticed, approached me, held out his hand and said, “Hello.” After answering him, he asked me in a friendly manner if I was worried and if I needed help. I asked him a question and he gently explained it to me and made sure I understand. Then he said good bye and left … I marvelled at this pleasant surprise and attention!.

During my 7 years of study and life in Germany, I have forged friendships that remain to this day.

Lessons to be learnt

The experience whose journey is just about to end will have allowed me to discover the splendour of the German culture, rich in its language, faithful to its principles and meticulous in its work. It will also have allowed me to experience the evidence that one can only truly live in a foreign environment, in faraway lands, with people one gets to know and love, if one tries to make their habits one’s own. Of course, without omitting your own habits. 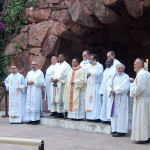 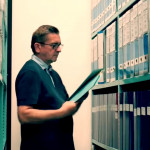 “I am rich in the historical memory of the Congregation”

Interprovincial Meeting of Formators of the Brazilian Provinces

From September 13 to 15, 2022, another Interprovincial Meeting of Formators of the Brazilian Provinces took place.

Joy of life, openness, credibility and a welcoming attitude.

New missions in Europe, formation and places of the foundation were themes of today's meeting.

“Teach me how to live my baptism better”

Farewell to our seminarian Osvaldo Henrique.

“I am rich in the historical memory of the Congregation”