India is pluralist, multicultural and religious. Pope Francis' encyclical is an appeal to overcome the closures of castes and religions. The challenge of the Dehonians is to work for unity.

The third encyclical of Pope Francis Fratelli Tutti (All Brethren) hit the world on the eve of the feast of Saint Francis of Assisi (4 October 2020). It consists of 8 chapters, 287 paragraphs, and around 43,000 words: a universal call to human fraternity and social friendship. It is a call that goes beyond religious, political, racial, ethnic, and institutional spheres. The pope himself visited Grand Imam of Al-Azhar, Ahmed al-Tayeb, in Abu Dhabi, on 5 February 2019, on the commemoration of the 800-year anniversary of St. Francis of Assisi’s visit to Sultan Malik al-Kamil of Egypt in Damietta in 1219. Following Saint Francis, Pope Francis challenges the secularist, individualistic, and multi-religious society of today’s world with a basic fundamental question: Who is my neighbor? [Lk 10: 29, 37].

There is a D-factor in the encyclical: Darkness, Divisions, Deconstructionism, Domination, and Discrimination that prevails in today’s society in all configurations of life. The Pope says, “We no longer have use for empty Diplomacy, Dissimulation, and Double-speak that mask realities” [#226] of the day. On the other hand, he proposes Dignity, Dialogue, Discernment, Democracy, and Deeds, as the means to an F-factor: Fraternity, Friendship, Forgiveness, and Family. He emphasizes that the earth is our home, we, humans, are a family, knit with fraternity and friendship. He begins the encyclical with the shadows of darkness that divide and rule the people while he ends it with a universal call to religions to construct unity and fraternity. He described that all (humans) are brothers and sisters because everyone is an image of God (Col 1: 15), and all humans have the right to live with dignity (#106). The person’s identity is not restricted to color, creed, caste, nor is it of a tribe, nation, or faith (#117).

Instead, it lies in recognizing the other as one’s self that the person is identified as he/she is. Therefore, he presents the example of the Good Samaritan who, despite being ridiculed publicly, discriminated socially, stops and steps forward to assist the injured because he identified himself with the broken, wounded, and the robbed. In reference to Samaritanus Bonus, the Pope speaks of migrants, the outcast, the poor, and the needy, particularly in this period of Covid-19. He says that the recent pandemic enabled us to recognize and appreciate once more all those around us who, in the midst of fear, responded by putting their lives on the line: “We began to realize that our lives are interwoven with and sustained by ordinary people valiantly shaping the decisive events of our shared history: doctors, nurses, volunteers, priests, and religious. They understood that no one is saved alone”. (#54) The Love-factor (love of God) and love of neighbor urges all to act as a neighbor to the other. The subjective response surpasses religious fundamentalisms, C-factor (Caste, Color, Class, and Creed) prejudices, and self-orientation to move towards the fundamental phenomena: I am the neighbor.

The Pope quoted Mahatma Gandhi in addition to Francis of Assisi, Martin Luther King, Desmond Tutu, and Charles de Foucauld as some of the sources of wisdom that inspired him to address this encyclical. He also quoted the CCBI (Conference of Catholic Bishops of India), whose affinity he shares as the vicar of Rome. With this fraternity expressed towards India and the Indian church, I would like to attempt to draw attention on two levels: the actualization of the encyclical and its challenges in India today. The encyclical nails the present Indian scenario where the rights of minorities are at stake, religious fundamentalism the right to religious liberty, the oppression of Dalits and the gender bias (women) exacerbate the right to equality, poverty and human trafficking deteriorate the sense of fraternity. Moreover, India’s national identity as a pluralistic, multi-cultural and religious, is questioned. There are three dominant social evils in India that define human dignity and dominate the society: Religion, Caste, and Social living. Everything revolves and evolves in and around these. The image of the Samaritan or the Migrant of the encyclical, can be Indianized by the figure of a Dalit. He is deprived of his fundamental human rights as an untouchable, prohibited from entering temple premises and is born to serve the higher castes since the foundation of the theory of Karma (fate and destiny). Dr. B. R. Ambedhkar was a Dalit, who identified himself with the untouchable, broken and wounded of the Indian society. He resembled the Samaritanus Bonus for having brought dignity and identity to millions of Dalits as the sole author of the Indian Constitutions. He became a neighbor to millions of people that suffer injustice and inequality in India.

All Indians are my brothers and sisters

The Indian Catholic Church is not far from the Theory of Karma which divide and rule the Indian society into castes since centuries. While Dalits represent 70% of the Catholic population out of 174 bishops, there are only 11 Dalit bishops, besides 90% of priests and religious represent higher castes. However, in addition to the lack of unity and uniformity of the Indian Church, Christians face a new millennium threat as foreigners in the homeland. The implementation of CAA, the outcry of the minorities, rage of the religious fundamentalism, suspension of NGO’s and the allegation against Fr. Stan Swamy S.J., etc., are the burning issues of India today that need to recall the national pledge into action: India is my country, and all Indians are my brothers and sisters. In this way, inter-religious dialogue and mutual respect could be probable methods to create peace, harmony, fraternity and a sense of belongingness of Vasudhaiva Kutumbakam (the world is one family) in India. Let this be our moto: Sint Unum (that all may be one). 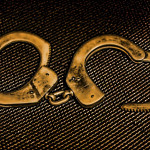 We publish here the letter of invitation that the Bishop of Trondheim Msgr. Erik Varden wrote to the Dehonians. The letter is followed by a report of the bishop's visit to the Dehonians in the Generalate community