The first SCJs arrived in Portugal 75 years ago. The event, which coincides with the Feast of St. John the Apostle and Evangelist, was marked with a Mass of Thanksgiving and the ordination to the diaconate of the deacons. The Solemn session opened the album of memories and happy memories. The President of the Republic graced the Congregation with the Order of Merit.

The Portuguese Province of the Priests of the Heart of Jesus celebrated 75 years of presence in Portugal last December 27. The history of our Province began with the arrival in Lisbon of Fr. Angelo Colombo and Fr. Gastão Canova, sent by the Province of Northern Italy to found the Congregation in Portugal. The main objective was to prepare missionaries for Mozambique, which at the time was a Portuguese colony. The place chosen to realize the dream was the island of Madeira, where the Archbishop of the capital of Mozambique, D. Teodósio de Gouveia, was from, who indicated that island as a land of vocations and missionaries. And it was to Madeira that, in January 1947, the two priests headed. That very same year they founded the first Dehonian seminary in Portugal. God’s Providence, combined with the vision, dreams, adventure, and faith of the two founders, caused the Congregation to expand in a few short years to the principal cities of the continent: Lisbon, Coimbra, Aveiro, and Porto. In these 75 years, many missionaries left for Mozambique, later for Madagascar, Angola, India, and other regions of the Orient. The missionary spirit has always accompanied the history of the Province. It is like our guiding thread. To it are added other essential dimensions of our apostolate: the formation of candidates, youth ministry, teaching, parish service, care for the poorest and most disadvantaged… It has been 75 years of serving the Church and society according to the wish of Fr. Dehon: in availability and love “to hasten the Kingdom of the Heart of Jesus” (Spiritual Directory, 284).

December 27th was celebrated in an atmosphere of thanksgiving and hope for the future. The place chosen for this solemn celebration was the Nossa Senhora de Fátima Seminary in Lisbon. In a time of pandemic with several constraints, it was, however, possible to mark this beautiful event in our history. The Superior General (Fr. Carlos Luis) and the Provincial Superior of the Province of Southern Italy (Fr. Ciro Moschetta) honored us with their presence. Also present were the prelate and four SCJ bishops, many confreres from the various communities and missions, and many friends, benefactors and members of the Dehonian Family. The celebration began at 11 a.m. with a Mass of Thanksgiving and the Diaconate ordination of Antonio Jesus, presided over by the Cardinal Patriarch of Lisbon, Msgr. After the festive lunch, the Solemn session followed in the Seminary’s auditorium. The session included the sharing of testimonies by some SCJs, by a former SCJ and by a couple from the Dehonian Family. The confreres who celebrated jubilees of life, religious consecration and priestly ordination in 2021 were honored. The book “Dehonianos, a força da disponibilidade”, written by a team of renowned Portuguese historians, was also presented. It is a voluminous book of 600 pages which tells the story that God wanted to write with the help of dozens of SCJs who throughout these 75 years have served the Province with great generosity and ecclesial sense. The Superior General, Fr. Carlos Luis, took the floor to express his joy for the celebration of this anniversary and took up a phrase heard during the ordination rite of the deacon to propose it as the motto for the new stage that the Province is called to take: “Believe what you read, teach what you believe and live what you teach”.

Marcelo Rebelo de Sousa, received in audience at the Presidential Palace a delegation of SCJs made up of the Superior General (Fr. Carlos Luis), the Provincial Superior (Fr. João Nélio), the Provincial Treasurer (Fr. José Camilo) and Msgr. In his speech, Prof. Marcelo Rebelo de Sousa underlined the important social and religious action of Fr. Dehon in the context of the time in which he lived and he lavished praise on the work of the Dehonians in Portugal and in the world. The President of the Republic awarded the Portuguese Province of the Priests of the Sacred Heart of Jesus with the Order of Merit, which, according to the law of the Portuguese Honorific Orders, is meant to reward meritorious acts or services performed in the exercise of any functions, public or private, that reveal abnegation in favor of the community.

For all that we have lived and celebrated with great joy and gratitude, we feel that Jesus cherishes us as if we were a “beloved disciple” and we can only say: Vivat Cor Jesu!

Video “A Greater Love” about the SCJ Portuguese Province 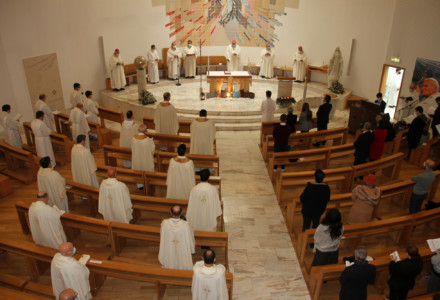 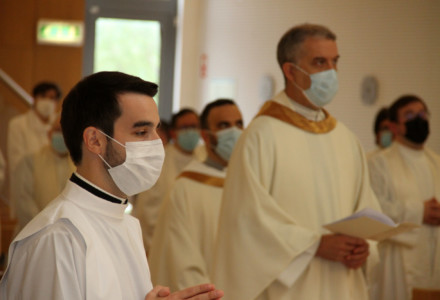 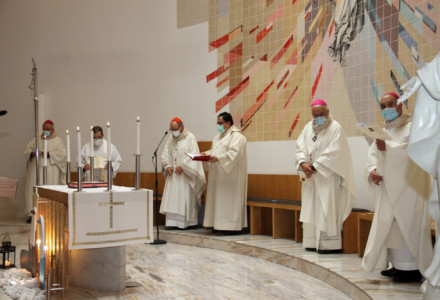 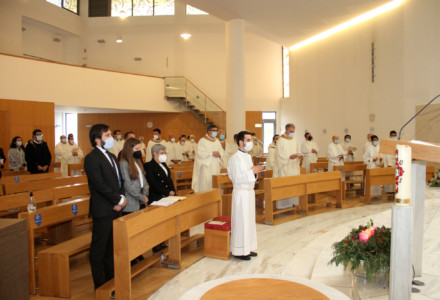 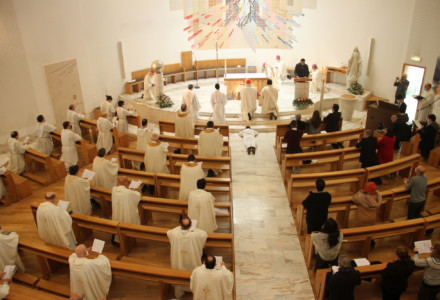 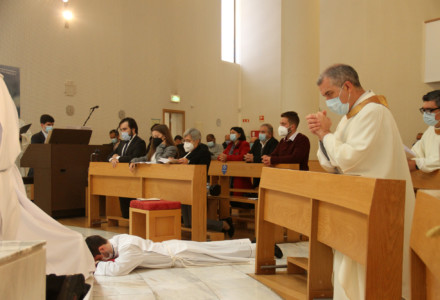 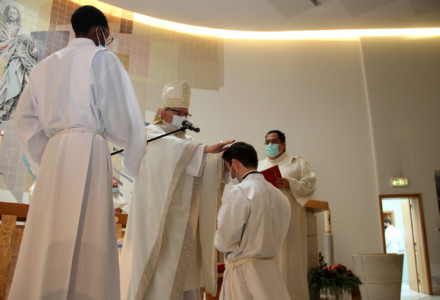 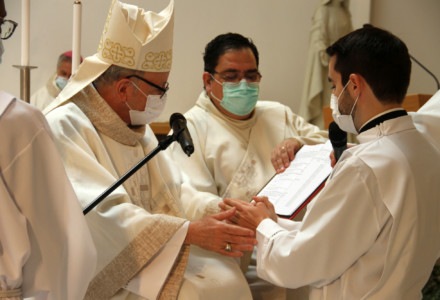 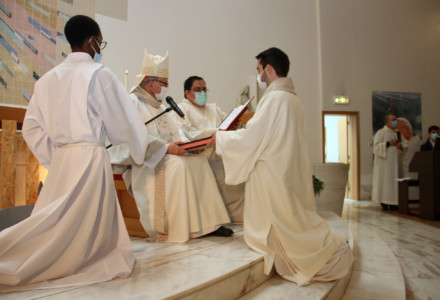 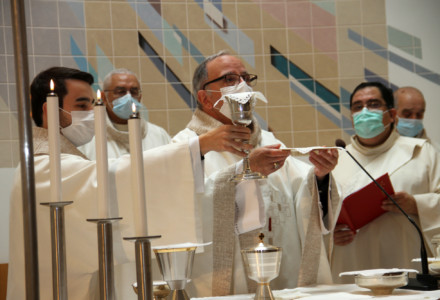 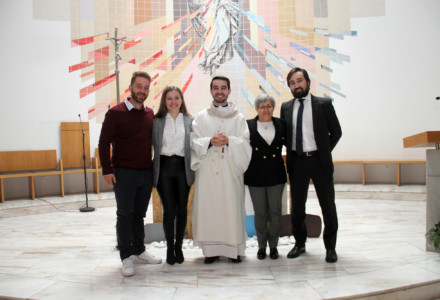 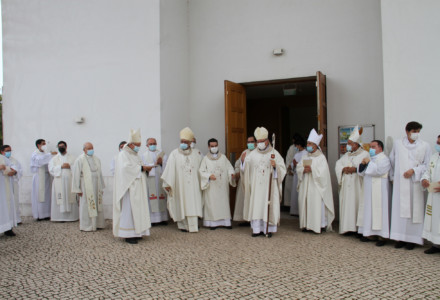 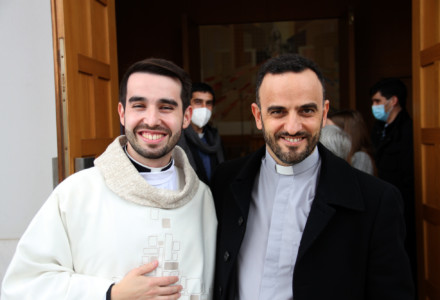 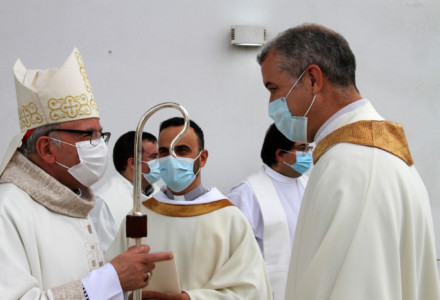 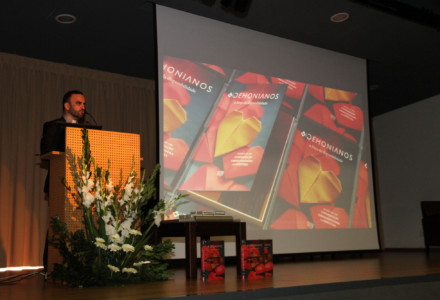 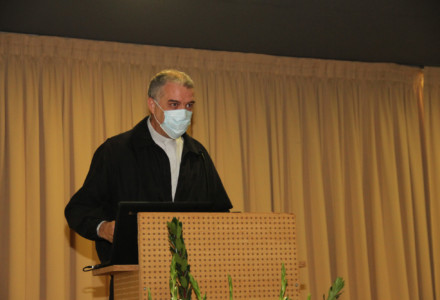 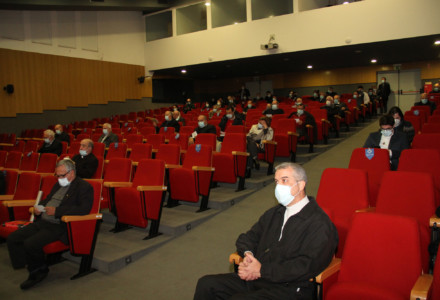 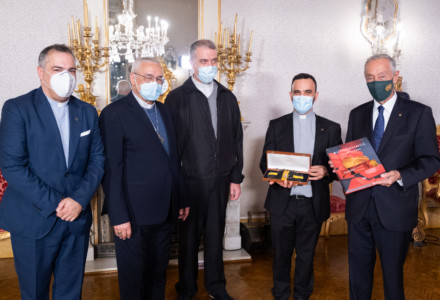 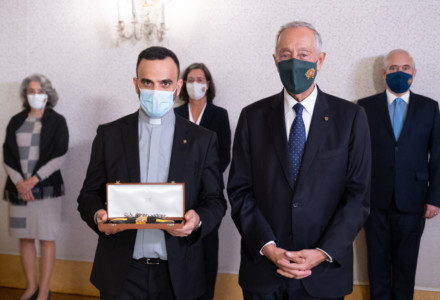 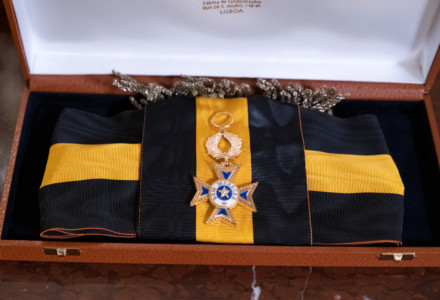 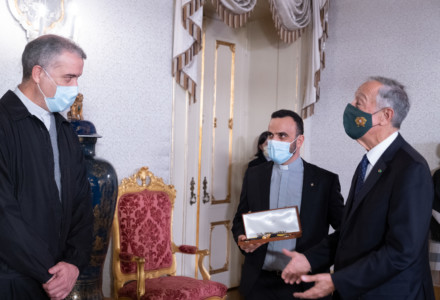 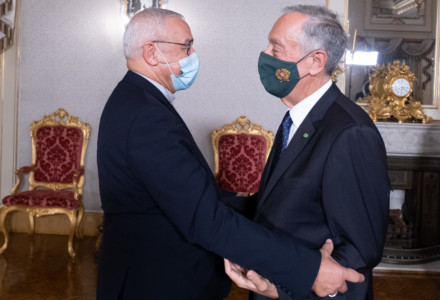 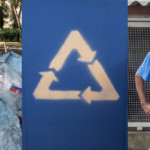 Letter from a missionary in Albania

Letter from a missionary in Albania