The SCJs in Portugal, after the various waves of the pandemic, have regained life and pastoral dynamism as if awakening from a long sleep. But it is a resumption that is not and cannot be the same as it was before the pandemic. We are living in new normality and a new time where we are called again to be prophets of love and servants of reconciliation.

The pandemic has changed the routines, the rhythms, the programs, the projects and the initiatives we were used to. After having fought several waves of Covid-19, it seems that now we will be able to resume life in a new model of normality. Yes, because many things cannot go back to the way they were before the pandemic! And even what we used to do, now we have to do differently. Life has changed a lot!

Here are some initiatives and events that SCJs in Portugal have been able to take up again in this final part of the year, celebrating them in this new context in which we are called to live our prophetic mission.

The Portuguese SCJ Province is celebrating 75 years of presence in Portugal. As the years go by, several ephemerides arise that are worth mentioning.

While on the one hand there are confreres who are getting older and celebrating their jubilees, on the other, we rejoice with the young men who are completing the first stages of their formation journey.

On 27 June last, Tiago Pereira was ordained priest by Msgr. José Ornelas in the parish church of Santo André (diocese of Setúbal), entrusted to the Dehonians. On July

11 he will celebrate his first Mass in his parish, São Cosme, on the outskirts of Porto. Amaro Vieira, a native of that parish and a missionary in Angola.

António Jesus, who a year ago finished his religious life training in the Southern Italy Province, completed his theological studies this year in Lisbon. In September he will make his Perpetual Profession. During this month she does her immediate preparation. At the moment she is participating in an international course that is being held in the Claretians’ spirituality centre in Madrid.

João Nélio took office as Provincial Superior, together with the four Councilors, during the next three years, are called to revitalize the life of this Province that is trying to recover from the pandemic. Charles Aimé Koudjou, who is in Portugal to learn Portuguese so that he can more easily accompany the African entities who speak the language of Camões. From the homily of the new Provincial Superior, we highlight the following passage: “In the Gospel of this day, we are 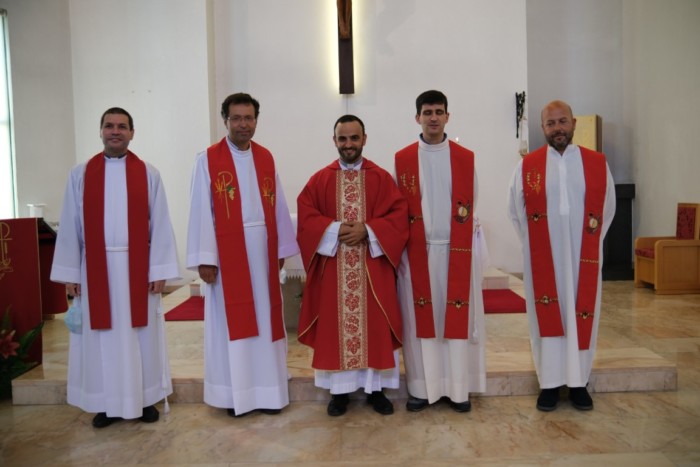 confronted with the strong Words of Jesus, who invites us not to let ourselves be seduced by the glitter of power, grandeur, influence, but to plunge with Him into the mystery of simplicity and service, where the small becomes great, where the first is the last. Jesus teaches us that the greatest is the one who serves. …] Before the provincial community we present ourselves in this way, we too, ready to serve. […] May the Lord pour out abundant graces from his Heart on each of us so that, within the mission entrusted to us and discerning the will and signs of God in our lives and in the lives of our communities, we may transmit the joy and wisdom of those who believe and who never tire of being disciples of Jesus.”

Making up for lost time

In this final part of the pastoral year, with the openness that the pandemic allows, it has been possible to set in motion several activities that were suspended, some of them more than a year ago. In the 29 parishes entrusted to SCJs, it has been possible to celebrate the various stages of growth in the faith of children, adolescents, and youth, with emphasis on the celebration of First Communion, Profession of Faith, and Confirmation. At the SCJ Center in Porto, it has also been possible to resume various university ministry activities: Sunday Mass, Taizé prayer, and thematic meetings. Little by little, we are making up for the lost time in the hope of a better future. 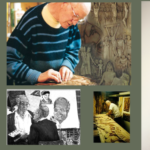 It all began at the Madeira island, with the aim of preparing missionaries for Mozambique.

Reflections by 27 Dehonians on the time of the pandemic and the impact in personal, social and ecclesial life.

We present the projects that are being developed by SCJ volunteers linked to the Provinces of Spain and Portugal.