Pope Francis grafts himself into the tradition of the Church's social teaching.

With one of the direct and unsettling expressions to which he has accustomed us, Pope Francis returned to the theme of private property: sharing it, he said, “is not communism, it is Christianity in its purest state.” In a more extended and argued form, he had already dealt with it in Fratelli tutti (cf. no. 120).

There he referred to the previous pontifical magisterium according to which “the principle of the common use of the goods created for all is the first principle of the entire ethical-social order, it is a natural, original and primary right” and quoted Paul VI’s Populorum Progressio: “all other rights, including that to private property, must not hinder, but, on the contrary, facilitate its realization”.

To reinforce the concept, Francis concluded, “This has very concrete consequences, which must be reflected in the functioning of society. It frequently happens, however, that secondary rights are placed above priority and original rights, depriving them of practical relevance.”

In the wake of tradition

It is worth dwelling on the meaning and weight of these words. In the meantime, Francis is grafting himself into the most proven tradition of the Church’s social teaching.

The substance is already all there. Including the Thomistic distinction hinted at by Pope Montini between natural law, original and primary (the universal destination of goods) and secondary and derived natural law (private property). What Francis significantly adds to this distinction can be traced back to practical discernment regarding the concrete evolution of contemporary capitalism.

He, in the words highlighted above, makes two emphases:

a) the aforementioned hierarchy of values and rights is not a “theory” without implications, it should have decisive practical implications in economic, social, and political relations, in the distribution of resources and power;

b) however, in reality, this is not the case: hierarchies are frequently subverted, the right to private property ends up prevailing over the – superior – principle of the universal destination of goods.

Therefore, Francis does not depart from tradition and from his predecessors. But at the same time – it should be noted, and this is not insignificant – his magisterium is marked by a historical-concrete approach (perhaps a trait of Ignatian spirituality), by an adherence to the developments of capitalist economies and societies; let’s face it, by a frank, severe judgment on their contradictions, on the human, social, and environmental costs that that model of development brings with it.

If we want, here we can find traces of a point of view that is not unfamiliar to the extraction of a Pontiff who comes “from the end of the world”, to whom it is easier to see the limits and failures (and not only the undoubted conquests) of the Northern world and the developed West. Helpfully questioning the opinion according to which there is a natural consonance between Christianity and the West, an elective affinity. A thesis dear to those who indulge in the idea of Christianity as a civil religion.

Even before Fratelli tutti, he had already dealt with this issue in Laudato si’ and returned to it several times in occasional interventions. Think of his denunciation of the culture of waste or of the economy that kills; of his words without discount on armaments, immigration, vaccines, inequality, poverty. Contradictions that the global scourge of the pandemic has, if anything, exacerbated and made more manifest.

The Pope’s contribution is a contribution to a concrete discernment and a stimulus, addressed to Christians, to the lucidity and courage of a prophetic judgment, which, though without integrism, is measured by the radicality of the “greater justice” proclaimed by the Gospel.

It is difficult not to discern, even only between the lines, a call to Christians not to conform, not to surrender to a misunderstood realism, not to join the already overcrowded “party” of TINA (the Thacherian “there is no alternative”, there are no alternatives to the current system). Hence also the Pope’s words of encouragement for those popular movements fighting for the social elevation of workers.

To evoke the ancient and ever new paradigm of the Letter to Diognetus, it implies the call to stay cordially within the city of men while preserving the “Christian difference”, also thanks to the participation in concrete experiences of “alternative communities” (a theme dear to Martini). Alternatives to the logic and practices, mostly functional and contractualistic, that inform social relationships. Not in the same concrete form, but inspired by the primitive communities and the sermons of the Fathers of the Church.

It is not by chance that Francis quoted the Acts of the Apostles where “no one considered what belonged to him to be his property, but among them all things were common”. It would be naïve to imagine that the macrosociety could establish a regime of communion of goods, but they are not (naïve):

a) the idea that not all human and social relationships are by definition and always utilitarian in nature, that they also know the gratuitous, oblative dimension of unequal exchange;

b) the ambition to build communities, vital generative and regenerative worlds, which can bear witness to and radiate in the wider society alternative logics to the dominant ones of mercantile exchange.

It is likely that models other than the dominant model of capitalist economics – I am thinking of the economy of communion or the civil economy, which aspire not to submit to the dictatorship of the market and profit – cannot represent a systemic alternative. 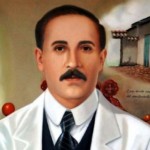 J.G. Hernández: the Venezuelan ideal in an ideal Venezuelan

The church and social justice

An encounter, with an ecumenical focus and the Church's commitment to social justice, between Fratelli tutti of Pope Francis and Per la vita del mondo, towards a social ethos of the Orthodox Church, signed by Patriarch Bartholomew in 2020.

"Economics in the Service of Charism and the Mission of the Dehonians" is the theme of the Polish Provincial Conference, which took place online from 19-21 April 2021: "We have looked at economics these days in the light of fidelity to our charism”.

Appeal by the Holy Father

J.G. Hernández: the Venezuelan ideal in an ideal Venezuelan