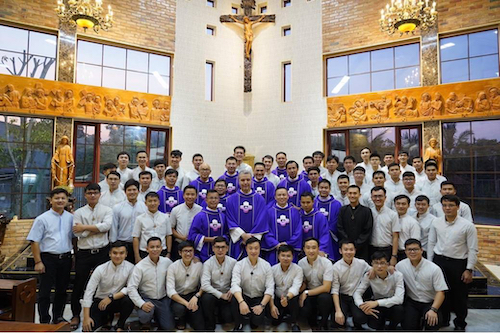 Fr. Carlos Luis Suarez Codorniu, the General Superior of the Congregation of  the Priests of the Sacred Heart of Jesus made a canonical visit to the SCJ District in Vietnam.  I, Fr.Vincentius S. Herimanto, as General Councilor for Asia accompanied him from the 2nd – 14th March 2020. Though the outbreak of the coronavirus almost cancelled our plans,  after searching for an opportunity we both arrived safely in Ho Chi Minh City.

The Vietnam District is a young entity in Asia. It was established as a District on August 12th, 2013. Since becoming a District the presence of the Congregation has grown fast and has become very promising. God showers His blessings by sending us a good number of vocations. 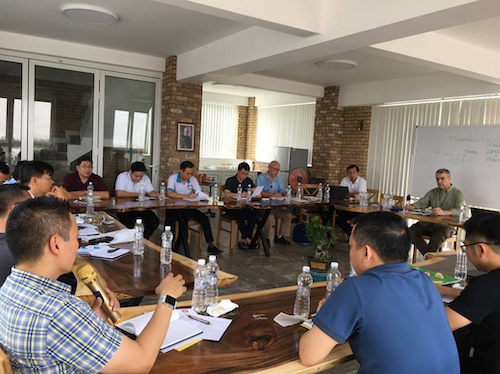 As of now, the Vietnam District has 7 candidates who are studying in college, 22 students studying Philosophy, 7 postulants, 23 novices and 20 scholastics in temporary vows and 2 deacons. They are aware that a lively faith will strengthen the community life and be a way of bearing witness to others. Sint Unum, as Jesus prays for his disciples, becomes their encouragement in this effort.

Community life, the Eucharist and Adoration are all the main spiritual sources of energy and strength. In this sense continuously building up the community is one of the main missions of the Vietnam District.

The SCJs serve in several ministries: formation and vocations work, parish pastoral work, teaching in a major seminary and in an Institute of Catholic Education.  They are also involved with the accompaniment of young people in a boarding school and a social apostolate which involves the education of the children of workers. The District feels so thankful for the grace of God experienced through the support of many generous benefactors.  They also receive a warm, fraternal welcome from some of the local dioceses so that the SCJ’s can be present in their local Churches.  Hopefully with good numbers of vocations coming from different parts of Vietnam, the Dehonian presence may grow even more widely and be able to provide more services to the local church and the people of Vietnam.

Despite the progress that should be acknowledged, the District still has challenges to be addressed.

The ongoing formation of young priests is very important, considering that most of the members are young religious, under 10 years since their ordination. Preparation of qualified formators is important to ensure that the formation process is fruitful. Opening new forms of ministry will be very significant, considering that the District will continue to have more young members over the coming years.  And of course, animating the candidates or the members of the District to join the mission of the Congregation in other parts of the world is also very important.

Hopefully the canonical visit of our general Superior brings a new spirit for all the members of the Vietnam District. 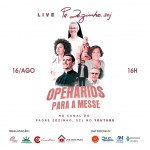 Labourers to the harvest

Labourers to the harvest