In the Apostolic Exhortation “Gaudete et exsultate”, Pope Francis invites us with strength and delicacy: “Let the grace of your baptism bear fruit in a path of holiness. Let everything be open to God; turn to him in every situation. Do not be dismayed, for the power of the Holy Spirit enables you to do this, and holiness, in the end, is the fruit of the Holy Spirit in your life (cfr Gal 5,22-23)” (Gaudete et exsultate, 15). Holiness is a journey together with God. We can think that achieving holiness is only achieving concrete or specific heroic acts and we forget that holiness is a lifelong journey. It is a journey that takes place slowly, or as Pope Francis says: “This holiness to which the Lord calls you will grow through small gestures” (Gaudete et exsultate, 16).

Our Congregation has been characterized by the mission “ad gentes”. From the very beginning, our Institute was clear that being a missionary was one of our vocations. Like martyrdom, it characterized the life of oblation and the generous giving of many of our Dehonian confreres.

We will approach three witnesses who were able to bear witness to Jesus through the Word and the generous gift of offering their lives, shedding their blood to follow Him. Blessed Juan Maria of the Cross, Fr. Martino Capelli and Fr. Bernardo Longo are witnesses and examples for our lives.

Blessed Juan Maria of the Cross: “I am very happy to be able to suffer for Him who suffered so much for me, poor sinner”

Blessed Juan María de la Cruz García Méndez was born on September 25, 1891 in San Esteban de Los Patos (Avila). He received a call to the priesthood, and entered the seminary in Avila. He was ordained a priest and exercised his ministry as pastor in several villages of the diocese.

In 1926, after meeting Fr. Zicke, SCJ, the founder of the seminary in Puente la Reina, he made his profession in the Congregation of the Priests of the Sacred Heart. In Puente la Reina, for nine years, he was responsible for the daily needs of seminarians and encouraged their vocation.

At the outbreak of civil war, he came to Valencia in search of refuge. When he saw the church of Saint Johns burning, he stopped, horrified. Despite wearing plainclothes, he did not hide his vocation and exclaimed: “I am a priest”. A month later, on the night of August 23, 1936, he and other prisoners in Silla (Valencia) were shot and killed.

On March 11, 2001, he was beatified by Pope John Paul II. His memorial is celebrated on September 22, and he is invoked as “Patron of Dehonian vocations”.

God, our Father, You are rich in goodness and mercy,
Grant us that through the intercession of your servant
Blessed Juan Maria de la Cruz scj
we may imitate his generous life
and commit ourselves to the fullest in the service of vocations.
May we always be witnesses of your love
among the poor and the humble.
In your heart, grant our desire
to see him glorified in the Church.
We hope that, through his prayers,
we can obtain the grace we ask for …
To you who live and reign forever and ever. Amen.

The Servant of God Martino Nicola Capelli: “Allow me to be a martyr one day” 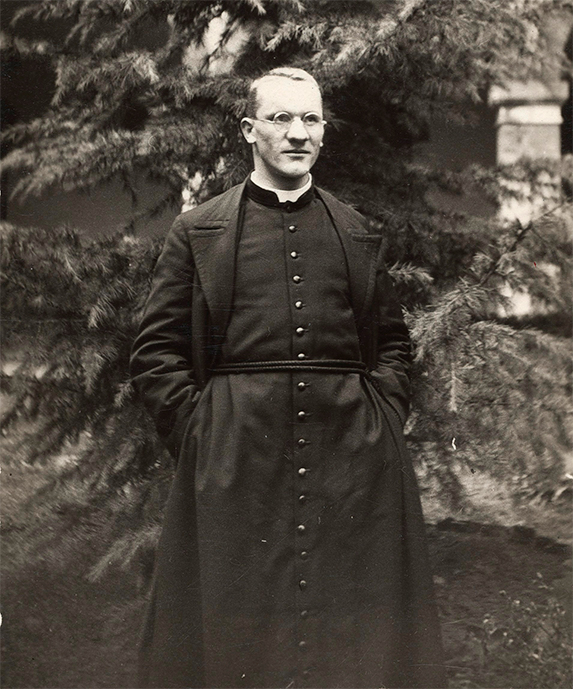 He was born in Nembro (Italy) on September 20, 1912 and entered religious life as a Dehonian in 1930. He was ordained as a priest in 1938. After studying at the Biblical Institute and at the Urbaniana University of Rome (1939-43), starting in 1943 he taught theology at the SCJ Seminary in Bologna. Because of his dedication to the people oppressed by the Nazi-fascist invasion –– to whom he brought assistance and religious comfort, especially the wounded –– Fr. Martino, together with a Salesian, Fr. Elia Comini, was arrested on September 29, 1944 by the Nazi SS in Pioppe di Salvaro (a town near Bologna). On October 1, 1944 he was shot, and then died, along with 44 other victims, when they were attacked with hand grenades.

Lord Jesus, good Shepherd,
we thank you for calling
Father Martino Capelli
to live in your Church
as a religious priest,
consecrated to your divine Heart.
We ask you through his prayer
to be strengthened in hope,
rooted in charity,
so that we too
can be a service of love to you
and to our brothers and sisters
for the joy and glory of the Father.
Heart of Jesus, in your infinite love,
grant us grace
that we confidently ask you,
through the intercession of Fr. Martino
devoted son of Mary of Sorrows
and ardent apostle of reconciliation
and peace. Amen

The Servant of God Bernardo Longo: “The Sacred Heart at this moment gives me so much inner peace” 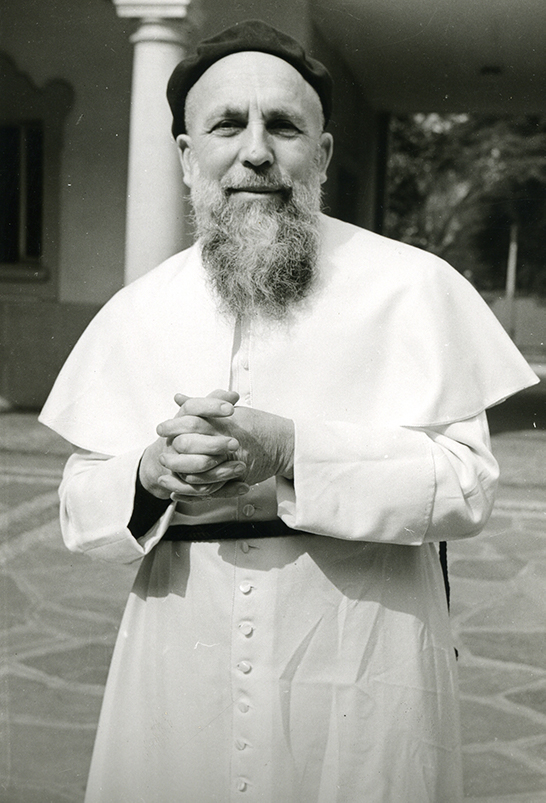 Bernardo Longo was born in Pieve di Curtarolo, in the province of Padua (Italy), on August 25, 1907. He entered the Congregation of the Priests of the Sacred Heart of Jesus and after his priestly ordination he went as a missionary to Argentina in March 1938. In October of that same year he went to Africa, to the mission of the Upper Congo.

Over the years he made several trips to various cities and villages to preach the Gospel and announce the Good News of Jesus. In 1950 he settled in Nduye, a small village in the heart of the Ituri jungle and created the Mission in which he would live until 1964.

On November 3, 1964, when he was 57 years old, he was tragically killed by the “Simba” guerrillas. He offered his life as an extreme act of charity, generosity and Christian coherence.

We bless you,
Lord Jesus, good shepherd,
because you donated Fr. Bernardo Longo to the Church,
priest of your Heart,
and you called him to announce
the Gospel to the poor
and to witness it with the sacrifice of life.
Look at our poverty and by his prayer
deign to grant the grace we ask of you…
Make us share in the feelings of your Heart
and give us your Spirit
so our life may become
a living offering to God the Father
for his glory and joy. Amen. 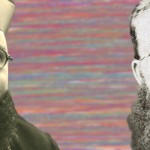 The 57th anniversary of the death of Fr. Bernardo Longo, SCJ

The 77th Anniversary of the Death of Fr. Martino Capelli, scj

Causes of beatification and canonization in the SCJ Congregation: Bishop Wittebols and Fr. Francisco Geraedts.