The world has been experiencing a corona virus crisis for several months. According to the experts, the pandemic will accompany us for another two years before it disappears. There are many ways to deal with this crisis. As a Dehonian family, we are called to a profound inner change.

In the book of the Acts of the Apostles, chapter 2, Peter addresses to the crowd on the day of Pentecost and they feel that their hearts were pierced when they heard his word. Then they ask Peter: “what are we to do”. And he answers: “Convert … and you will receive the gift of the Holy Spirit’’.

The whole world has been living under a corona virus threat for several months. The crisis has already caused so many deaths and so much suffering. There are people who have lost their loved ones, a large number of families no longer have what it takes to live and increase in unemployment. Not to mention the shocking effects in many fragile economies, especially in the weakest countries. This crisis will have serious consequences and will last for a long time and experts say that the corona virus will accompany us for at least another two years before it disappears.

Do we really feel our hearts are pierced in the face of these situations?

What should we do?

We have heard ourselves repeatedly that, after this crisis, nothing will be the same as before and in order to move forward we will need a profound conversion from everyone because, as Pope Francis says, “we are all in the same boat”.

The time we have is, therefore, a time that requires a profound change in order to return to a more sober lifestyle, freeing ourselves from all the superfluous and useless things, safeguarding the creation and coming out of a culture of consumerism which has also infected, we the religious.

How can this time be transformed into a time of grace? The answer, we the Dehonians draw from our spirituality, from the contemplation of the pierced Heart of Jesus. First of all, we must begin with a profound renewal of our fraternal communion; secondly, we must open our hearts to the sufferings of the world with an attitude of solidarity and participation.

The renewal of our fraternal life

The Lockdown, imposed by the corona virus has forced us to give up so many outside activities and stay more in the community, and therefore in smaller spaces, in close contact with each other. In this situation, it is not easy to speak on and  put Paul’s exhortation into practice: “Dress yourselves therefore with feelings of tenderness, goodness, humility, gentleness, meekness, magnanimity, putting up with each other and forgiving one another, if someone had something to complain about another. As the Lord has forgiven you, so do you also (Col 3:12-13).

However, the limitations required by the corona virus have positively fostered greater mutual attention, which was often lacking. Now the situation allows us to exercise mutual respect and co-operation.  Above all, this situation has helped us to rediscover the authentic meaning of our being together  as Dehonians, as it is written in our rule of life, ‘living in the service of the common mission, assiduous in fraternal communion in community life, faithful to the prayer life and the breaking of the bread.

Solidarity with those who suffer

Another positive aspect is that we truly felt our hearts were pierced in the face of the suffering of so many of our brothers and sisters in every part of the world. This feeling touches deeply within our Dehonian spirituality. The corona virus is not a “punishment of God” to humanity, as some people think. In fact, God has compassion for those who suffer, suffer with who suffers and shows His tenderness to all. As Scripture says: “He has taken our infirmities and charged himself with our diseases. (Mt 8 17).

Our spirituality springs from the contemplation of His pierced heart. This spirituality invites us to look at the world with this same compassionate and merciful heart of His. It teaches us to give ourselves as He gave himself, until the handing over of our own lives for the love of our brothers and sisters. We repeat it every morning in our acts of oblation. I wish to quote a prayer, taken from the prayer patterns of our Northern Italian Province, we say: “We offer you our lives so that in your Son you may become a sacrifice that washes the sin of the world”; “Make us sensitive to the pain of the men and available to their needs. The contemplation of the pierced heart becomes in us a source of solidarity”, or: “Accept our life that we wish to offer you until the total sacrifice of ourselves”.

These “joys and hopes, sadness and anguish” must be brought before the Lord every day, especially in our daily Eucharistic adoration. And, as Pope Francis says during the Angelus of August 8th: “Let us go to Jesus, let us knock on his heart and say to him: “Lord if you can heal me! And we can do this if we have before us the face of Jesus always, if we understand what the heart of Christ is like: a heart that has compassion which brings on itself our sorrows, brings on itself our sins, our mistakes and our failures”.

This ability to give off ourselves, the corona virus crisis has shown us in the many examples that we have seen and still have before our eyes hundreds of doctors, nurses and members of the health care staff who have literally sacrificed their lives to the point of dying to cure the sick. They are, Pope Francis would say, “the saints next door”. Holiness is not only read in books but in the history of everyday heroism. How many people, though not religious, have given us an admirable example of it.

I would like to end by reporting a moving incident – one among many – told by a nurse from a small hospital in the neighborhood of the province of Bologna.

In the first weeks of the pandemic, a patient over eighty years old with high fever and breathing difficulties was sent to the ward. Despite the breathlessness, the elderly man was alert, silent, and aware of what was happening. The doctor was trying to put him on the respirator then the phone rang: another patient in his 40s with serious respiratory problems was on his way.  The nurse was just on time to report it to the doctor with distress that she could not even speak because she knew that the only ventilator available was the one that was being prepared for the elderly gentleman. She yelled, “But Doctor, we don’t have any more ventilators.” meantime, the new patient had already arrived, his eyes barred by fear, by fever, by the thought of being there alone, far from his family.

The old, silent man watched the whole scene, then with a nod of his hand he called us and then a voice came out from under the oxygen mask: “I am too old, I have already lived my life, give the fan to that young man who perhaps has a family…”.  The doctor with a knot in his throat only knew how to say “thank you” and immediately moved r the other patient. The nurse says “ I hid my tears under the mask, I would have liked to embrace that noble grandfather, but I shook his hands tightly and I don’t remember what I said to him, but I stared at those deep eyes, full of tears and dignified pride and the words of the Gospel came to mind: There is no greater love than this: to give one’s life for friends”. 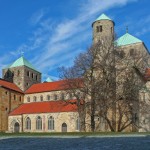 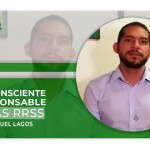